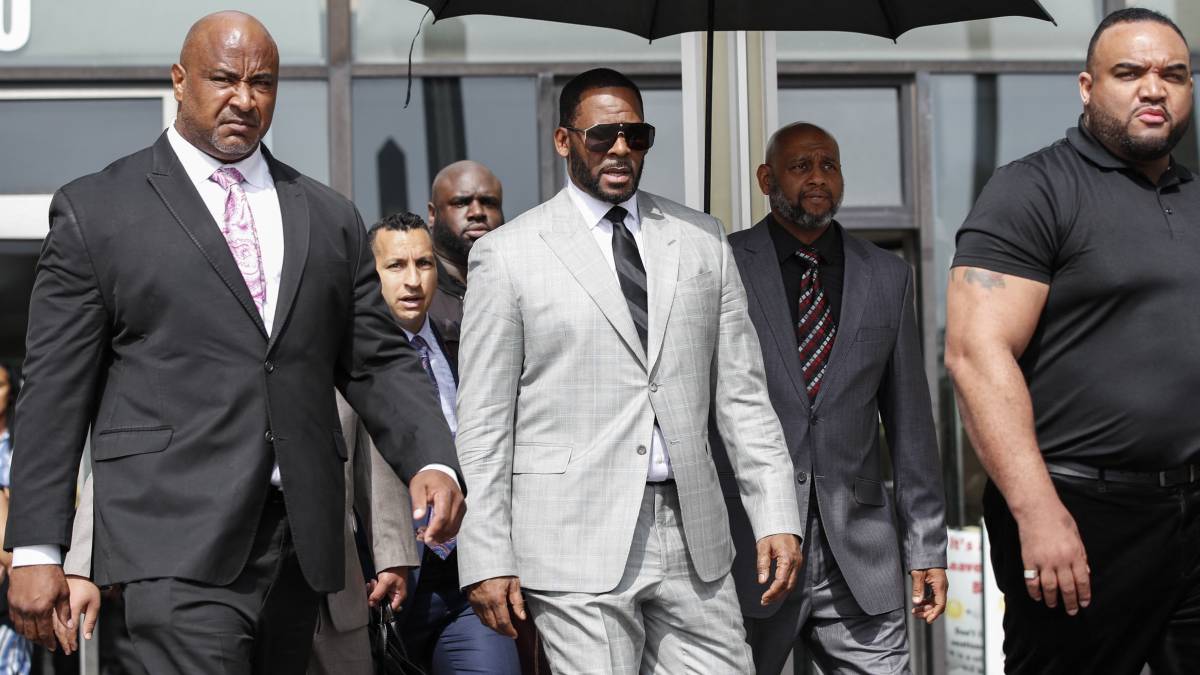 R. Kelly has been sentenced to 30 years in prison. Last year, the R&B singer was found guilty of sexual assault. He used his fame and status to seduce and coerce young, sometimes underage, victims into sexual acts.

After more than 25 years of rumors and accusations, this is the artist’s first punishment. The lawsuit in New York is considered an important consequence of the #MeToo movement.

The 55-year-old singer has been sued by several young women and two men. Some were minors during the abuse. Victims told how the singer kept them in his houses and imposed strict rules on them: for example, they were only allowed to eat or go to the toilet with his permission.

Kelly rose to fame in the 90s with hits like I Believe I Can Fly in If I Could Turn Back The Hands of time† He denies all charges. There are also lawsuits against the singer in the states of Illinois and Minnesota. He will have to appear in court there later.

Robert Sylvester Kelly, as his full name is, sold tens of millions of albums and singles throughout his career. Since the 1990s, several women have accused him of sexual abuse.

I was a young black girl. Who cared?

He married the then 15-year-old singer Aaliyah in 1994. Her ID card said she was already 18 years old. According to his former tour manager, Kelly bribed an official to arrange for Aaliyah’s fake ID. Remarkably, the title of the singer’s debut album, produced by Kelly, was Age Aint Nothing But a Number† The marriage was annulled after a year.

He was first charged with sexual assault in 1996. Singer Tiffany Hawkins stated that she had had sex with Kelly since she was 15. His attorney eventually settled with Hawkins and the case fizzled out. Years later, in 2019, Hawkins said he regretted this. “But,” she said, “I was a young black girl. Who cared?”

That first accusation turned out to be just the tip of the iceberg. Between 2001 and 2004, Kelly was indicted several more times for abusing minors. Because he would also have made images of this, he was also accused of making child pornography. Due to lack of evidence, the singer remained at large.

A BuzzFeed News article forced him back on the defensive in 2017. The piece describes how Kelly had six women locked up in a sex cult. Parents said they never saw their daughters again after Kelly promised to help them with their music career. According to former employees of the singer, the women had to address him as “daddy” and ask permission to leave their room.

In the wake of this article, and early in the #MeToo movement, many more women came forward with accusations. The six-part documentary Surviving R. Kelly from 2019 was the final nail in his coffin. In the series, which quickly went viral on social media, even more women spoke. They tell how they were forced into sexual acts as minors and then were blackmailed with video recordings.

In 2019, lawsuits were again filed against Kelly on the basis of the new allegations. In addition to sexual abuse and possession of child pornography, he is also accused of human trafficking. This is because within the United States he has brought underage girls to other states to have sex with them. Under US law, that counts as human trafficking.

The New York prosecutor labeled Kelly a predator at the start of the trial. “A man who used lies, manipulation, threats and physical violence to dominate his victims and evade responsibility for years.” Kelly has been in prison since late 2019.