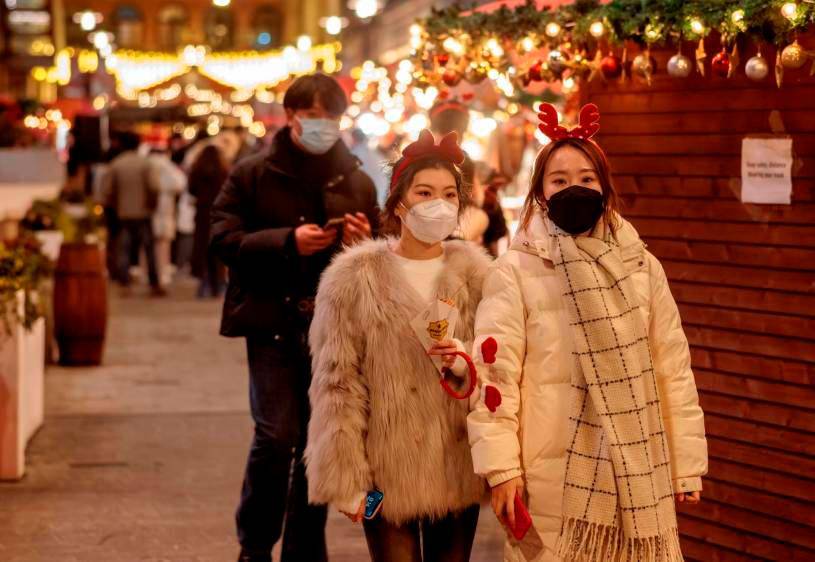 China, which has been heavily criticized for its lack of transparency on the covid-19 epidemic, announced on Saturday that at least 60,000 virus-related deaths had been recorded since the lifting of health restrictions in the country a month ago. After imposing some of the most draconian restrictions in the world for three years, China abruptly lifted most of its coronavirus health provisions at the beginning of December, following protests against the severity of these measures in several cities of the country.

The number of patients has since increased considerably, with hospitals being overwhelmed by elderly patients and crematoriums receiving large numbers of corpses. Despite this, the authorities had so far only reported a small number of deaths. In December, Beijing revised its methodology for counting covid deaths and now only people who died directly from coronavirus-related respiratory failure are included in the statistics. This controversial change in methodology means that a large number of deaths are no longer recorded as due to covid.

The World Health Organization (WHO) criticized this new Chinese definition of death from covid as “too limited”. This Saturday, the health authorities released their first non-exhaustive assessment of the epidemic since the lifting of health restrictions last month. “A total of 59,938” deaths related to covid-19 were registered “between December 8, 2022 and January 12, 2023”, Jiao Yahui, head of the medical administration office of the National Health Commission, told a press conference. Of these deaths, 5,503 were directly caused by COVID-19-related respiratory failure, he noted. In addition, 54,435 deaths were due to underlying diseases associated with covid, according to the same source.

This figure, which does not take into account deaths outside the hospital system, is probably underestimated. The WHO expressed doubts several times about the epidemiological data from Beijing. “We continue to call on China for faster, more regular and more reliable data on hospitalizations and deaths, as well as more comprehensive sequencing of the virus in real time,” WHO Director-General Tedros Adhanom Ghebreyesus said.

The Chinese government has rejected the criticism and called on the WHO to take an “impartial” stance on covid. On Wednesday, Chinese health authorities said it was “not necessary” at the moment to focus on the exact number of deaths related to the virus. “The main task during the pandemic is to treat patients,” said epidemiologist Liang Wannian. “At the moment, I do not think it is necessary to investigate the cause [de la muerte] of each individual case ”, insisted the one who is also head of the group of experts on covid in China for the National Health Commission.

Liang Wannian also argued that there was no international consensus on how to classify a covid-related death. If “a consensus cannot be reached, each country will rank according to its own situation,” Liang said. China could determine mortality figures by examining excess mortality after the fact, suggested Wang Guiqiang, head of the department of infectious diseases at Peking University No. 1 Hospital.

At the time of that press conference, on Wednesday, only 37 Covid-related deaths had been recorded in China since last month, within a population of 1,400 million inhabitants. However, the latest figures released by the Chinese authorities show that in the space of just one month, 60,000 deaths related to covid-19 have been recorded. This is a shocking figure, which highlights the need for greater transparency from the Chinese government in order to ensure that the country is able to effectively combat the virus.