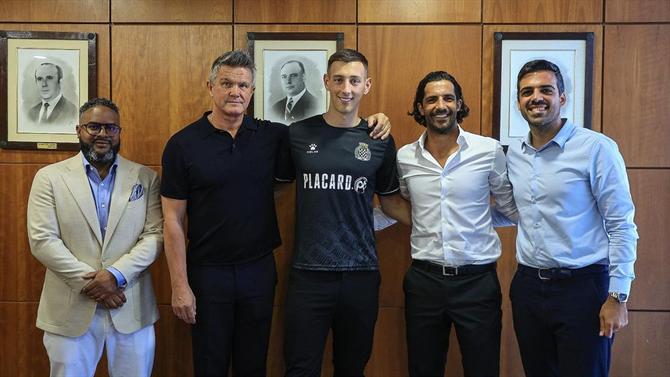 Boavista made official, this Wednesday, the hiring of Robert Bozenik, a 22-year-old Slovak international forward, appointed as Musa’s successor.

The forward arrives at Bessa on a season-long loan from Dutch club Feyenoord, with an option to buy.

Capped by the under-18, 20 and 21 levels, Bozenik started his career at Zilina, moved to Feyenoord in 2019 and last season was loaned to Fortuna Dusseldorf, in the second division of Germany, where he played 21 games and scored two goals. .