A car crashed into the gate of the Russian embassy in Bucharest, and the driver died

Home » World » A car crashed into the gate of the Russian embassy in Bucharest, and the driver died 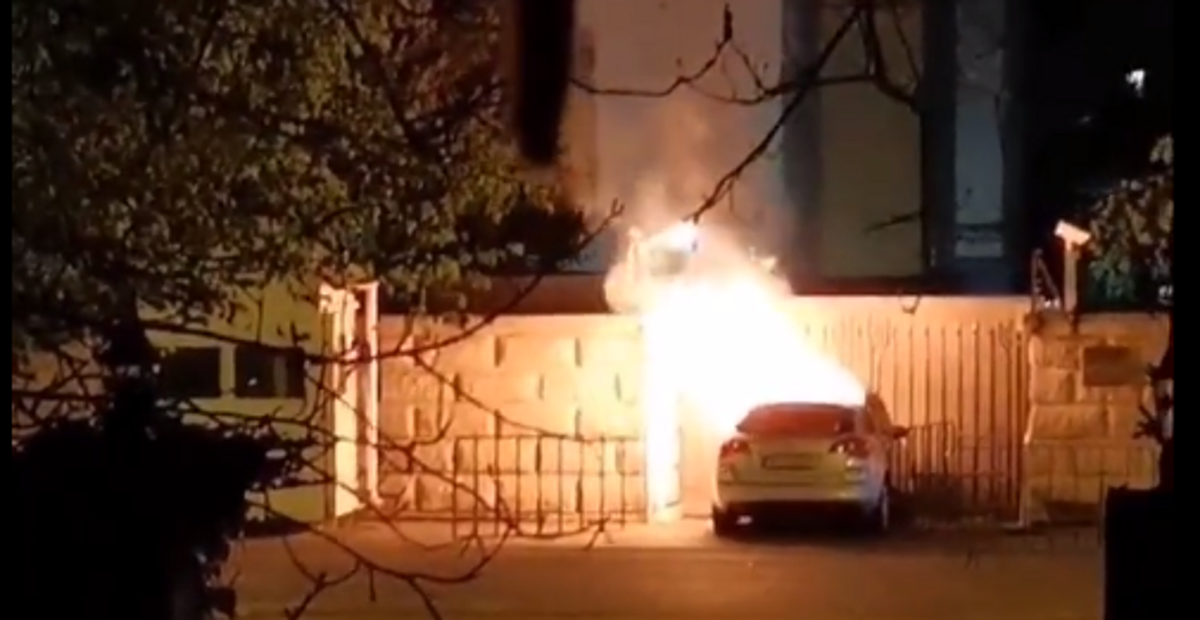 The vehicle did not reach the embassy premises.

BUCHAREST. A passenger car crashed into the gate of the Russian embassy in the Romanian capital Bucharest on Wednesday morning, which started burning after the crash. The driver did not survive the accident, local police said.

TASR received the report from AP.

The video, which captures the events after the accident, shows a burning car and security guards of the embassy building running around.

According to the police, the firefighters managed to put out the fire, but they could not save the driver of the car and he died on the spot.

The man, who died after crashing into a Russian embassy gate in Bucharest, set fire to his own vehicle after the crash. It was reported by the local police. TASR received the report from Reuters.

“The car crashed into the gate and immediately afterwards the person inside burned the equipment. So the fire started inside the car,” said Romanian prosecutor Bogdan Staicu, adding that there were combustible containers in the vehicle.

“We cannot yet say whether this act was linked to anything other than the driver’s personal circumstances,” Staicu said. According to Romanian media, the driver headed an NGO fighting for the rights of fathers and on Tuesday he was sentenced to more than 15 years in prison for sexually abusing his underage daughter.

However, in the last post, which the man published on the social network Twitter two days before his death, he spoke about the armed conflict in Ukraine. “We should all consider ourselves Ukrainians until this terrible war is over,” he wrote.

The Romanian Ministry of Foreign Affairs refuses to attach any political context or significance to the incident, calling on the Russian embassy to refrain from any interpretation of the incident until its investigation is completed.