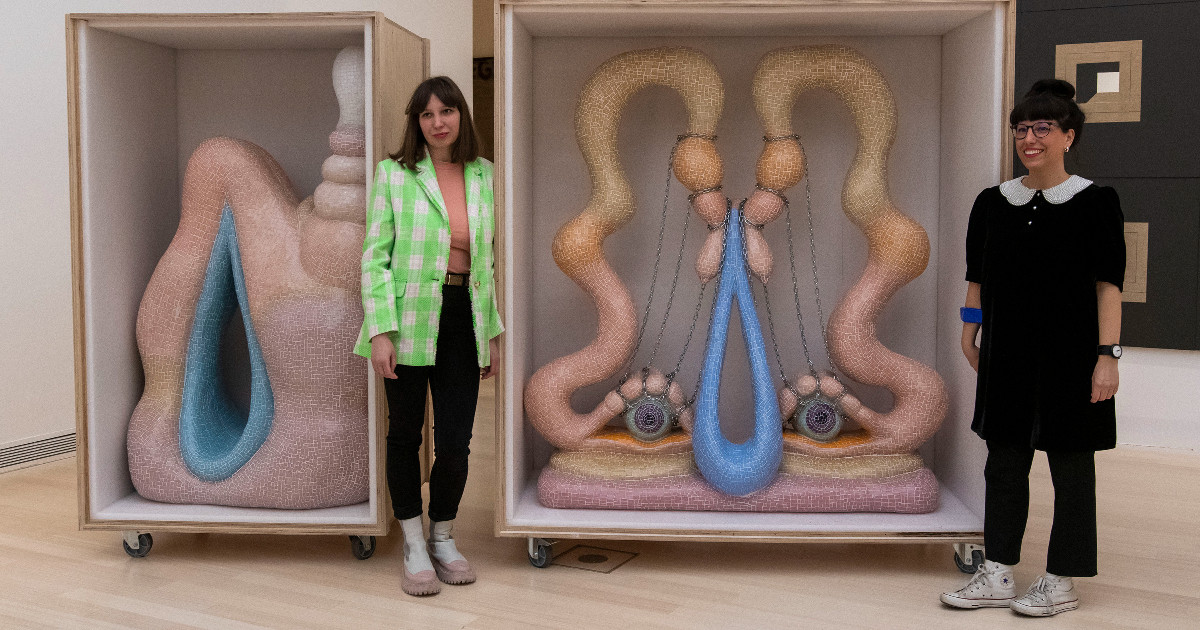 The 59th Venice Biennale of Fine Arts starts on April 23, where Hungary is the joint project of the artist Zsófia Keresztes and the curator Mónika Zsikla, After the Dreams: I Dare to Defy the Damagewill be represented by his surrealist mosaic installation. At the press conference held at the Ludwig Museum – Museum of Contemporary Art, we were able to see two of the works traveling to Venice.

As with every segment of life, the coronavirus epidemic has affected the world of the fine arts, not only overwriting the original date of the Venice Biennale, but somewhat overriding the concept. Art historian Géza Boros, head of the Venice Biennale’s Office at the Ludwig Museum – Museum of Contemporary Art, also explained that this year’s theme and the works of Zsófia Keresztes also return to the uncertainty, the search for identity and “who we are, where we come from, where we come from.

The director of the Ludwig Museum, Dr. Júlia Fabényi, was the chairman of the Hungarian professional jury, which selected the joint project of the artist and curator from fifteen applications. The dreamed-up concept is intertwined with the theme of the central exhibition in several respects, including the fact that the artist-centered, artistic animation of body changes is given space, to which the artist’s personal interest in anatomy is also linked. Zsófia Keresztes, who studied painting at the Hungarian University of Fine Arts, added that human body parts and organs can be discovered in her works, but not in their final form, but in a changing station: “The university is already very interested in anatomy, outsourcing of internal forms ’.

The curator of the project, Mónika Zsikla, also told at the event that the spaces in the Hungarian Pavilion, reflecting on the theme of the exhibition, were designed as different stages of the road search. The various spaces of the exhibition can be entered between guard figures forming a gate shape, the first of which was already presented at a press event on Wednesday. Like the figure of the gatekeeper, the teardrop motif returns in every piece. Another work, which was also featured at the Biennale, was presented at the press event, where, in addition to the motif of tears, the eyes are also very important elements of the installation.

Zsófia Keresztes will be the third female artist in the 110-year history of the Hungarian Pavilion to represent Hungary at the Venice Biennale. The last time the works of Hajnal Németh were exhibited was in 2011, and in 1982 the works of the posthumous exhibition of Erzsébet Schaár were presented.

Artists from 80 countries will be represented at the Biennale of Dream Milk in Venice.