Home » a fun electric boat that hovers above the water
Entertainment

a fun electric boat that hovers above the water

Electric cars, we knew; luxury electric pleasure boats too. But the Swedish brand Candela is pushing the concept of electric nautical entertainment even further, with a small boat that has been freaking out on European lakes for a few months. The particularity of the Candela C-7? It hovers above the waters …

The Candela C-7 is a small pleasure boat for six people perfect for trips on the sea or on the lakes. Putting aside the gray energy generated by the manufacture and replacement of batteries, the 25ft electric boat Candela Seven would use 80% less energy compared to a boat of equal speed and range operating. fossil fuel. His secret? The foils – the wings that stabilize the trajectory of a boat or a board in the water – of high performance and computer controlled. The on-board computer adjusts these foils up to a hundred times per second, to optimize the boat’s progress according to the waves, the wind as well as other ships or floating objects and animals. To avoid accidents in shallow water, the foils can be retracted into the hull. 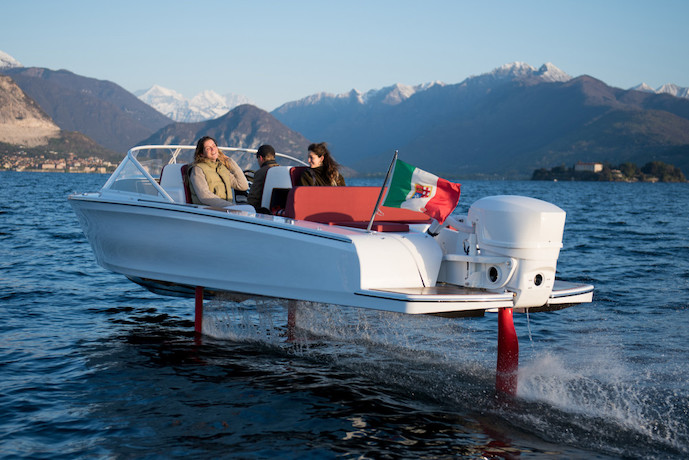 Autonomy, speed and absence of wake

Autonomy is a safety issue at sea. For the Candela, that of the C-7 would be three times that of conventional electric boats. In terms of speed, the little C-7 can peak at 30 knots, or around 55 km / h. When the speed is sufficient, the wings or foils then make it take off from the surface of the water, which eliminates the wake of the boat. This way of sailing then makes it more comfortable and compatible with water skiing or towed buoys.

Read Also:  CHILE revolutionizes Instagram with these last 5 photos. Check them out here! 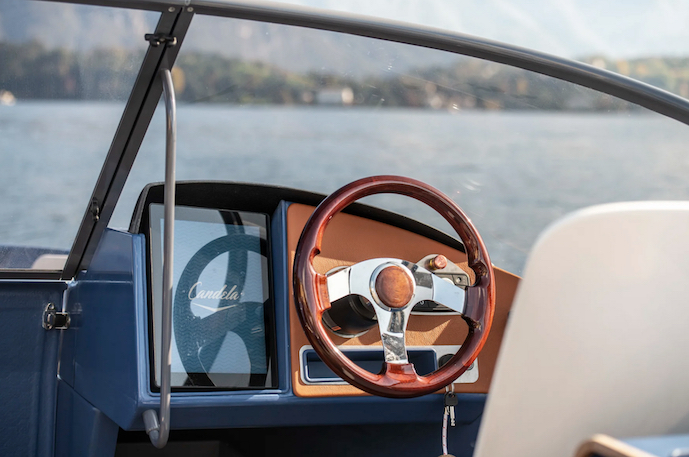 Note that without the foils, a classic boat would slam on the waves at a speed of 30 knots, which causes seasickness and is uncomfortable for those who do not have sea legs. As the Candela C-7 hovers calmly above the water. It is both pleasant and less conducive to seasickness. But above all, you can take advantage of having a very good look, and, let’s not be afraid of words, to freak out in front of the other boats! 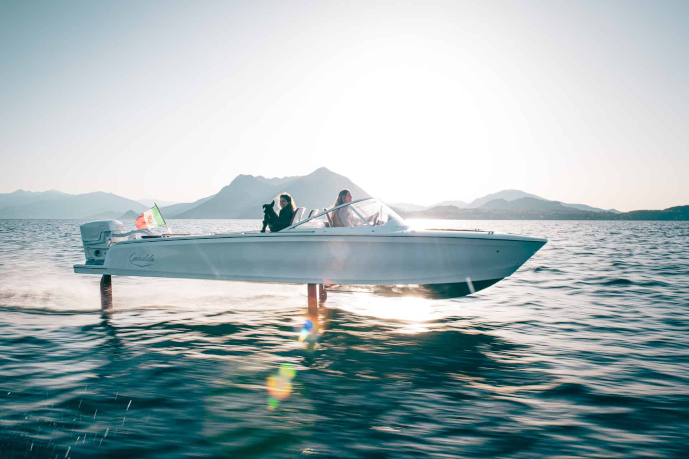 The lack of a wake can have another use, especially in cities like Venice where waves cause damage to homes and heritage. Water taxis and tourist ferries generate waves which, by hitting old buildings, accelerate their degradation. This phenomenon is aggravated by the gasoline and oil particles present in the water. This is why Candela presented its P-12 electric water taxis at the end of May 2021 at a major Venetian boat show. In a canal, a Candela electric boat produces only 5 cm ripples, which is the equivalent of the water waves produced by a traditional rowing boat. 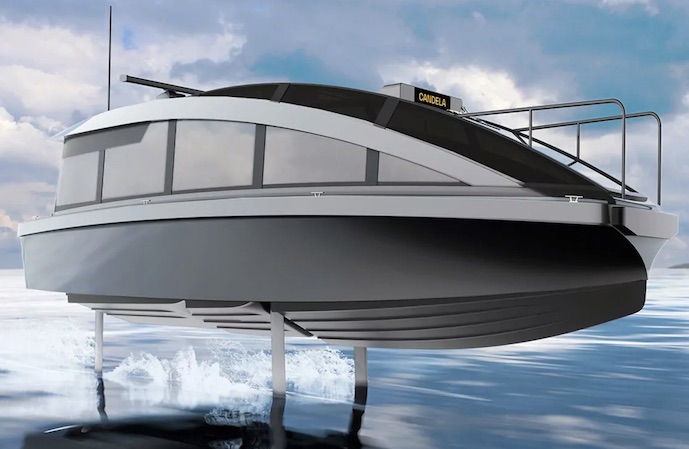 Modeling of a P-12 water taxi from Candela.

The number of Candela C-7 boats, built in Sweden, is currently only a few dozen. But given that the market for small electric pleasure boats is virtually non-existent for the moment, this does not make it the best-selling boat of this type in Europe. In view of the success of this new toy of lakes, seas and rivers, the production rate should therefore accelerate in the Candela Seven factory in Stockholm. 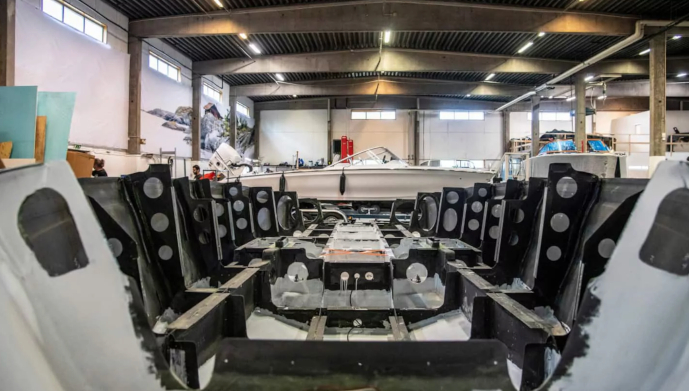 In addition, the Candela C-7 has undergone a battery of tests on Lake Lucerne in Lucerne, Switzerland, where the rules in terms of noise and emissions are very strict. These tests are deemed difficult to pass given the rigor of the authorities and the ecological standards that protect the fragile ecosystem of the Helvetian lakes. Regarding emissions, the electric boat did not have to worry. But the C-7 also passed noise tests with flying colors, with noise emissions of 65dB where the standard sets the ceiling at 72dB. It owes its performance to the fact of hovering over water and that the foils constantly adjust its balance and speed to its trajectory thanks to the on-board computer.

The Swedish company Candela did not intend to stop at a small pleasure boat and designed, in partnership with the Stockholm transport authority, an electric ferry named P-30. Like the Seven, this boat will be equipped with foils and will hover above the water. It will be able to carry up to 30 passengers between the many islands of the Swedish capital region. Several dozen Candela P-30s will replace a fleet of 60 fossil fuel boats. They will be able to sail for three hours at a speed of 20 knots – or about 37 km / h. Their consumption of 30 kW / h is equivalent to that of an electric city bus with the same transport capacity and much lower than that of a gasoline vehicle. Scheduled to be tested at sea in 2022, the Candela P-30 will enter service in Stockholm in 2023. 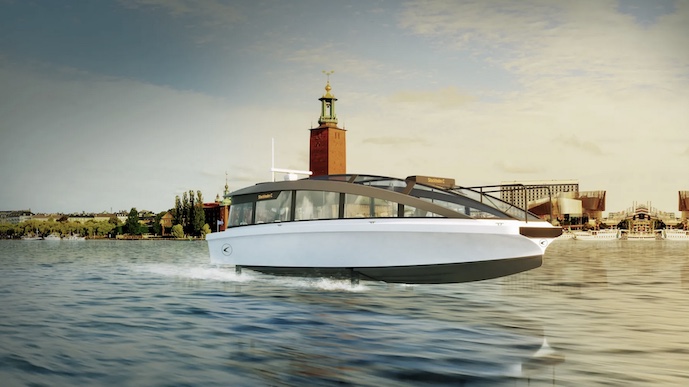 Modeling of a P-30 electric ferry in Stockholm.

But back to entertainment and yachting. For those who want to afford a Candela C-7, it will cost approximately 200 000 €. The delivery times announced by the brand range from six to eight months depending on the period and the options chosen, excluding taxes and any customs charges.

Jan Taminiau, the dressmaker of the aristocrats: “I...

“Virgins of the Sun”: Talent from Cusco commemorates...

Zsolt Trill is already riding, he will be...

Ali B after Anouk’s swipe: ‘We constantly tease...