A piece of “Red Vienna” in the Bronx in New York: Amalgamated Dwellings – World 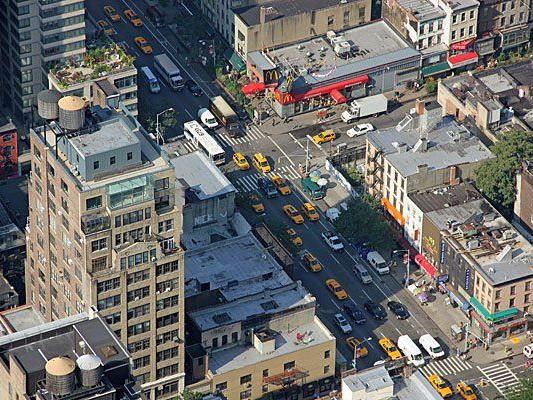 
In the New York Bronx there is a piece of Viennese community housing
© Andrea Damm / pixelio.de (Subject)

Even thousands of kilometers away, the “Red Vienna” will not let you go: If you as a New York tourist venture out of chic Manhattan and into the much poorer Bronx, you will suddenly find yourself confronted with familiar municipal housing architecture a little west of the Harlem River: the amalgamated dwellings.

In fact, the Amalgamated Dwellings, built in 1930, one of the oldest social housing projects in the “Big Apple”, are said to have been inspired by the first complexes built for the working class by the Viennese Social Democrats. Otherwise, urban housing in New York City has little in common with that of the federal capital.

These are the amalgamated dwellings

The Amalgamated Dwellings house around 230 apartments and were built with funds from the textile workers’ union. According to the Viennese models, they should bring a lot of air, light and cleanliness at affordable prices for the toiling lower class, who usually lived in run-down apartment buildings. A green inner courtyard, arched entrances on the four sides and facilities such as laundry room and library that can be used by all residents make visual and organizational parallels to Karl-Marx-Hof, Rabenhof and Co. visible.

“Vienna had a great influence on Europe and the USA in the 1930s,” said David Burney, responsible for building agendas in New York City Policy, on the sidelines of an exhibition opening on social housing in the federal capital in the Austrian Cultural Forum in an interview with journalists: “ Every architect here knows the Karl-Marx-Hof. ” With the Nazi regime, this signaling effect was abruptly ended.

Wohnbau made in Vienna in New York

What is impressive about the subsidized residential building made in Vienna is its integrative function. “It’s a lot more of a stigma here,” said Burney. According to his political colleague Kaye Matheny, responsible for housing and urban planning, New York with more than 8.2 million inhabitants spends around one billion dollars (around 760 million euros) annually on this area, the Danube metropolis with over 1.7 million inhabitants around 600 million euros. Up to 16,000 new subsidized apartments are being built in the Big Apple each year; in Vienna the average is 6,000.

City Councilor for Housing Michael Ludwig (S), who traveled to New York with local architects, housing researchers and journalists to see the role of the public sector in the housing market, did not come up with many aspects in conversation with journalists that distinguish Vienna from the great US Metropolis. In fact, some things seem a bit strange from a local point of view – for example in terms of allocation, social mix and development plan.

Via Verde in the Bronx

In “Via Verde”, a very young showcase construction project in the Bronx, which was built in partnership with private individuals and wants to score points with design and eco, the cheap rental and condominiums were awarded according to a lottery system, whether due to the enormous number of applicants the contributing architect Robert Garneau explained. In addition, the rule that residents are not allowed to earn more than 110 percent of the average income should not contribute to the social mix.

At another corner of the Bronx, a few dozen single-family houses, delivered ready-made by truck, were planted in the most densely built-up area in the 1980s. In contrast to the brick monsters raised by the urban housing association in the middle of the 20th century, this was supposed to bring middle-class flair to the depraved area. However, the residents soon had the patch of green in front of their property covered with concrete so that the area could be rented out as private parking spaces, reported William Menking, who publishes “The Architects’ Newspaper”, the largest American industry magazine, with a scorn.

Ludwig was impressed by the almost 220-unit complex that combines assisted living for the long-term unemployed or mentally handicapped people and affordable apartments for low-income artists under one roof. The Brooklyn house was designed by property developer Abby Hamlin – thanks to city regulations. In order to be able to build two high-priced residential buildings, Hamlin had to contractually undertake to implement this project there as well. A performance hall, which is primarily used by the local actors and musicians and is also open to the neighborhood, is intended to remove barriers.

What connects New York and Vienna is the trend towards smaller apartments, on the one hand to respond to the increased number of single households, and on the other hand to cope with urban growth with limited building land. While Vienna is building “smart apartments”, New York is building “micro apartments”. In contrast to the federal capital, the mini-apartments are not integrated into “conventional” residential buildings, but are built as separate systems.

The first such project, which was able to prevail in a public ideas competition, will soon be implemented in downtown Manhattan. More than a third of the 55 apartments with a maximum of 35 square meters are reserved for low-income tenants. In order to carry out such projects on a large scale, changes in the law are still required. Because currently there is a regulation that all apartments in New York – there will be a special permit for prototyping – may under no circumstances measure under 40 square meters. The fact that the “New Models for Housing New Yorkers” is currently being devoted to a separate exhibition in the City Museum shows that the subject is widely discussed in the Big Apple.