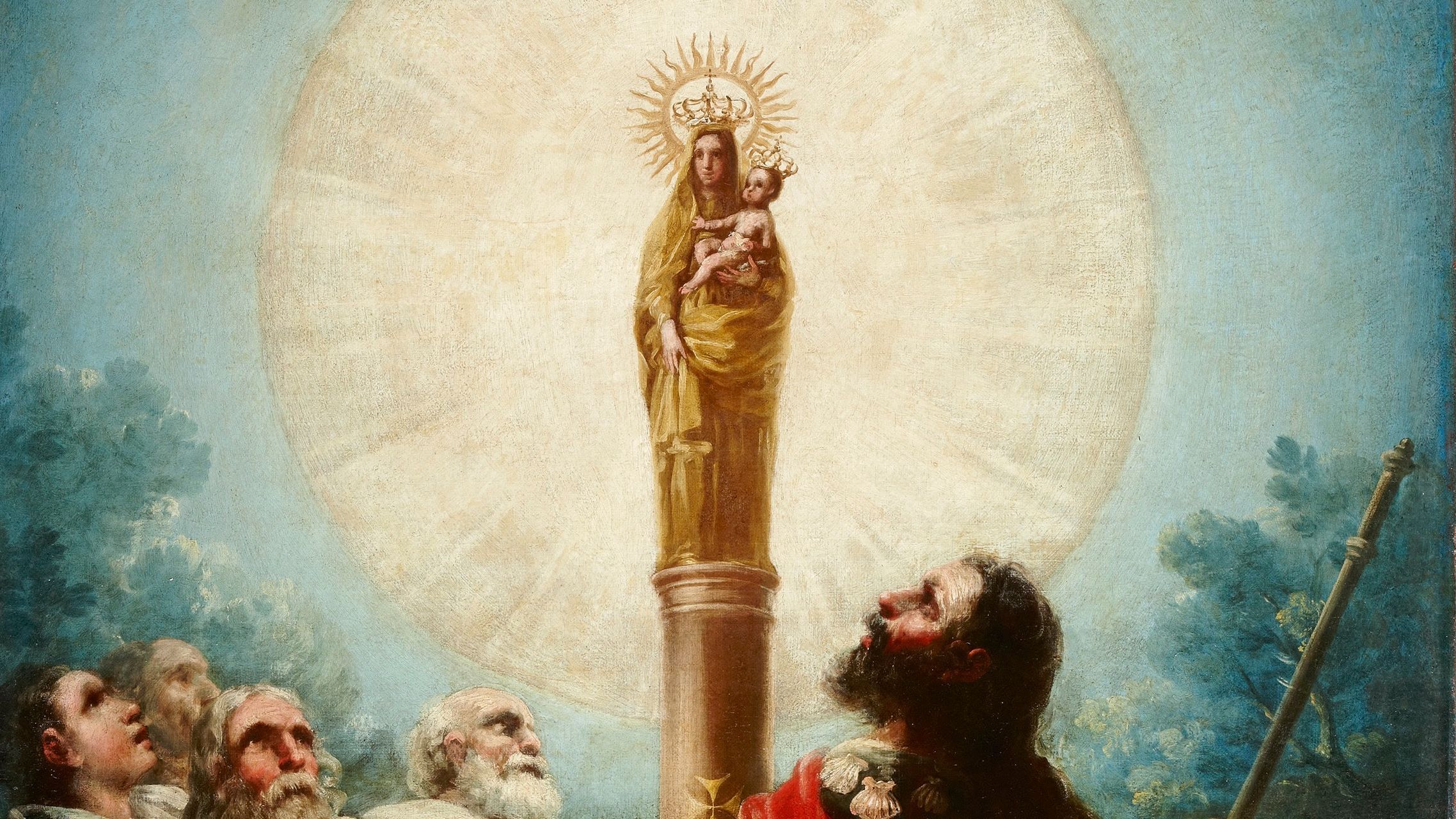 Neither private collectors, nor the State. Nobody wants to buy Goya’s painting, The canvas ‘Appearance of the Virgin of Pilar to the Apostle Santiago and his disciples’, by Francisco de Goya has no one to buy it. The work – auctioned this Thursday in Madrid by the Alcalá hall – has not found a buyer. The painting was put up for auction for a price of Two millions of euros. The canvas is non-exportable, which has been able to dissuade art collectors.

It is a canvas large format (107 x 80 cm), which was part of the old Rosillo collection and is now in the hands of a private individual.

It is a piece of bright and luminous tones, experts relate it to the hunting and fishing cartoons that the Aragonese painter made for the dining room used by the Princes of Asturias in the Royal Site of San Lorenzo del Escorial. Painted around 1771-1775.

A picture with an excellent conservation

As a good Aragonese, Goya chose on numerous occasions the Virgin of the Pillar (patron saint of Zaragoza) to paint it. There is a pencil drawing of one of the pages of the Italian Notebook (f.134r) and a small canvas, 56 x 42 cm, that he painted around 1771-1775, preserved in the Zaragoza Museum.

Highlights the Good condition of the work whose restoration work was carried out in the workshop of the Prado Museum, just before the exhibition in which it was in the Royal Palace of Madrid.

It is a perfectly documented work, which the Marquis of Lozoya already made known in 1951 in his article ‘Two unpublished Goyas on religious themes’. The piece could be seen in 2012 in the exhibition of the Royal Palace ‘Goya and the Infante Don Luis the exile and the kingdom. Art and science at the time of the Spanish Enlightenment’. Subsequently, between 2013 and 2018, it has been part of the permanent exhibition of the Goya Museum in Zaragoza, on loan.

Goya was an avant-garde artist, always looking for new expressive possibilities. He traveled to Italy, where he was able to study the masterpieces of the art of the classical era and of the Baroque masters and in 1771 he returned to Zaragoza receiving the commission to decorate the vault of the Coreto del Pilar Adoración del Nombre de Dios’, in 1772.

After this commission he achieved the prestige that would give rise to other pictorial commissions such as the cycle dedicated to the Life of the Virgin for the church of the Cartuja de Aula Dei in Zaragoza.

At this time his trips to Madrid and his important jump to the Madrid court are also known. The young man from Fuentedetodos, aged 29, is summoned by Antón Rafael Mengs, Carlos III’s first chamber painter, to the Court of Madrid.