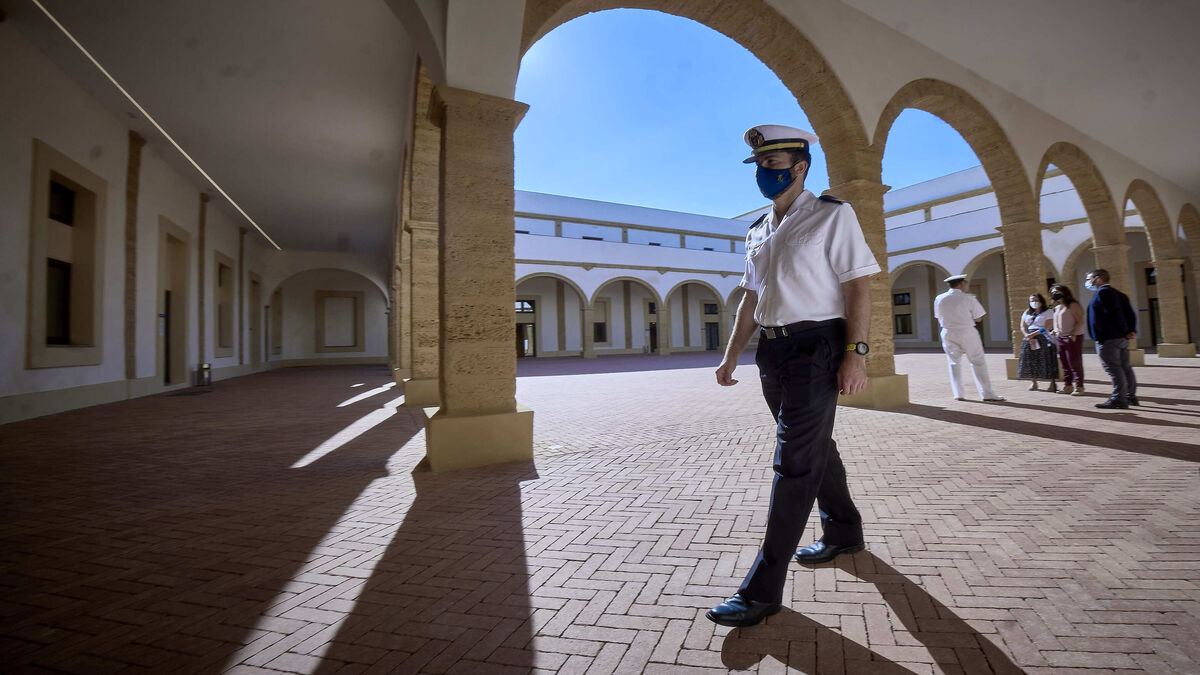 San Fernando goes one step further in the tourist use of its military and naval heritage by proposing, together with Ferrol and Cartagena, the creation of a network of municipalities with emblematic naval and military buildings, a project that they have presented to the Modernization and Competitiveness Plan of the tourism sector that is financed with Next Generation European funds. Collaboration with the Navy, which the three cities already have, is irremediable.

To the north, to the east and to the south, the three municipalities mentioned have been capitals of the naval department and in its territory they keep historical facilities both due to that military connection, and due to their tradition with shipbuilding (the three towns are the headquarters of Navantia shipyards in Spain).

On La Isla, tourists (and their own neighbors) can visit outstanding spaces of the Navy: the Navy Observatory, the La Carraca Naval Base –in specific periods and dates– and the Naval Museum. The Municipal Tourism Office manages these toursthanks to the involvement of the military institution that has understood the importance of showing its heritage to society.

The Naval Museum, for example, accumulates the highest number of visits in the first months of 2022, specifically until April. According to the data handled by the Municipal Tourism Office, the facilities of the former Captaincy General accounted for 542 visitors in January, up to 1,420 in February, 733 in March and 1,152 in April. It adds almost double that of other spaces of interest of the Navy (which do not take into account the data for April), with a total of 3,847. This already represents almost half of the citizens interested in this exhibition space on Escaño Street who attended last year, when there were 7,861 people.

The second most visited tourist spot in the first four months of the year among military units is the Pantheon of Illustrious Sailors which had registered 1,982 visitors, while in 2021 they reached 4,958. The month of April is the liveliest in this case (compared to the case of the Naval Museum which was in February) with 773 people, followed by March with 680. February incorporates 312 visitors and January 217.

Ehe Royal Navy Observatory has almost a thousand visitorswith 999 in 2022, which suggests better numbers in the coming months to overcome 2021 – marked by restrictions and precautions due to the covid-19 pandemic – when it counted up to 1,353.

Far behind are the figures for Torrealta with 93 registered visitors: 30 in January and February, 7 in March, 13 at Easter and 13 in April. Last year there were 143. The Tercio de Armada and its Battalion Barracks, where the Historical Room is located, also move in those numbers: 123 in total, with 54, 42 and 27 visits in January, February and March. The Municipal Tourist Office has only counted up to 18 visits at Easter and as many in April, and therefore up to 36 in 2022, for the La Carraca Arsenal.

Despite the existing limitations because in some cases they are active spaces for the Navy, the possibilities of visiting have been increasing in recent years, thanks to the management of guided tours from the City Council that were previously limited to certain periods. In some cases it continues like this, such as the opening of La Carraca in summer, as far as the municipal tourist train.

The refurbishment of the Cuatro Torres Prison, the Workers’ Housing and the Fonda Correa, used by the crews of the corvettes that Navantia builds for Arabia, represents an opportunity when these buildings are constantly added to the tourist route of La Carraca, with the Puerta del Mar or the Iglesia del Rosario like other exponents of the enlightened heritage that the facilities keep. At the moment, it can be visited by hiring a guide (and with authorization) or on the dates set by Tourism.

Ferrol and Cartagena also have naval museums in their territories., the Murcian occupying the old Convict and Slave Barracks (from 1786); and the Galician one, in the historic Presidio de San Campio arsenal building, next to the Naval Construction Museum, which is located in the Herrerías Building. Their arsenals can be visited, prior authorization from its chief admiral in the case of Cartagena and during the summer (in addition to other indicated dates) with arranged visits with an external guide (authorized by the Xunta de Galicia) in the case of Ferrol. Buildings such as the Cuartel de Dolores stand out, the oldest barracks in Spain, which is the base of the Tercio del Norte, which can be accessed with a guide after prior communication ([email protected]), or without a guide and freely only in the Fontelonga area, the only gate that opened in the walls that protected the city.

To these enclaves is added the defensive architectural heritage that both cities preserve, with special mention in the case of Cartagena and its castles, sections of wall and batteries.