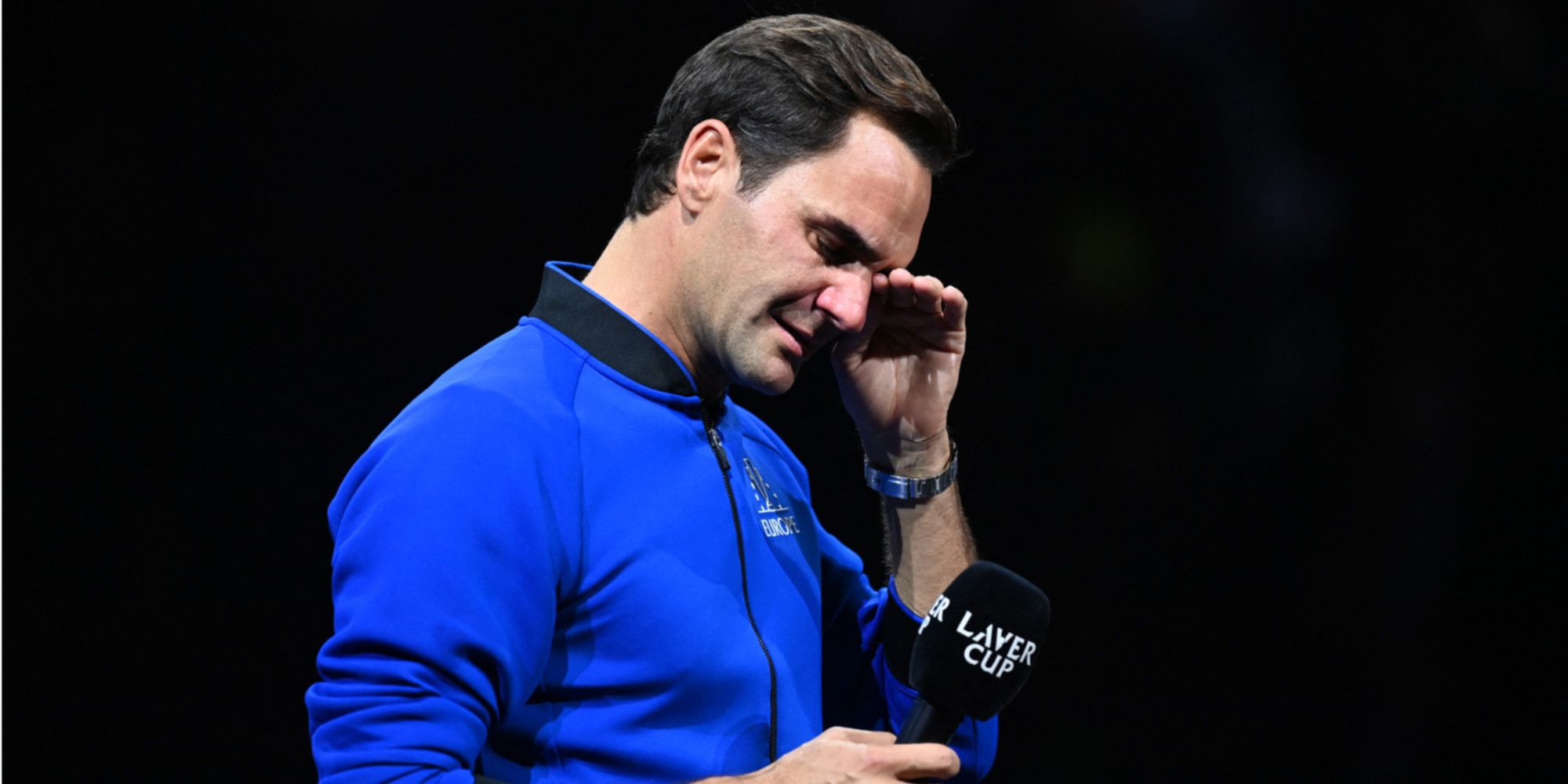 The battle lasted almost two hours. Roger Federer’s last game of his career ended in a 6-4, 6-7 (2/7), 9-11 loss in doubles with Rafael Nadal on Saturday in London against Americans Jack Sock and Frances Tiafoe , for the Laver Cup. After struggling with his emotions, Roger Federer puts his racket down for the last time.

The man with 20 Grand Slam titles

The Swiss, in the arms of his teammates, cracks. This time, he understood, his playing career is well and truly behind him. So even if the man with 20 Grand Slam titles says he had a great day, we feel the distress of leaving this world that was his for 25 years. At the time of thanks, between sobs, Roger Federer tries to use humor, but facing his people, the Swiss is caught by stronger than him.

“Everyone is here. The boys, the girls… My wife who supported me so much… She could have asked me to stop a long time ago, but she told me to continue and encouraged me to play . It’s incredible… Thank you…”, he says to his audience.

“It was an incredible moment”

Sitting on the bench of the European team, Rafael Nadal is also crying, imitated by many spectators, who refuse to leave the O2 Arena, as if to postpone the moment of farewell. “I must admit that my first serves were super difficult to play. I was not able to perform my gestures normally. I even started with a double fault. It was a difficult day”, he confides at the microphone of Europe 1.

“At the end, the emotion took over. It’s a great honor for me to have been part of this last match. It’s an incredible moment in the history of our sport. And at the same time, Roger Federer’s departure brings with him a part of my life too. Every time he was next to or in front of me, it was an important moment in my life. So it was very touching to see his family , all these people around him… It’s hard to describe, but it was an incredible moment”, he adds.

At the end of a ceremony of about twenty minutes, where the singer Ellie Goulding will have managed to draw a few additional tears from the Swiss, the time to say goodbye has arrived. Today is September 24, 2022, and tennis is now played without Roger Federer.