After eleven years of activity, the hairdresser Saint Algue in Draguignan draws the curtain

Home » News » After eleven years of activity, the hairdresser Saint Algue in Draguignan draws the curtain 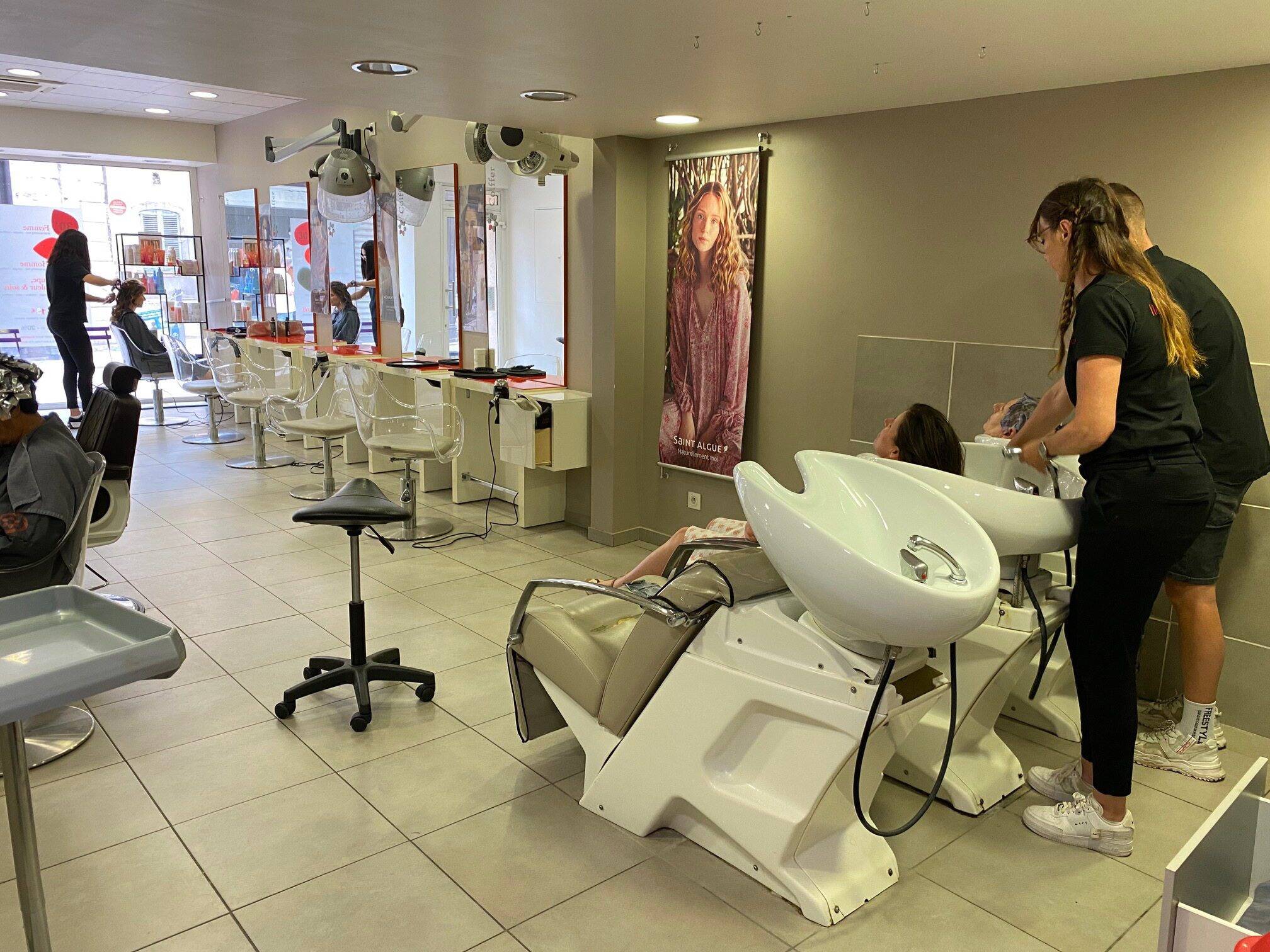 The Facebook page of the Saint Algue business has been looking like a funeral notice for a few days. The hairdressing salon, located at 9, rue Cisson, posted a message online informing its customers of the final closure on June 25. Since then, many testimonials of support have poured in, especially on social networks. (read elsewhere). It must be said that this final closure is rather unexpected, since the hair salon’s appointment book is always full.

Takeover within the framework of the Crac by Saiem

“It follows the purchase of our building by the town hall, via the Saiem”explains Bérengère Porret, 47, manager. “In December, we were given notice of our lease dated June 30. The Saiem terminated, as of right, the rental contract.”

Indeed, installed rue Cisson since August 1, 2011, the manager did not renew the lease with the former owner before the building was bought by Saiem. “The lease had continued precariously since 2014”confirms Bérengère Porret, who has long hoped to find a new site to move her hairdressing salon and continue her activity.

“We visited several commercial spaces. But none meets the criteria of our current premises in terms of surface area and amount of rent”, continues the manager, who recalls that the current salon is located in a number 1 location, in one of the pedestrian streets, and has a surface area of ​​more than 100m2. “We had no choice but to refuse the three proposals (read below). The Saiem took the decision not to compensate us for our departure. As a result, it is impossible to reinvest in a new project, which puts a definitive end to our activity”she explains.

“This announcement comes late but I hoped, until the end, to be able to obtain compensation which would have enabled us to welcome our customers to a new site.” Since then, the health crisis and the repeated confinements, times have been particularly difficult for companies. Some brands, like the Saint Algue salon, have also taken out a loan to keep their business afloat. “It was impossible to invest again in major works, with high rent.” Since then, Saint Algue, on the advice of his lawyer, has summoned the Saiem before the judicial court of Draguignan for a claim for compensation.

Saturday, the former hairdresser Miss France, who employs three employees, will hang up her scissors not without bitterness. “I have always been present to participate in the activities of the city center”she slips, remembering the fashion shows at Place René-Cassin or at the Chapelle de l’Observance.

Wednesday, June 29, the day before the keys are handed over, promises to be an emotionally charged day. Bérengère Porret will invite her customers to share a glass of friendship at 5 p.m. She will take the opportunity to give her clients the technical sheets to continue their care elsewhere.

“We’re having a funeral party!” indicates the manager not without a touch of humor. A final black coloring is planned for this occasion. It should not go unnoticed…

The City recalls that it intervened on this site at the request of the manager. “The operator Saint Algue did not want to renew his lease given the state of disrepair of the building. The brand alerted us to the severe deterioration of the building”says Sophie Dufour, deputy mayor. “We therefore commissioned Saiem, which already owned two blocks, with the adjoining building (formerly Trabaud) to study rehabilitation solutions.”

The Saiem thus acquired the entire building which also belonged to the Trabaud family. From then on, the operating company became its tenant, under the terms of a current commercial lease. “Given the major works essential to the rehabilitation of the building, it proved impossible to envisage them while maintaining on site a business in operation open to the public and likely to prove dangerous for its customers”explains a Saiem official.

Saiem has proposed various solutions (1) to “near relocations” which have not been accepted by the tenant operator Saint Algue, “considering that they were not suitable for the maintenance and sustainability of its operation”.

A proceeding brought before the court

“In this context, the decision to terminate the lease benefiting the tenant was unavoidable; it was previously announced to the company operating the hairdressing salon”, concludes the Saiem manager. The leave was set by the Saiem with an effective date of June 30.

Since then, Saint Algue has sued Saiem before the judicial court of Draguignan. The procedure is underway. Counsel for the parties are endeavoring to find a compromise solution. Failing agreement between the parties, the competent court will set the compensation.

Three premises not belonging to Saiem were proposed: one at bd Foch (layout problem with a load-bearing wall), another at 43, allées d’Azémar (not enough surface area on the ground floor) , and a rue Cisson (work too substantial) according to the operator.