Ahead of the 2023 Surabaya UMK and other regions, this is the estimate proposed to the East Java Provincial Government

Home » News » Ahead of the 2023 Surabaya UMK and other regions, this is the estimate proposed to the East Java Provincial Government 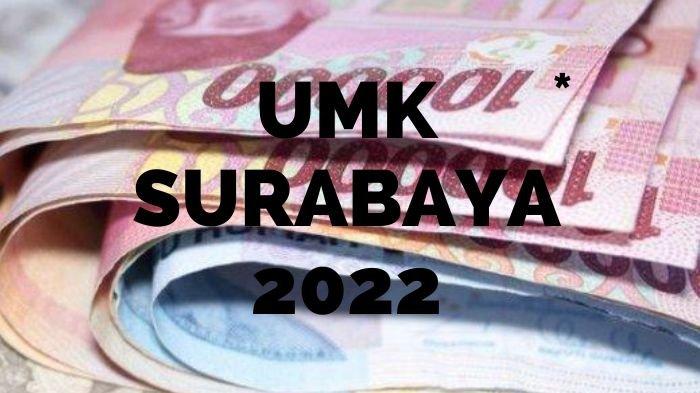 SURYA.CO.ID – The Minister of Manpower (Menaker) Ida Fauziyah announced the change in the time of determination as well as the announcement of the 2023 provincial minimum wage (UMP) and district/city minimum wage (UMK).

Meanwhile, the 2023 UMK, which was previously no later than November 30, was extended to December 7, 2023 at the latest.

This schedule change, said Ida Fauziyah, is to provide an opportunity for regional wage councils to calculate the 2023 minimum wage according to the new formula.

“The stipulated provincial minimum wage and district/city minimum wage will take effect on January 1, 2023,” said an official statement uploaded via the Ministry of Manpower’s Instagram page.

Ida hopes that the adjustment to the calculation of the 2023 minimum wage can be a middle way for the dynamics of the developing socio-economic.

In addition, the Permenaker also states that the 2023 UMK in Surabaya and other regions may not exceed 10 percent.

Meanwhile, until now, the Surabaya City Government has not proposed an increase in the city minimum wage (UMK) to the Provincial Government.

The Surabaya City Government is still holding discussions with the Wage Council.

Head of the Surabaya Disperinaker Achmad Zaini said he would discuss the amount of the wage increase that would be proposed to the provincial government.

Zaini explained that the calculation of the UMK had also been regulated in the Permenaker.

Quoting Permenaker regulations, the adjustment to the value of the Minimum Wage is the sum of inflation and multiplication of economic growth.