Alars Kariss / Article has become the President of Estonia 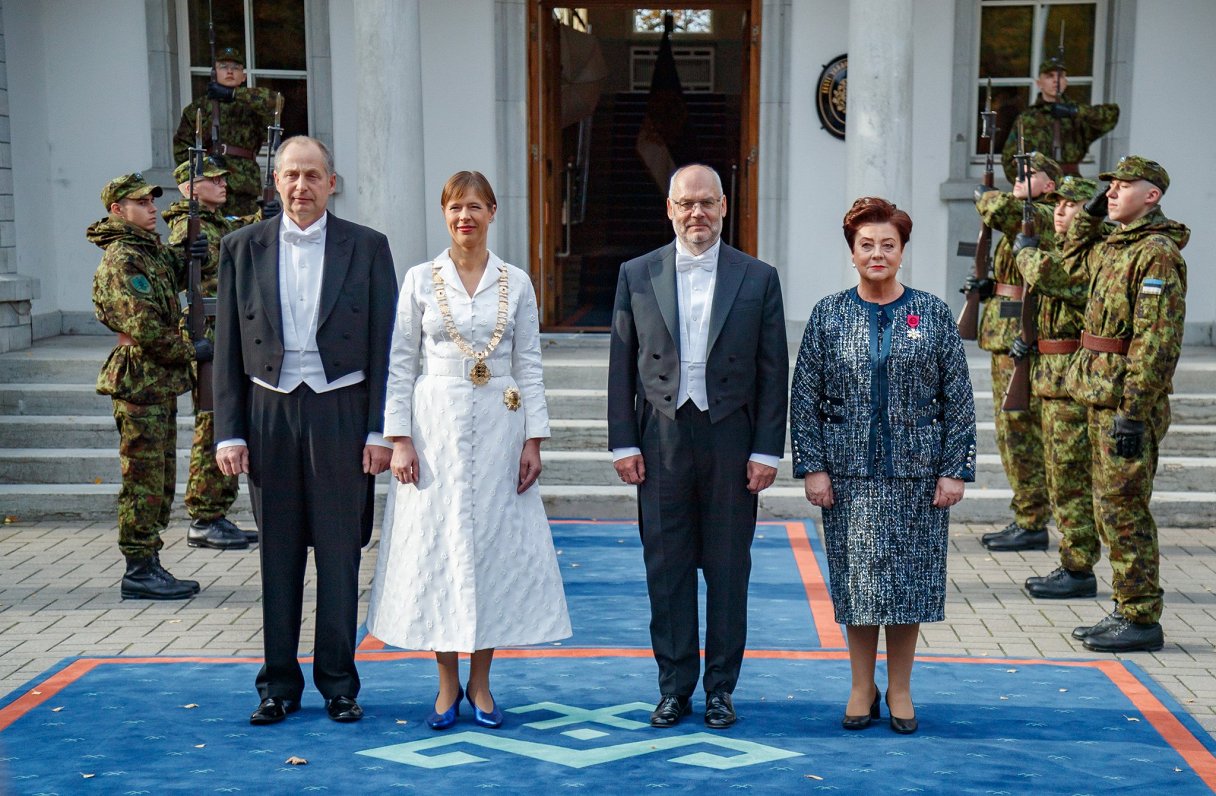 Alars Kariss has taken over the position of the President of Estonia on Monday, replacing Kersti Kaljulaid as the head of state. Kariss plans to arrive in Latvia on Wednesday evening to meet with President Egils Levits on Thursday.

On Monday, the new President of Estonia and his wife first went to the official residence – Kadriorg Castle, but then to the parliament building. At 3 pm, a formal sitting began, in which Kaljulaida gave a short speech, after which the new president took an oath, received a regalia and addressed Parliament.

Graduate of the Estonian University of Life Sciences

He has also studied at several universities in Germany, the United Kingdom and the Netherlands

2018. Director of the Estonian National Museum

2003-2007 Rector of the Estonian University of Life Sciences

In 2019, he was awarded the Latvian Cross of Recognition

Fight a pandemic like a marathon, not a sprint

When he took office, Kariss undertook to mediate in political quarrels and called on Estonians to discuss rather than call themselves. Kariss called the unification of Estonian society his main task as president.

“I want to be a balancer and, if necessary, a conciliator. I hope you understand that as a person from the scientific community, I still tune my thoughts and feelings into knowledge-based melodies. It is not only my freedom, but also my duty,” said the President. .

In his inaugural speech, Kariss also touched on the topic of the Covid-19 pandemic and admitted that the fight against the pandemic had turned into a 50 km marathon instead of the expected sprint. The President concludes that people are tired of living in a pandemic, so fear and fatigue are spreading in society.

As a scientist, Kariss called on the people of Estonia to trust science and get vaccinated against Covid-19. “If someone who has not wanted to be vaccinated so far asks for my advice, I will recommend that you reconsider your position, vaccinate yourself and recommend that your relatives do the same.”

Latvian Radio correspondent Uldis Ķezberis on the inauguration of the President of Estonia00:00 / 02:50

See also  Berlin: BILD comment after the demo debacle in front of the Reichstag - domestic politics

In his speech, Kariss also warned about global climate change, the consequences of which are increasingly being seen in Estonia, from the floods in Tartu to the storms in Võru. The President emphasized that the future of the entire planet was at stake in the fight against adverse climate change.

“Just as forest fires and invasive species cross national borders, our borders may not be able to stop the influx of immigrants caused by storms or famine.”

There are no taboo topics for discussion

The newly appointed President of Estonia wants politicians and citizens to talk about a wide range of issues without losing respect for each other.

“I hope to hear more discussions in Riga and the public, debates in which the parties defend their views and listen to others. Be it climate change and the green revolution, energy and tax policy, budget and forestry, or European Union decisions and the development of defense forces.

There are no taboo topics for discussion. Dogma and political correctness shackle freedom of thought, without which it will not be possible to find solutions that will move us forward, ”said Kariss.

“Estonian culture is our protection against darkness; it is our national identity. As the writer Vīvi Luika said, culture is not an ornament or hobby, culture is a matter of the life or death of a nation. Culture is our connection with our compatriots, a bridge that helps to cross the gorge of different views. Culture helps to hold our nation together. ”

Members of Parliament were also addressed by Kaljulaida. She thanked for the opportunity to hold a high position and defend the values ​​enshrined in the Estonian constitution

It has been an honour to serve the best country in the world as Head of State for 5 years! Today this journey comes to an end. My sincere gratitude to everyone I met on the road.

Kariss plans to arrive in Latvia on Wednesday evening to meet with Latvian President Egils Levits on Thursday. He will then fly to Helsinki, where he will meet with the President of Finland, ERR.ee reports.

As President Alar Karis takes oath of office, I wish him and 🇪🇪 every success and thank @KerstiKaljulaid for friendship and excellent cooperation with 🇱🇻.

Alar Karis, the 63-year-old former director of the Estonian National Museum, was elected President by the parliament on 31 August. He graduated from the Estonian University of Natural Sciences and is a biologist.

During his career, he has been the rector of several universities and the Estonian Comptroller. He mentioned education, science and innovation as his main work priorities as president. Kariss will make his first working visit to Latvia, and it will take place on October 14.

See also  “He grabbed me by the collar when I didn't respond to his call... (Heist-op-den-Berg)
An error in the article?