Amelia Vega: “Without Al on the team I don’t know how far the Celtics would have come”

Home » Sports » Amelia Vega: “Without Al on the team I don’t know how far the Celtics would have come” 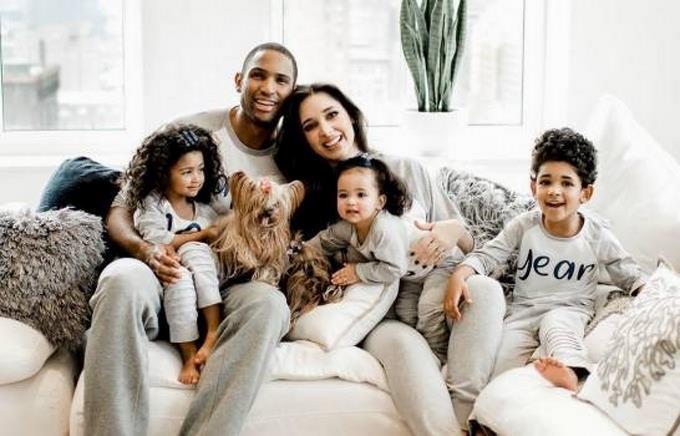 The former Miss Universe 2003, Amelia Vega, shared on Instagram her point of view about the loss of the team to which her husband belongs, “Boston Celtics”, making it clear that without Al Horford, her partner, the team would not have reached the NBA finals.

The Dominican model took advantage of her social networks to congratulate the Warrios, a team she defeated by more than 13 points to the Celtics.

“I feel that my star player left everything there on the court, of course, I want to win, congratulations to the Warriors, to the Warriors fans who I know must be, obviously, very happy. Now I’m going to tell you something, Al ate it and honestly without him on this team I don’t know how far the Celtics are. they would have arrived,” Vega said as he commented that he was waiting for his car to go home.

Likewise, the athlete’s wife highlighted the willpower applied by the father of his four children in each game.

“I think it’s quite noticeable. the effort, the heart that he put and when it was his turn to throw it at the man, he did it.”

In the six games that were held to determine a champion team, the model was present in the stadiums, with her children in support of her partner and became famous Vega’s happiness at winning the Celtics.

“The Warriors were at another level”

Dominican Al Horford, who lost the NBA Finals to the Boston Celtics on Thursday, admitted to the media that the Golden State Warriors, champions for the fourth time in the last eight years, “were at another level.”

“Obviously it is very hard to lose and be in this position. But I am very proud of our team. Very proud of the growth of our team throughout the season,” he explained to the media.

“We went from being a team with more losses than wins to coming together. I don’t want to be left alone with the bad things that happened today. I want us to keep the perspective of how much Jayson Tatum and Jaylen Brown have grown this year (…). But as You can see, there is still a lot of growth and work for us. The Warriors were definitely at another level. It is something that we have to accept, “he developed.

Stephen Curry scored 34 points and the Warriors of Golden State clinched their fourth NBA title in eight seasons with a 103-90 win over the Boston Celtics in Game 6 of the final series.

Curry was selected as the Most Valuable Player for the first time in his career. The Warriors join the Los Angeles Lakers in 1985 as the only visiting teams to have been crowned in Boston. It is the seventh championship for the franchise second only to the Celtics and Lakers who have 17 each.

The team of Boston once again had problems with the handling of the ball with 22 lost balls, double the casts of three that scored.

The first half ended with a score of 54-39 in favor of the Warriors led by 12 points from Klay Thompson and Stephen Curry, 11 from the bench from Jordan Poole and another 10 from Andrew Wiggins.