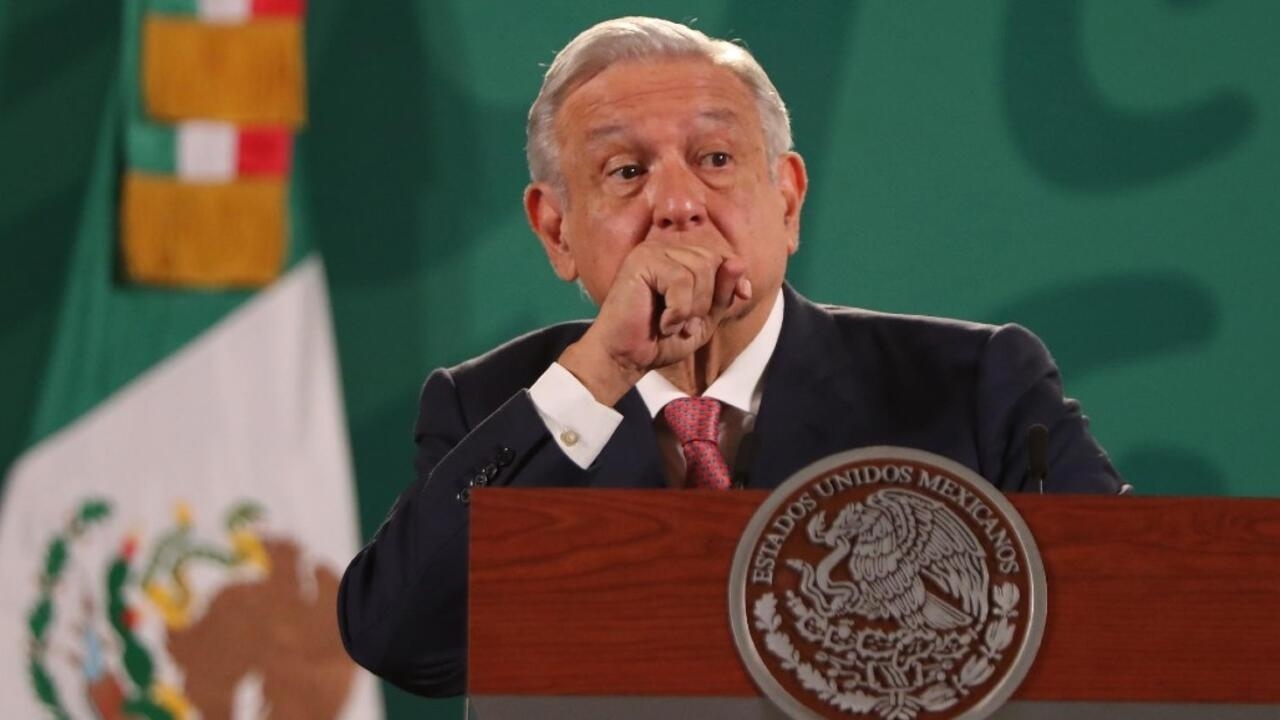 The IX Summit of the Americas begins, which will also not have the presence of the president of Mexico, Andrés Manuel López Obrador. The president confirmed on the morning of this Monday, June 6, that he will not go to Los Angeles, the venue for the meeting, because the US government maintained its position of excluding Cuba, Nicaragua and Venezuela from the list.

Mexican President Andrés Manuel López Obrador (AMLO) kept his promise not to go to the Summit of the Americas. After several days of uncertainty on Monday morning during his press conference, he confirmed, on the first day of the Summit, that he will not attend the event in Los Angeles, California, and that his counterpart, President Joe Biden.

“…I am not going to attend the Summit, (Foreign Minister) Marcelo Ebrard is representing me and the government, and I am not going to the Summit because not all the countries of the Americas are invited…and I believe in the need to change the policy that has been imposed for centuries, exclusion, wanting to dominate for no reason, not respecting the sovereignty of countries…”, AMLO emphasized.

The president had already said since May 10 that he would not attend the meeting if the government of the United States, the host country, did not take into account his request to invite all the countries of the hemisphere, including Cuba, Nicaragua and Venezuela.

The leader of the region’s second largest economy regretted not being able to meet with his US counterpart, Joe Biden, and assured that the president is under “strong extremist pressure” and from some leaders of the Cuban community in the United States. “Enough of that,” he asserted.

.@lopezobrador_ says that he will not attend the Summit of the Americas and the Foreign Minister will go on behalf @m_ebrard.

This decision, says the president, is because not all the countries were invited, which “is to continue with the old policy of interventionism.” pic.twitter.com/2ecXRjL7q9


During his daily press conference, he also noted that he has good relations with his counterpart Biden. In fact, he announced that he will seek to meet with him next month to talk about the integration of the continent, but said that the US president was pressured by the Republican Party and by leaders of the Cuban community in that country who have a lot of influence in the government.

“It would be the last straw for us to attend a Summit in that context, that is contrary to Mexico’s foreign policy, to what our Constitution establishes, to non-intervention, to the self-determination of peoples,” stressed the head of state and He added that “from my point of view they are acting with hatred and do not want the brotherhood of the peoples, and they are making a selfless and dignified people like the people of Cuba suffer a lot.”

He insisted that the US blockade of the island is a “flagrant” violation of human rights and a “genocide and therefore (I say) no to the Summit,” he reiterated.

Solidarity with the excluded

The absence of the Mexican president is a blow to the Summit, which runs through Friday, June 10, and is expected to largely address the issue of migration at the US-Mexico border.

For now, the US government has not made any statement due to the absence of the Mexican president and the preparations continue their normal course.

Other countries such as Honduras and territories of the Caribbean Community (Caricom) had also threatened on several occasions to boycott the Summit due to the lack of inclusion of all, while criticizing the US plan to invite the leader of the Venezuelan opposition, Juan Guaidó, recognized by the Biden Government, but not by several Caribbean nations.

???????????? Fourteen Caribbean Community (Caricom) countries assure that they will not attend the Summit of the Americas if the US excludes Cuba, Venezuela and Nicaragua from the event. The news was announced by the Ambassador of Antigua and Barbuda in the US, Ronald Sanders pic.twitter.com/ald5TyD4Nj


“We do not believe in the ostracism policy of Cuba and Venezuela. We do not recognize Juan Guaidó as president of Venezuela. In these circumstances, Antigua and Barbuda will not participate,” said the prime minister of that country, Gaston Browne, during the first week of May.

Argentina, which currently holds the rotating presidency of the Community of Latin American and Caribbean States (CELAC), also called in May for no government to be excluded.

Reasons for excluding countries from the Summit of the Americas

Since May, we have already heard about the exclusion of the governments of Cuba, Venezuela and Nicaragua. The US Undersecretary of State, Brian Nichols, had been saying that these governments “do not respect democracy and that it is unlikely that they will receive invitations”, a fact that has already been confirmed. In addition, the US government does not recognize Nicolás Maduro as the legal leader of the country.

To seal what was already expected, a high-ranking US official told the EFE agency on Monday, June 6, that Cuba, Nicaragua and Venezuela were not invited to the Summit of the Americas because the US “continues to have doubts about the lack of democratic spaces and the situation of human rights in Cuba, Nicaragua and Venezuela. As a result, they will not be invited to participate in this Summit,” the official explained.

This decision comes when in recent weeks the United States had resumed talks with Cuba on migration, precisely one of the main objectives of the host of the Summit to achieve a migration agreement and thus face the challenges that the continent is experiencing.

However, whatever the decision, the president of Cuba, Miguel Díaz-Canel, ruled out his attendance two weeks ago and assured that “in no case” would he go to the Summit. A very similar situation occurred with Venezuela when the US had withdrawn some sanctions on Caracas to facilitate dialogue with the opposition.

Once the Mexican president’s non-attendance at the Summit became known, the Cuban government rejected his formal exclusion from the Summit of the Americas and accused the US of maintaining a “discriminatory and unacceptable” position with Cuba, Venezuela and Nicaragua.

In a statement, the Cuban government assured that the United States, “abusing the privilege granted by its status as host country,” excluded the three nations from the continental event.

Cuba was excluded from the first six hemispheric Summits, held between 1994 and 2012. In the following two it was invited. In 2015, in Panama, Cuban representatives attended after the growing threats of a boycott by left-wing Latin American leaders if it was excluded.

She was also invited to the last Summit in Peru in 2018, but then President Raúl Castro sent his Foreign Minister in her place because Nicolás Maduro of Venezuela had not been invited. Former US President Donald Trump also did not attend and was the first president of that nation not to be present at a Summit of the Americas.

The themes of the Summit

In the meeting that has been held since 1994 and is promoted by the United States, the political leaders of the continent debate and define actions to face the shared challenges of the region, in addition to putting forward proposals to advance integration.

At this IX Summit of the Americas, the economic crisis, climate change, the Covid-19 pandemic, gender equality and one of the main topics will be discussed: the migration crisis.

In March, during the visit to the White House of the President of Colombia, Iván Duque, Joe Biden had declared that the objective of the Summit was “to sign a regional declaration on migration and protection.” And he called for a “new framework for how nations across the region can collectively manage migration in the Western Hemisphere.” Now, with the absence of AMLO, this goal could falter, although Mexican Foreign Minister Marcelo Ebrard will be there.

This Summit also takes place in a context where the United States is concerned about the influence of China and Russia in the region.

With AP and EFE