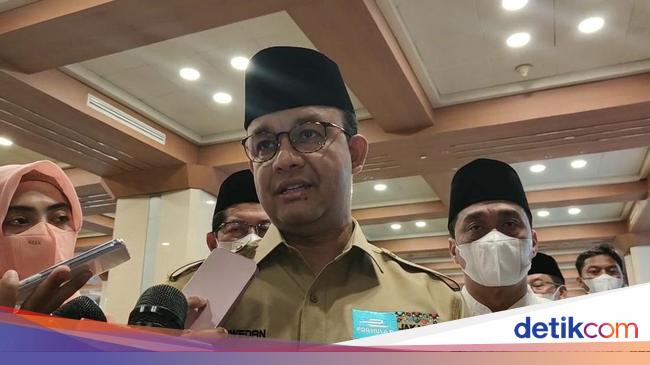 The electability of DKI Jakarta Governor Anies Baswedan in the Kompas Litbang version of the presidential candidate survey has decreased compared to last January. Anies loyalist, La Ode Basir admitted that he accepted the results of this survey as knowledge, not a source of reference. Why so?

He said that reflecting on the early days of the 2017 DKI Jakarta gubernatorial election, the governor-vice governor candidate Anies Baswedan-Sandiaga Uno almost never achieved the highest survey results. As it turned out, both of them came out as winners of the DKI Pilgub.

“Essentially, I have experience with survey institutions and the results related to the DKI Pilkada. From the beginning to the end, almost all survey institutions have never had Mr. Anies number 1 or 2, always number 3,” said La Ode when contacted, Thursday. (23/6/2022).

La Ode also assessed that Anies had a myriad of achievements to the point of real work compared to other presidential candidates currently being champions. This, he said, could be seen in terms of policies, the results of physical development to the awards that Anies received while leading Jakarta.

“Let’s make a list of the names that appear, for example, Mr. Anies, then what is the policy, right? The work can be seen not only in physical form but the benefits can be felt. We list what was done. Second, what is the physical development. This can be seen. Third, the points are good. 1 and 2, people have appreciation, there are awards, the recognition is from an independent credible institution for the government’s work,” he explained.

“Who has the most lists of the three instruments, both policies, physical works and awards? We’ll see the most. We choose the most works,” he continued.

The loyalist who is also the Declaration of the Prosperous Indonesia National Alliance (ANIES) sees Anies as being able to maintain his electability very well by dominating the top 3 surveys. Even so, he assessed that the results of an agency’s survey were not the only measure if you look at the current high popularity of Anies.

As is known, again, Prabowo Subianto, Ganjar Pranowo, and Anies Baswedan still dominate the rankings at the top of the presidential election survey. The latest Kompas Research and Development survey proves the dominance of these three potential presidential candidates.

Quoted from the results of the Kompas Research and Development survey, Wednesday (22/6/2022), the following is the order of electability of the potential presidential candidates:

Watch the video: Ganjar Pranowo’s response to his high electability