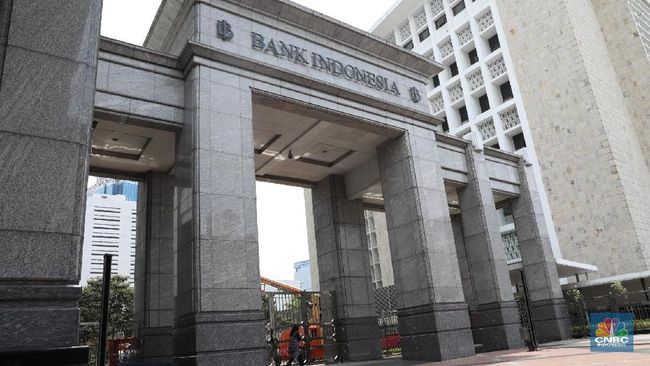 Jakarta, CNBC Indonesia – Bank Indonesia (BI) is ready to raise BI 7-Day Reverse Repo Rate (BI7DRR) if high inflation continues. BI also ensures that they will continue to monitor inflation to ensure that they will provide the right policy response.

The Central Statistics Agency (BPS), on Monday (9/5/2022), announced that Indonesia’s inflation had skyrocketed by 0.95% (month to month/mtm) in April 2022, which is the highest level since January 2017. On an annual basis (year on year/YoY), Indonesia’s inflation shot to a level of 3.47% or the highest since August 2019. The annual inflation is getting closer to the upper limit of BI’s target range of 2-4%.

BPS also noted that core inflation in April penetrated 2.6% (YoY), which was the highest record since May 2020 or two years ago when core inflation reached 2.65%.

BI Deputy Governor Dody Budi Waluyo confirmed that BI’s policy response will depend on the cause of inflation. The central bank will also make a number of efforts to reduce inflation, including by strengthening cooperation with stakeholders, including the government.

“BI continues to monitor the risk of future inflation, the size and timing of the monetary policy response will depend on the factors causing inflation. If inflationary pressures, particularly core inflation, are seen as permanent and will exceed the target, BI is ready to take the next steps, including interest rate adjustments,” said Dody, Tuesday (10/5/2022), to CNBC Indonesia.

Dody added that the spike in inflation in April was influenced by seasonal factors, namely Eid al-Fitr and the restoration of community mobility. He expects inflation to ease slightly if seasonal factors pass.

For the record, the demand of the Indonesian people will reach its peak before Idul Fitri so that the inflation rate always spikes every Eid. Dody said that the current inflation movement is still within BI’s range of 2-4%.

“After this seasonal factor passes, there will be a correction. In general, 2022 inflation is estimated to be within the target range of 3 +/- 1%,” he said.

He explained that the high inflation in April was caused by the supply and cost push inflation or price pressure. From the demand side, the inflation rate is still considered relatively moderate, supported by the negative economic output gap.

“BI will rely on coordination measures with the government through the Inflation Control Team to tackle inflation from a financial perspective supply it,” he added.

Previously, BI Governor Perry Warjiyo at the RDG results conference last April also said he did not rule out the possibility for BI to raise interest rates. However, this policy will greatly depend on how the government’s policy responds to the increase in the expenditure group administered price. BI will also consider fundamental inflationary movements as reflected in core inflation.


OCBC economist Wellian Wiranto said BI’s room to maintain inflation in the 2-4% range is getting thinner. Indonesia’s inflation is believed to pass 4% this year in line with rising commodities in the global market and fuel prices as well as easing of people’s mobility.

“BI said it would consider core inflation while at the same time it would pre-emptive and be careful. We think the best way to resolve this is to accelerate interest rates rather than delay them,” Wellian said in the report Time to Hike.

Wellian explains the steps pre-emptive BI was also carried out to maintain the attractiveness of domestic assets in the midst of the Fed’s aggressive policies. He reminded that Indonesia’s economic growth is also on the right track so that BI is likely to start taking steps to reduce inflation.

Wellian expects BI to start raising interest rates in May this year. For the record, BI has maintained their benchmark interest rate at 3.50% for the last 14 months.

Similarly, Bank Maybank Indonesia economist Myrdal Gunarto said BI will raise interest rates in line with the trend of rising interest rates at the global level and high inflation. The increase in interest rates will maintain the attractiveness of rupiah assets for investors.

On the other hand, Bahana Sekuritas economist Satria Putra Sambijantoro said BI will most likely still focus on efforts to increase economic growth rather than reduce inflation. Moreover, growth in household consumption and investment has not returned to pre-pandemic levels.

“Interest rates only have an impact on demand (core inflation) but the problem we are facing now is inflationary pressure caused by supply and rising fuel prices. Reducing inflation by undermining demand is unlikely to be BI’s chosen policy option,” said Satria in a report titled Will BI Curb Demand to Counter Inflation?

RI has experienced, this is the terrible impact of the Fed’s actions