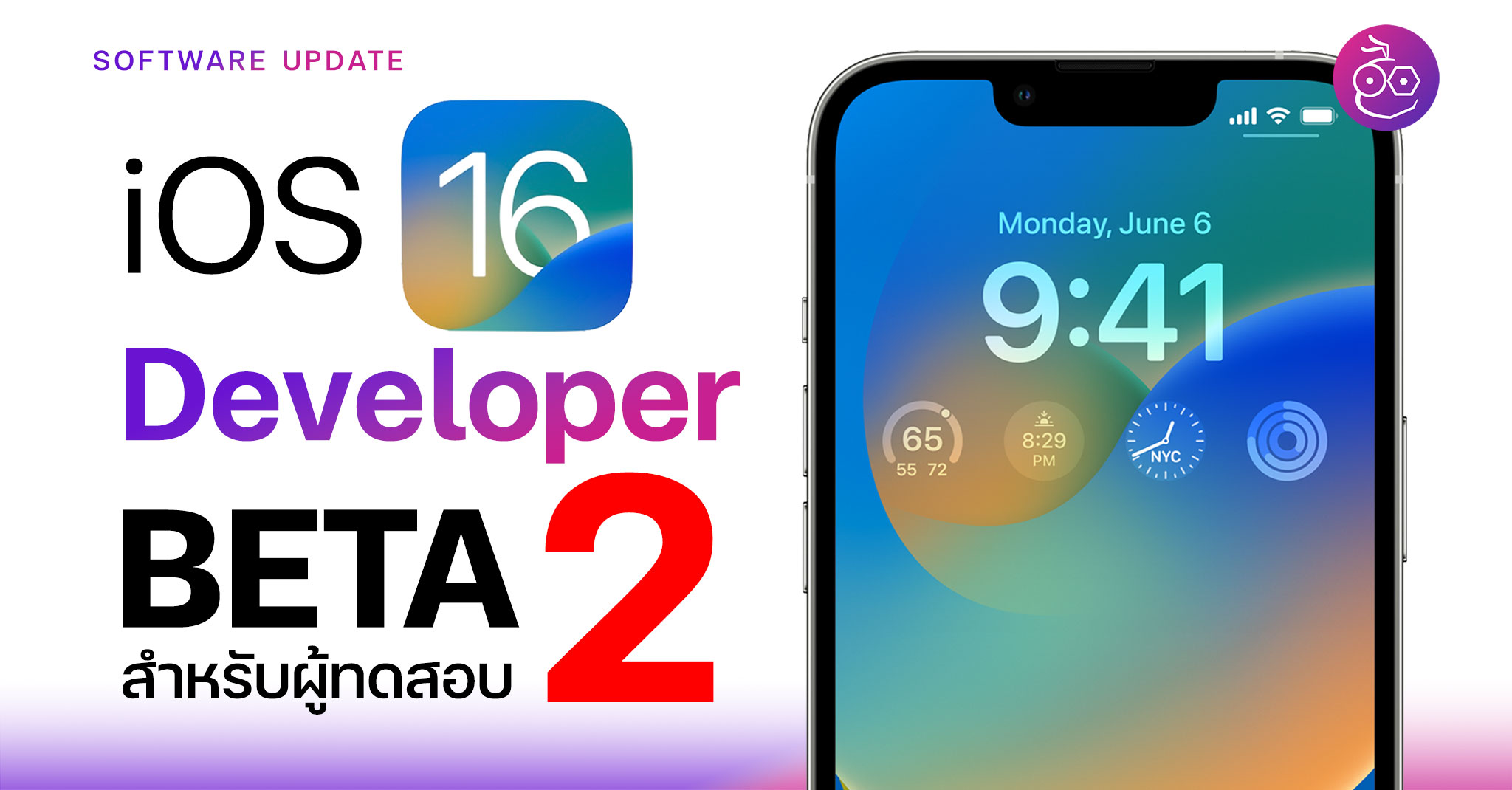 After allowing developers to test iOS 16 less than a month ago, Apple has released iOS 16 Developer Beta 2 Let developers test it. It comes with many new features, such as backing up data via LTE or 5G.

Added an option to customize the background image in the Lock Screen.

There is a filter option to customize the background in the lock screen more. You can choose DuoTone or Color Wash.

If the user selects an image to set as the background image There will be a prompt suggesting “Pinch to Crop” to let users know they can spread their fingers to position, reposition, or crop the image.

Users can now back up their iPhone, iPad via LTE, 5G, or Wi-Fi. Previously, only 5G, Wi-Fi could be backed up, but iOS 16 now allows users to back up over LTE.

After the screen capture is complete There will be a new menu called “Save to Quick Note” that allows users to save screenshots to Quick note.

Users can swipe up in the Lock Screen edit page to select to remove unusable screens.

Developers can customize SMS message filter from unknown numbers up to 12 categories.

iOS 16 is still a test version.

As of now, iOS 16 is still a Developer Beta version, or a test version for developers. The Public Beta version that will allow general users to register for testing will open for registration in July 65. Private, the official version will be Release updates at the end of 65 this year.