Home » World » Aragonès reopens the Canadian route, which contemplates dispensing with the provinces that say “no” to independence 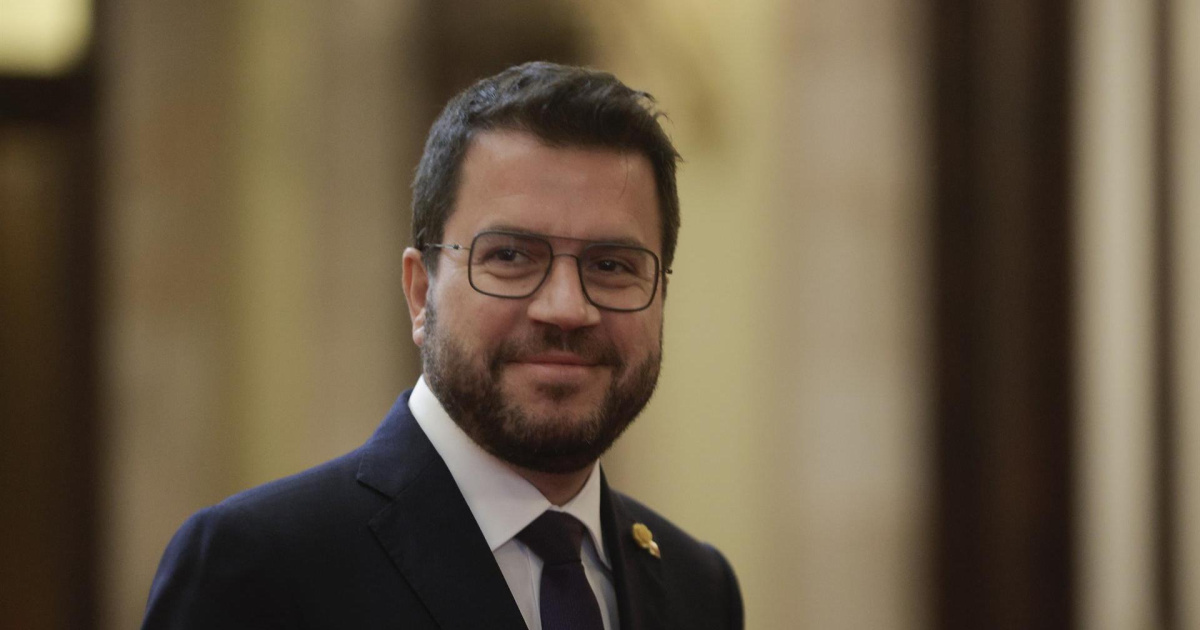 The President of the Generalitat surprised his members and the entire regional chamber during his speech in the general policy debate by putting on the table, once again, a Canadian Clarity Act that leads Catalonia to a self-determination referendum agreed with the central government.

The proposal of the President of the Generalitat to apply the Canadian Clarity Law, which had already been formulated by today’s Minister of Culture, Miquel Icetain 2014 when he was a socialist spokesman in the Catalan parliament, opens the door so that, in the event of independence, the territories that voted no to separation in a hypothetical referendum would remain in Spain.

A few days ago, Isabel Díaz Ayuso, President of the Community of Madrid, accepted the honorary presidency of Tabarniaa concept born in Catalonia after the 2017 regional elections in which it was found that the entire central Catalan coast, between Tarragona and Barcelona – hence the Tabarnia concept – had voted massively against secession given that Cs had been the winner in the majority of municipalities in that area of ​​Catalonia that groups more than 85% of the population and of the Catalan GDP.

The application of the Aragonès proposal, which Moncloa was previously aware of and discarded after a few minutes of being formulated, would imply the partition of Catalonia in the style of Korea or Sudan in two territories, one rich and populated that would remain within Spain (Tabarnia) and another aged, depopulated and economically unviable that would become independent. In reality, the map of independent Catalonia resulting from the application of the clarity law would be very similar to that of the palestinian Territories, pierced like a Gruyere cheese because places like the city of Lérida or the Arán Valley would be Tabarense territories that would remain within Spain but surrounded by the Catalan Republic.

Read also  According to expert, the gas crisis could be over sooner than thought: "This won't last long"

Not only did Iceta raise the idea of ​​a clarity law to achieve a pact between what nationalism calls “the state” and the candidates for secession, but also the Basque Lehendakari, Íñigo Urkulluhas studied the Canadian route as a formula to lead the Basque Country to separation from the rest of Spain.

What does the Clarity Law say?

Canadian provinces, following the Swiss model, have the power to convene non-binding referendums on various topics. The federal government, based in Ottawa, can then accept or not such endorsements and their results.

Quebec is the only French-speaking province in Canada, located in the Atlantic zone, compared to the rest of the country with an Anglophone majority, and in 1980 it proposed, for the first time, the celebration of a separation referendum from the rest of Canada. The proposal, despite the enthusiastic support provided by País, was defeated, but in the 1990s the Québec regional government, in the hands of the nationalists, returned to the fray and proposed a new independence referendum.

The federal government asked the Canadian constitutional court if such a referendum was possible, and the court’s response, two years later, was that unilateral separation was not feasible, but that if a referendum is held and the ‘yes’ vote is won, a negotiation should be carried out between the provincial and federal governments.

This is how the clarity law was born, which was very badly received by Québec nationalists and which established three very clear principles, hence its name. The first is that the referendum question should be unequivocal, the second is that in the event of a ‘yes’ victory, it should be established that a sufficient majority was considered and from there open a negotiation to carry out a constitutional reform that would avoid any vacuum legal; and the third is that the territories that voted to remain in Canada should be able to stay.

Read also  Who sabotaged Nord Stream 1 and 2 - Russia or even the USA?

The second referendum was held in 1995 and the ‘no’ vote won again, in this case by a narrow margin of 55,000 votes, but the reality is that since the entry into force of the Clarity Law Canada has never again held a self-determination referendum. As in Catalonia, Barcelona votes against the separation and the interior of the Community in favor. In Quebec, Montreal voted no and the Labrador area voted yes.

The effects of nationalism in Quebec and Catalonia have been equally pernicious for both regions. Quebec between 1975 and 1995 lost 200,000 inhabitants who sought accommodation in other Anglophone Canadian provinces or in the US and according to the Montreal Economic Institute in those years 700 companies left Quebec. Since 1995 Quebec has gone from having 131 to 94 large companies, these companies, the engine of the Quebec economy, have gone to Calgary and Vancouver.

Quebec and Catalonia have not suffered the consequences of the instability and lack of legal certainty only at the precise moment of the referendums, but rather the economic and business desertification has become in both cases a constant flow.

Just as the growth of Catalonia since 2017 is below the national average, since 1980 the GDP of Quebec has grown below that of Canada to the point that today a Canadian is 5,500 euros richer than a Quebecois.

Also in the financial sphere Both regions have had similar experiences. If in the Catalan case it was Caixa Bank and Sabadell that moved their headquarters to Valencia and Alicante respectively. In the Canadian case, the Bank of Montreal and the Royal Bank of Canada left Quebec for the Anglophone zone.