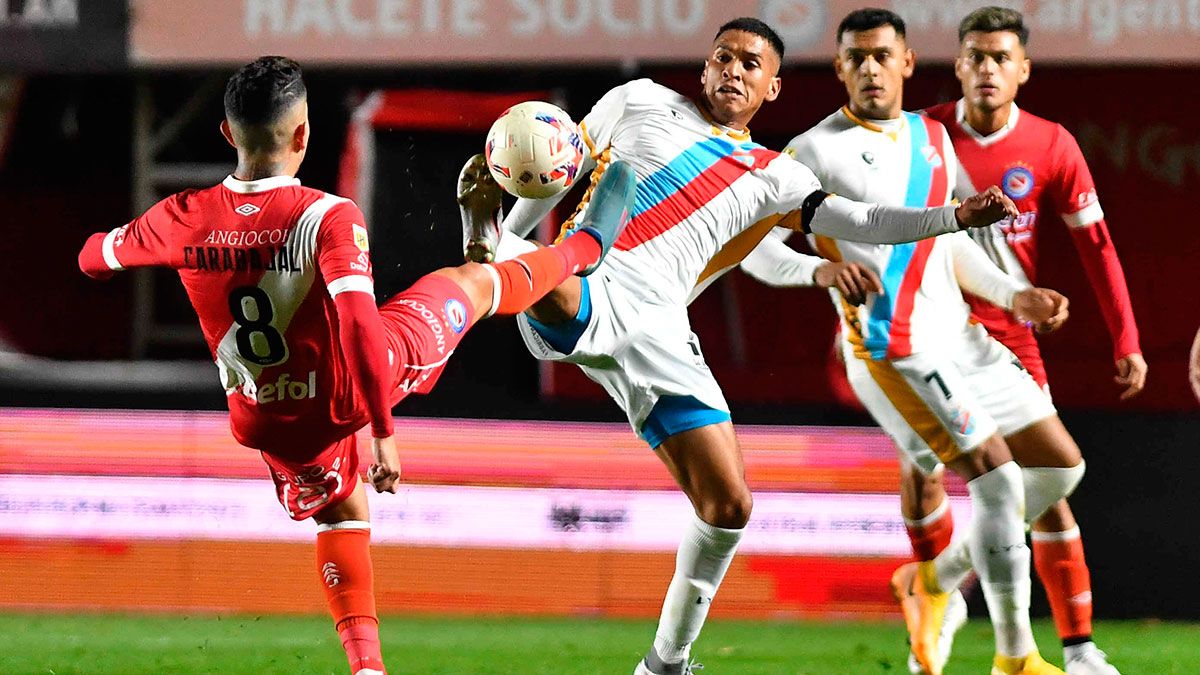 El Bicho and the cast of Viaducto tied 1-1 for the fifth date of the Professional League.

Arsenal rescued its fourth consecutive draw in the LPF tonight by equalizing with Argentinos Juniors in a goal, in La Paternal, for the fifth date of the championship, in an entertaining match.

The locals took the lead through Nicolás Reniero, in the first half, and in the second, Cristian Colmán equalized for ‘Arse’.

The Sarandí team added its fourth consecutive draw, after the defeat against Boca Juniors (2-1) on the first date; while Gabriel Milito’s men tied for the first time in the competition, after two home wins and another pair of away losses.

Argentinians got their adversary up early in the morning shortly after the start of the game, after Arsenal’s first advance, in a quick reply that culminated in Reniero with a splendid definition of the air by taking advantage of a lack of intelligence in the rival defense, at 3 minutes.

In this way, the forward, former San Lorenzo and Racing, rediscovered the goal on his return to the first team after an injury that had prevented him from playing in this tournament.

With the advantage, the homeowner asserted himself better on the field to control the game and take advantage of the fact that the visitor was unsettled from what he had planned.

Thus, Gabriel Carabajal found the spaces to command the offensive of the ‘Bicho’ in the sharp counterattacks, which had goalkeeper Alejandro Medina with piecework.

While those of the Viaduct managed to generate some dangerous loads for Federico Lanzillota with the entrances of the Paraguayan Cristian Colmán in search of equality, within the framework of a dynamic and entertaining development that the show offered in the first half.

With the entry of Facundo Kruspzky by Alejo Antilef at the beginning of the complement, the ‘Arse’ found a greater volume of play and a faster exit to supply Colmán.

In this way, the striker, former Godoy Cruz, finally had the pleasure of finding the tie after a counterattack, which ended by taking the ball from the admitted Mariano Bíttolo (by David Salazar), in the local area, and with violent shot surpassed Lanzillota, at 6 minutes.

Argentinos, little by little, reacted and without looking like in the first half, they still generated several situations to convert, which prevented Medina from having an outstanding performance.

At the same time, Leonardo Madelón’s men, who proposed a game of pressure and friction, also had some chances to unbalance, which neither one nor the other achieved despite their intense fight until the end.

For the sixth date, Argentinos Juniors will visit Central Córdoba, from Santiago del Estero, on Friday, July 1 at 7:00 p.m.; while Arsenal will receive Estudiantes de La Plata, in Sarandí, on Monday 4 at 5:00 p.m.