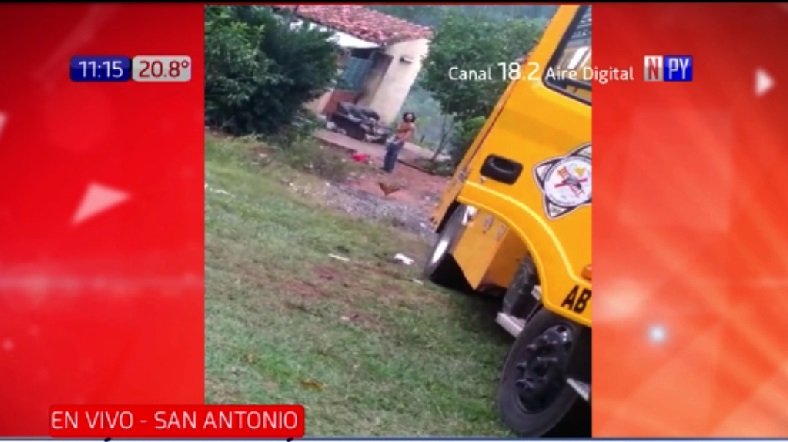 The San Antonio Volunteer Fire Department was alerted to a fire. When the firefighters arrived at the scene, they identified that the smoke came from a dump, but a man appeared and refused to let them pass and even threatened them with a machete so that they would not get close to the flames.

Staff tried to talk the man into getting in, but to no avail they had to call the police to help them. When he became aware of the presence of an officer, the man locked himself in his home, where he remained until the officers left.

According to firefighters, the fire would have started because of a burning wheel that spread in the wasteland, and could have been extinguished before it spread.