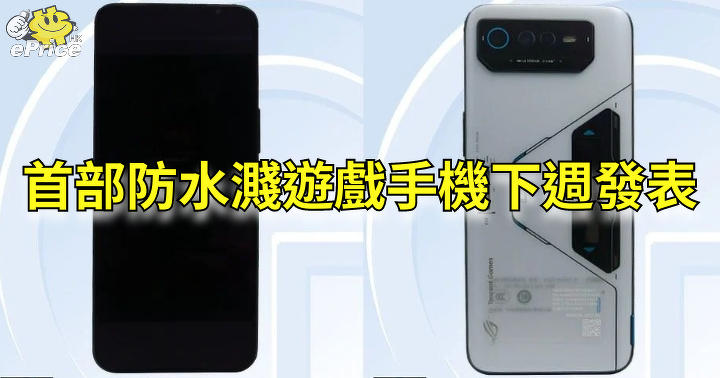 The IPX4 rating is not dustproof, but liquids spilled on the case from any direction will not cause harm. Many mid-to-high-end mobile phones on the market have reached the IP68 dustproof and waterproof level. The ASUS ROG Phone 6 series only reached the IPX4 level, which is not very good at first. However, game mobile phones often pursue the ultimate heat dissipation capacity, and at the same time have physical game buttons. It is not easy to achieve IPX4 splash resistance.

According to the information previously published by the Ministry of Industry and Information Technology of China and the benchmarking website Geekbench, ASUS ROG Phone 6 will be equipped with a Full HD+ resolution 6.78-inch AMOLED screen, support 165Hz update rate and under-screen fingerprint recognition. The phone will use the Snapdragon 8+ Gen 1 processor, with up to 18GB RAM and 512GB storage, and a built-in 6,000mAh battery will support 65W fast charging. It is reported that the ROG Phone 6 uses a 12MP selfie lens, and the main lens of the back camera is 64MP. The specific specifications and listing arrangements will be announced next Tuesday.