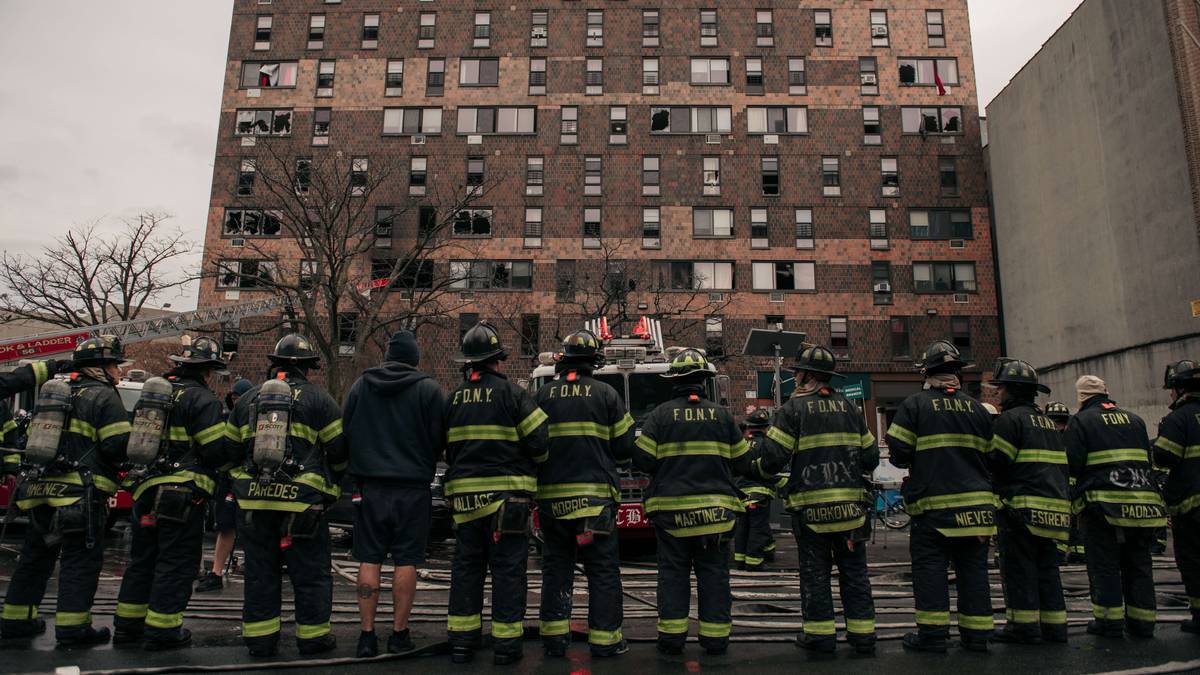 Over 60 people are injured, for 13 of them the condition is critical.

The fire is said to have started in a defective electric heater, writes NBC New York. According to the newspaper, the fire is the worst in the city in 30 years.

“There were people trapped in their apartments throughout the building,” said Dan Nigro of the New York Fire Department.

Survivors have said that they ran through black smoke in the stairwells and that it was almost impossible to breathe.

Started on the third floor

The fire broke out on Sunday morning local time in an apartment on the third floor of a 19-storey apartment building. It spread quickly, despite large firefighters working hard to put out the flames. The fire was extinguished at 13 o’clock, local time.

Several of the apartments in the apartment block have been converted into smaller dormitories, and that made the extinguishing work difficult, says a spokesman for the fire service.

The fire itself did not spread that far. Only one apartment and an adjoining hallway have been burned down. The large amount of damage is due to the smoke that was allowed to spread in the apartment block.

The door to the apartment and a door to a stairwell had been left open, which meant that smoke quickly spread throughout the building, fire chief Daniel Nigro told a press conference last night.

The doors will be closed automatically according to the regulations, but it is uncertain whether the rule applies to this building, writes the news agency AP.

Firefighters found dead and injured on each floor. Many died of suffocation and cardiac arrest.

Some of the residents said that they initially ignored the smoke alarms because false alarms are so common in the 120-unit building. The block consists of affordable housing and was built in the early 1970s.