The first job of Aurora rosales It consisted of pasting and closing the envelopes with the invitations to the premiere of the Lorca montage So five years have passed from Miguel Narros placeholder image at Slavic Theater from Madrid in 1978, a task for which he received one hundred pesetas. Later linked to National Dramatic Center (as deputy director of Gerardo Vera), al Free Theater (as attached to Lluís Pasqual) and to Royal Theatre, arrived at the Teatro del Soho Caixabank by the hand of its first director, Pasqual himself, whose position he assumed after his departure. From her discreet anonymity, she is one of the most respected professionals in the sector in Spain.

– What balance do you make of these first two years of the Soho Theater?

-Facing forced closure and all the difficulties that came after a pandemic is lethal for any project of this type. However, if I look back, I find that what has marked this stage has been optimism and improvement. We have not gloated over the tragedy of the situation, but we have been looking for solutions to each problem. And this is due, above all, to the fact that we have an optimist like Antonio Banderas in front of us, who has shown us in this time that, even in the worst adversity, it is possible that good things happen, that everything goes ahead and that, with best effort, we can do what we want to do. And it is very difficult to contradict him.

Read also  Noelia shows her support for Frida Sofía; she remembers being called crazy when she reported abuse from her stepfather

-You came to Malaga with extensive experience in institutions such as the Royal Theater, the National Dramatic Center and the Teatre Lliure. Is the Soho Theater a full stop?

-In many ways yes, because after fifteen years working in public theaters I came to a theater of a private nature, whose owner rejects public investments and only admits strictly private sponsorships and travel companions. And that represented a new world for me. In the beginning, it was difficult for me, for example, to start programming without a starting base budget. How do you make a show like A Chorus Line, with a production of one million euros, starting from scratch, playing everything to the performance at the box office?

-Well, fundamentally, with a team behind us like the one we have, fully involved and capable of anticipating unforeseen events. Then, of course, the experience and contacts accumulated in other theaters make things much easier. In any case, I would like to emphasize that, although we are a private theater, we offer a public service.

-First of all, we have placed Malaga on the national map of the performing arts as a focus of attraction similar to Madrid or Barcelona. We are not only an exhibition center, but also a production center, with which we employ about two hundred people. Our company is constituted without profit motive: here no profits are distributed, but the profits are invested in our productions with the satisfaction of the viewer as the first objective. It is clear that a musical show with prerecorded music would be much cheaper for us, but our commitment is to have a live orchestra of twenty-five musicians at each performance. If that’s not a public service …

-What immediate forecasts do you have regarding the restrictions that may occur due to the pandemic?

-For the moment, we celebrate the decision of the Junta de Andalucía to allow the provision of the full capacity. For the November premiere of our new musical, Company, which will star Antonio Banderas, was a fundamental question. Of course, we are going to be prudent and to go on selling the tickets little by little in case the situation changes at any time. Now it is about the public to lose their fear and respond as we expect, but we are convinced that this response is going to be given. Many theaters have remained closed but we decided to surf the circumstances at the time, which has already allowed us to win the favor of the public despite the restrictions, although we have also had to face painful cancellations. Finally, we hope that the season will develop as normally and without lowering our guard.

-Will there be surprises in the new programming beyond Company?

-It is true that Company It is our great bet for this course, with which the rest will be integrated into a program, let’s say, condensed, the details of which we will announce soon. Antonio Banderas has reserved in his agenda from November until Easter next year for this show, and, except for a few specific dates in which he cannot be due to unavoidable commitments, he will star in all the functions. For its part, it will be several months with zero profit, ceasing to enter what would enter making movies. But his passion is now here, in Malaga and in his theater. For our part, we will take the opportunity to relaunch our national and international projection. There are people who travel to Madrid or Broadway to see a musical. And we are going to show that it is possible to put Malaga in that division. We already did it with A Chorus Line and we are going to consolidate it now.

-In addition to optimism, does the work with Banderas also translate into a greater demand?

-Yes. What happens is that he demands himself, before anyone else. And when you see such courage every day, what you have is an invitation to measure up. If we work sixteen hours a day, we make it happy. First, because we like it. And second, because we have someone who takes away our fear all the time. Without that, there would be no way to keep up with this rhythm. 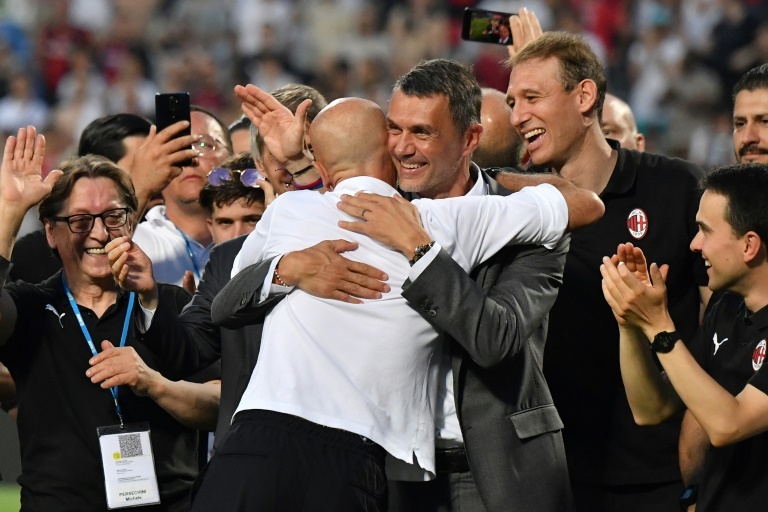