Batistuta responds harshly to Cassano’s attack: “He didn’t grow up…” 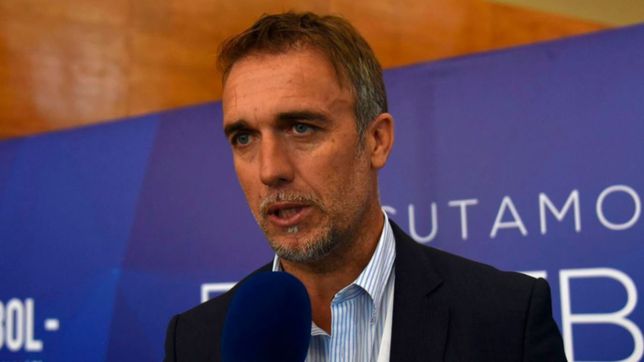 Gabriel Batistuta and Antonio Cassano were teammates at Roma and the Italian doesn’t seem to have good memories of the moments he shared with the Argentine. Cassano attacked Batigol on the ‘Wild Moss’ podcast and a week later came the resounding response from the Argentine, who assured that he was “sorry” and that Cassano “did not take advantage of football to grow as a person.”

“It was horrible when I was with Batistuta and Marco Delvecchio in the Rome. Batistuta in a particular way, because when Trigoria arrived [ciudad deportiva de la Roma] I didn’t even pay for a coffee, nor greeted any waiter. This was at a time when he was earning ten million euros, ten”, declared Cassano.

Batistuta’s response came through ‘La Nazione’. “Being considered unpleasant by Cassano seems like a nice compliment to me. I’ll tell you something, when he arrived in Rome I saw him bewildered, he couldn’t settle down. I talked to my wife, we took him home and now to hear her talk like that… I’m so sorry. I feel sorry. He did not take advantage of the opportunity that football gave him to grow as a person”, assured Batistuta.

The former Argentine player spoke of the stingy adjective with which Cassano described him: “If that means throwing money away just to make others happy, it may be true. I have earned my money from start to finish and use it as I please.. I rarely buy something I don’t need and when I do need it I don’t look at the price. Call it whatever you want”.

Batistuta, second top scorer in the history of the Albiceleste, also spoke about what football meant to him: “Now I smile more, I’m more relaxed. For me, football has been a job, a nice job but also a great responsibility. There are people who paid to see me and I couldn’t afford it to be just a game. So I took it all seriously and had no room to relax. It seemed hard. A joke is enough to cause a scandal and journalists are always on the lookout. I’m nicer now.”