Because of a “kiss” .. an Indian young man was bitten by a “cobra” 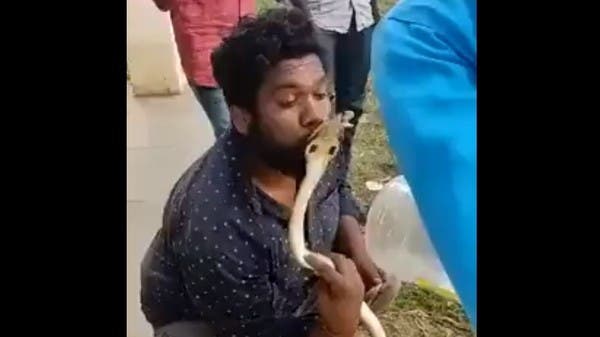 In a shocking situation, an Indian young man was bitten by a “cobra” snake because he tried to kiss it, according to a video circulating on social media.

In the clip, a young man from Karnataka appeared trying to kiss a venomous cobra, but he failed and was bitten.

After being bitten, the young man retreated and the snake escaped from his grasp, without clarifying his fate, according to the Indian Express website.

It is reported that cobra venom is destructive to nerve tissue and may cause damage to the heart muscles. If not treated quickly, a cobra bite can lead to nerve damage, muscle paralysis, and in extreme cases, respiratory failure or cardiac arrest.