Behind the wheel of the new Peugeot 308: Not just a suburban lion

Home » Business » Behind the wheel of the new Peugeot 308: Not just a suburban lion

Although even in the lower middle class, “classic” body types receive a bit of sales from crossovers and SUVs, hatchbacks hold a solid 23% of the Czech market and Peugeot has not betrayed its important representative. He introduced the 308 model in a new generation, on the latest variant of the EMP2 platform, designated V3. The new DS 4 or Opel Astra, for example, run on the same basis, but each of these cars has a platform adapted to suit the target group of customers.

The new “three hundred and eighth” is among the seven finalists in the European Car of the Year 2022 poll and is the only one that is not an electric car. It has something to build on – the previous generation won this survey in 2014. Subsequently, it sold 1.31 million units in the EU in 8 years of production.

The novelty is the first model to bear the new Peugeot logo, and several others have the first place. It’s the wireless Android Car and Apple CarPlay, the heated steering wheel and the Matrix LED headlights, which can “shade” cars around them and also react to the course of the road.

The new 308 is the first Peugeot with a matrix. However, unlike its predecessor, I do not see the front fog lights in the price list.

Of course, these elements are not standard equipment, but that does not mean that they are poor. Of the driving assistants, it includes cruise control and a speed limiter with a recommendation to take over the speed limits that the car can read from traffic signs. There is also autonomous emergency braking, warning of insufficient distance from the vehicle in front, active lane monitor or driver fatigue monitoring.

Comfortable features include automatic dual-zone air conditioning, keyless start, LED lights at the front and rear, and a digital i-Cockpit system – 10 ″ display, located higher under the windshield, as has been the custom with Peugeots for years. The equally large central display cooperates with it, in which the display in both displays can be set very widely.

The central display with three large tiles is clear. Below it is the so-called i-Toggles, the second display with adjustable shortcuts, and a little lower than a few real buttons to control some air conditioning functions.

In higher versions, it is worth mentioning the third, elongated display below the central one. It has a “Home” button and five shortcuts that the driver can configure according to his needs. It can store a favorite radio station, a shortcut for navigating to an address, switching off the start-stop or, for example, a specific temperature in some half of the car. Peugeot calls it i-Toggles and it’s a great idea.

Gasoline and diesel under the hood

Of course, all engines have a turbocharger and only the front wheels are driven, the classic torsion bar works on the rear axle everywhere. The purely electric variant will come next year, it should have a range of about 400 km on a single charge and use a non-lithium-ion battery, but a new nickel-manganese-cobalt battery, called LiNMC.

Peugeot moved the windscreen 10 cm backwards compared to its predecessor, almost succeeding in giving the impression that the body sits more at the rear of the wheelbase, as if the car had a classic concept, ie the engine in front and the drive of the rear axle. Of course not, but it really suits the car.

The choice for most engines is between a six-speed manual transmission and an Aisin automatic eight-speed transmission. As for the voters, I can praise the new 308 in both of these versions. The six-quality gear lever head is much more comfortable to hold, the miniature selector – which reacts fast enough, almost like the new Volkswagen products – has replaced the strange lever that one had to lift to shift the D.

It is also worth mentioning the fact that the GT designation no longer means a sporty variant – it’s just equipment. It does contain something called the Driver Sport Pack, but it’s just electronics – specific settings for the transmission, power steering and accelerator pedal. And also a false engine sound. The seats and the chassis are identical to the other versions.

One could see gray-blue or otherwise boldly colored seats in a compact, perhaps sometime at the turn of the 80’s and 90’s in the USA. Peugeot deserves a thumbs up for this move. And if the parts of the dashboard and the door panels were the same color, which wouldn’t be out of the question when these covers, for an additional 43,000, are only for the highest equipment, those thumbs would be two.

And also that Peugeot is relatively untied with its range of colors, not only from the outside. The base color is the green you see in the photos, and only four of the seven colors available are shades of gray. There is still blue, which is also visible between the photos and “three hundred and eight” really looks good, and red.

Where’s the courage inside? It takes the form of leather seats in light gray-blue Naboo, which look good and the car in combination with the light pearlescent white Nacré looks very good.

The engine can be heard well

There is one interesting thing about that. It is provided to Peugeot by the well-known company TomTom, and while radar data and basic information on traffic complications are standard, as well as online map updates, real-time traffic density data must be activated by the customer in their user account. For the first three years of the vehicle’s life, it’s free, then some annual fee is paid, so far in an unknown amount. And such a possibility will be available to other car owners who will buy it as a used car.

The interior looks good and its elements are pleasant to use – after you get used to their system. However, due to the location of the instrument panel, it is not for everyone.

The PureTech three-cylinder has a distinctive, a little angry and a little hoarse sound that can be heard quite well in the interior; however, forget about any transmission of vibrations, they are filtered out perfectly, even with the gear lever of the six-speed manual. It’s not a strong man in a car like this, but that’s enough; consumption on longer routes in turn helps to reduce a very long sixth gear.

“Three hundred and eight” is nicely balanced with it, the bow looks light-skinned and follows the wheel beautifully. The driving is comfortably light and I could imagine a little faster reaction, but I’m not sitting in a sports car and everything is fine for a normal ride. In general, the main advantage of the puretech is its low weight, especially compared to the turbodiesel, which is one step lower, which I drive a short time after.

The turbodiesel is available in a single power variant and can be heard very well in the cabin even when hot. Its sound is not unpleasant, but it is still a little more pronounced than it should be, especially if Peugeot aspires to a slightly “premium” position in the market. Compared to the three-cylinder petrol engine, the car obviously has a heavier bow, but that doesn’t mean it doesn’t want to turn. You just know in the car’s movements that most of that extra weight is over the front axle.

Even the basic version of the rear lamps does not look ugly and I enjoy the pair of fog lights and reversers.

Both variants are combined by a decent interior durability and very pleasant materials both on the dashboard and controls, as well as on the seats. and it is also worth mentioning the good noise reduction from the wheels; maybe that’s why the engine sound is so strong in the “diesel”.

I also like the slight rotation of the central display towards the driver. On the other hand, as in most other Peugeots, I can’t see the raised instrument panel over the steering wheel rim well if I have it set up for myself together with the seat. Of course, this is entirely individual, some fellow journalists praise the i-Cockpit.

The driver’s station is relatively tight, but not space-tight or cramped, as is common with new Peugeots. There is no space left on the rear seats, but with a height of 184 cm, I can fit “behind me” without any problems, and the large rear doors make boarding easier.

This single green color on offer is the base color, it doesn’t pay extra for it.

I would rather keep the verdict on whether I would put the new Peugeot 308 in my garage and in which version for the classic weekly test. 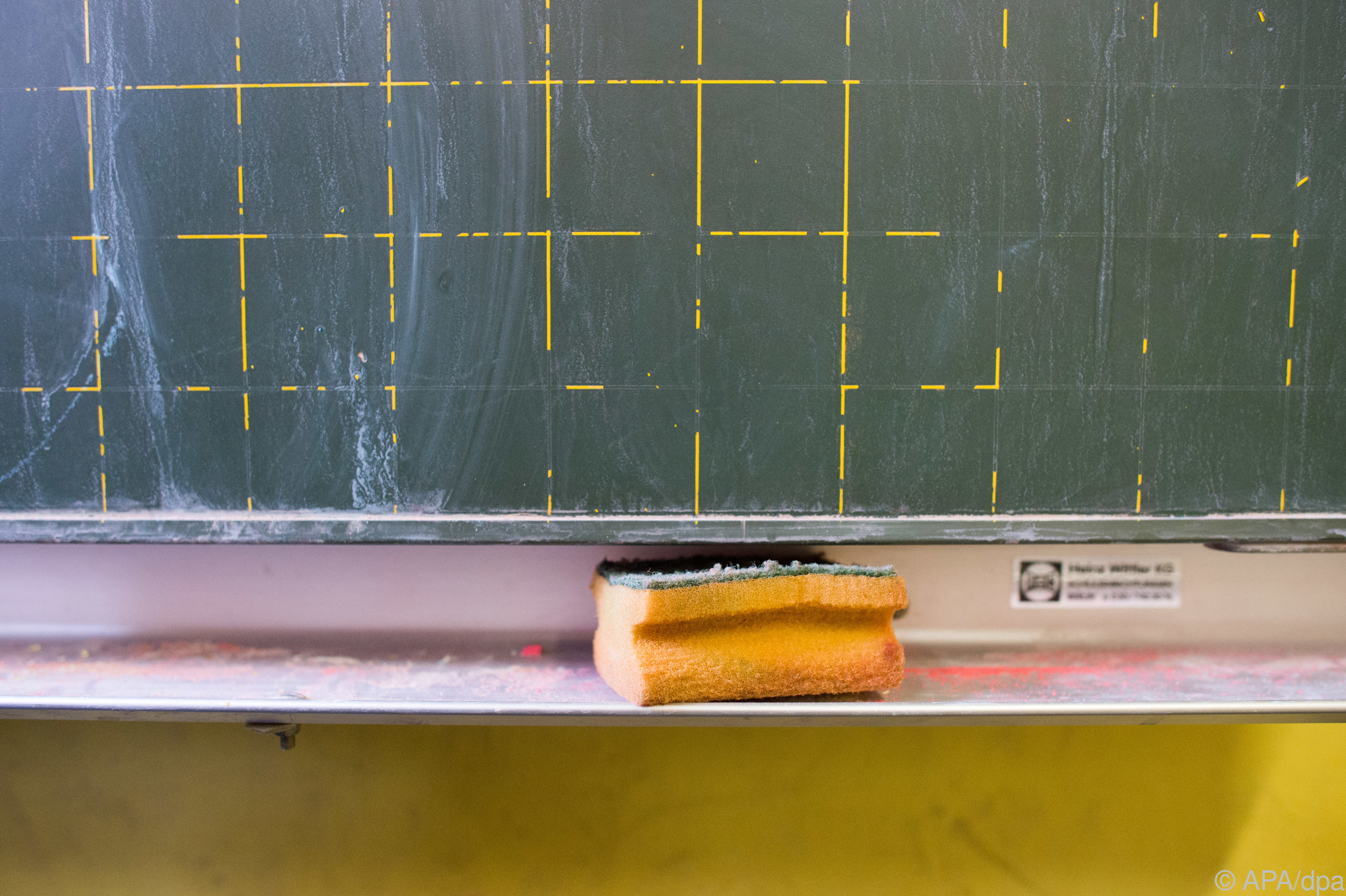