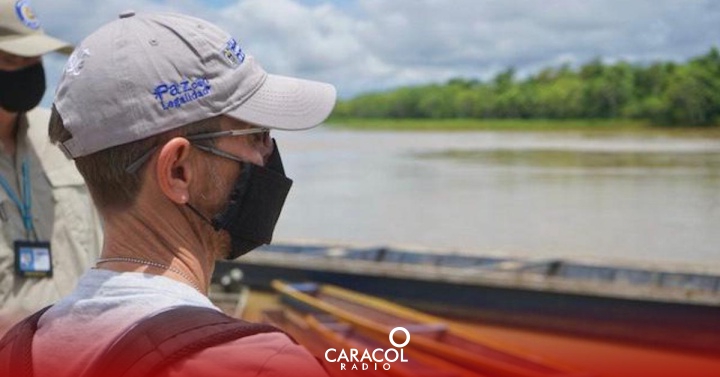 The Presidential Advisor for Stabilization and Consolidation, Emilio Archila arrived in Chocó to present the progress in social investment, works at the Bellavista hospital and productive projects that had been communicated four months ago, on the anniversary of the Bojayá massacre. At the meeting, it was suggested to define the compliance schedule as of December 31 of this year. with representatives of more than 40 government entities.

“We have a serious commitment to the victims. We will continue working for Bojayá, for Chocó and for the 170 municipalities most affected by the violence“, said the counselor Archila in the meeting with social leaders and the community.

“We are going to move forward with the implementation to peace with legality, the policy of victims, the process of restitution of crops and theDevelopment plans with a territorial approach, with ethnic and gender emphasis“he added.

In terms of figures, the National Government, headed by Councilor Archila, assured that the Department of Social Prosperity also advances works to the Bellavista hospital, which are executed by DPS for a value of $ 8,640 million with an advance close to 12%; it is also expected to finish this year. They also highlighted the investment in a synthetic pitch worth $ 2,154 million, work that generated 40 direct and 20 indirect jobs, its delivery was announced for the end of October 2021.

The meeting was also attended by the governor of Chocó, Ariel Palacios, who emphasized that “The department of Chocó has many needs, the resources are not enough to meet all these needs, we need the help of the National Government, through the Agency for Reincorporation, “he added that” today we have acquired that commitment, here in Bojoyá, that the government can know what has been working in other departments and in this way build in the department of Chocó “.

In terms of electrical interconnection, once technical issues are overcome, energy will arrive permanently at Bellavista (municipal seat) in the first semester of 2022. The photovoltaic solutions project that began last month through the “Todos Somos Pacífico” program for 50 communities (35 indigenous and 15 Afro) for $ 39,922 million, ends in August 2023.

Archila announced that, As of November, the Agency for Reincorporation and Normalization, ARN, will implement the Strategy “Mambrú, this is another story“, in the municipality of Bojayá through which it seeks to strengthen the protective environments of children, adolescents and young people, and prevent their recruitment. This intervention will benefit around 45 people from the municipality and it will have an approximate investment of 250 million.

In improvement of tertiary roads in this PDET municipality, 772 meters of footprint plate were built on the Via Bellavista – la Ciénega. It is a work that benefits approximately 11 thousand inhabitants and that cost $ 1,065,054,374.

Back to Bojayá #Choco it is always inspiring and absolutely committed! The govt @ArielPalaciosC He literally put on his shirt and gave us the good news that he will adopt a departmental policy that allows continuity so as not to stop working for peace in less than 15 years pic.twitter.com/HKmx7dsboq