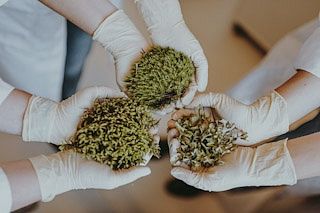 In the past, the company has raised another 500,000 euros from various sources and European Union (EU) projects.

Among the investors are funds with which the company has already had successful cooperation in the early stages of development – “Buildit Latvia” and “SOSV”, as well as attracted a new investor “Givaldi”.

The company has invested in a pilot plant to provide the infrastructure for the efficient production of biologically active substances using plant cell cultures, the company explains. The first three products, raw materials with proven positive effects on skin health, have already been commercialized.

Currently, the company needs to increase its current cell culture capacity, as well as to develop new raw materials with market-demanding properties based on existing technology. During the year, investments in production equipment will increase the production capacity of existing products. The additional investment will also accelerate the development of new products, which has already started, allowing the company to launch at least two new raw materials in the coming years.

SIA “Alternative Plants” was registered in 2017, and its main activity is the production of active ingredients for cosmetics, using a biotechnological approach, cultivating plant cells.