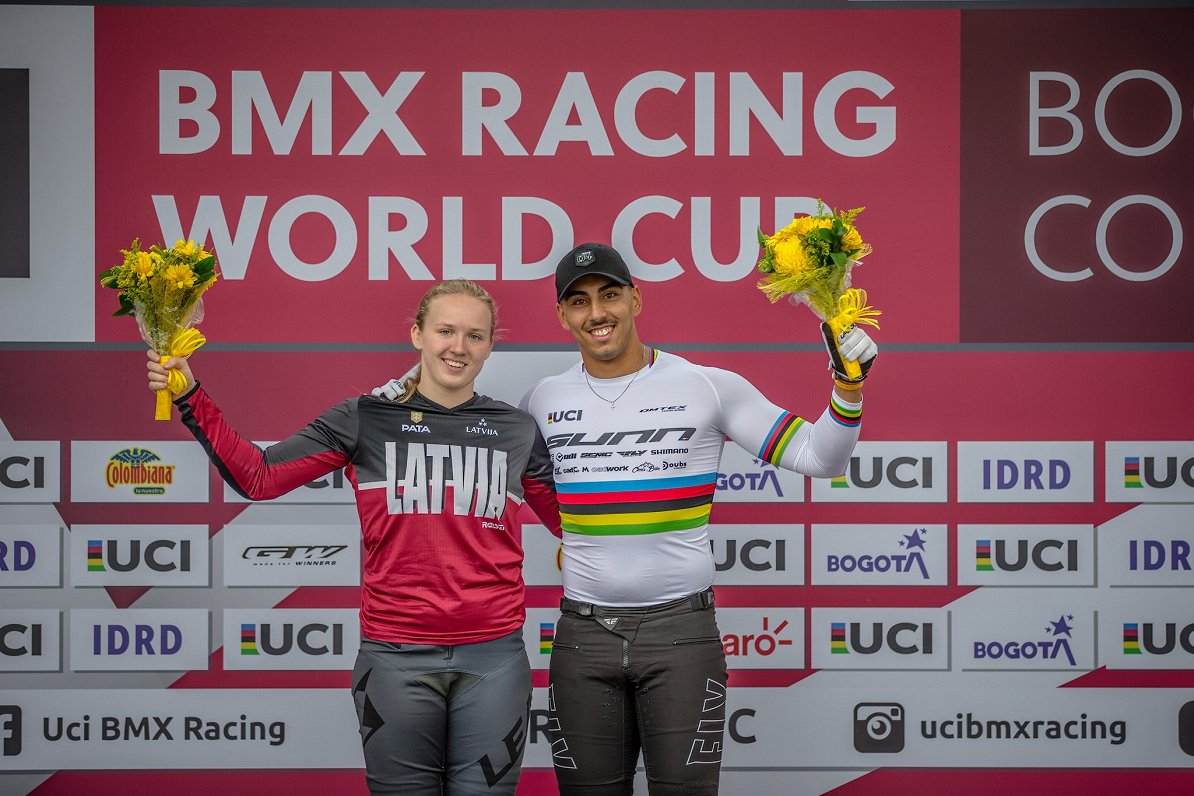 Stūriška won her first career victory in such a high-level competition on Saturday, accumulating victories both in the preliminaries and convincingly ahead of her competitors in the final. A day later, in the sixth stage of the season, Stūriška was always ahead of all rivals.

In the adult elite competition, the best success for Latvian BMX riders in Bogotá was the round of 16 reached by Kristen Krieger on Sunday. For women, Vineta Pētersone did not advance beyond the first round in both stages.

The World Cup season will end right there in Bogotá with the seventh and eighth stage competitions in the first days of October.