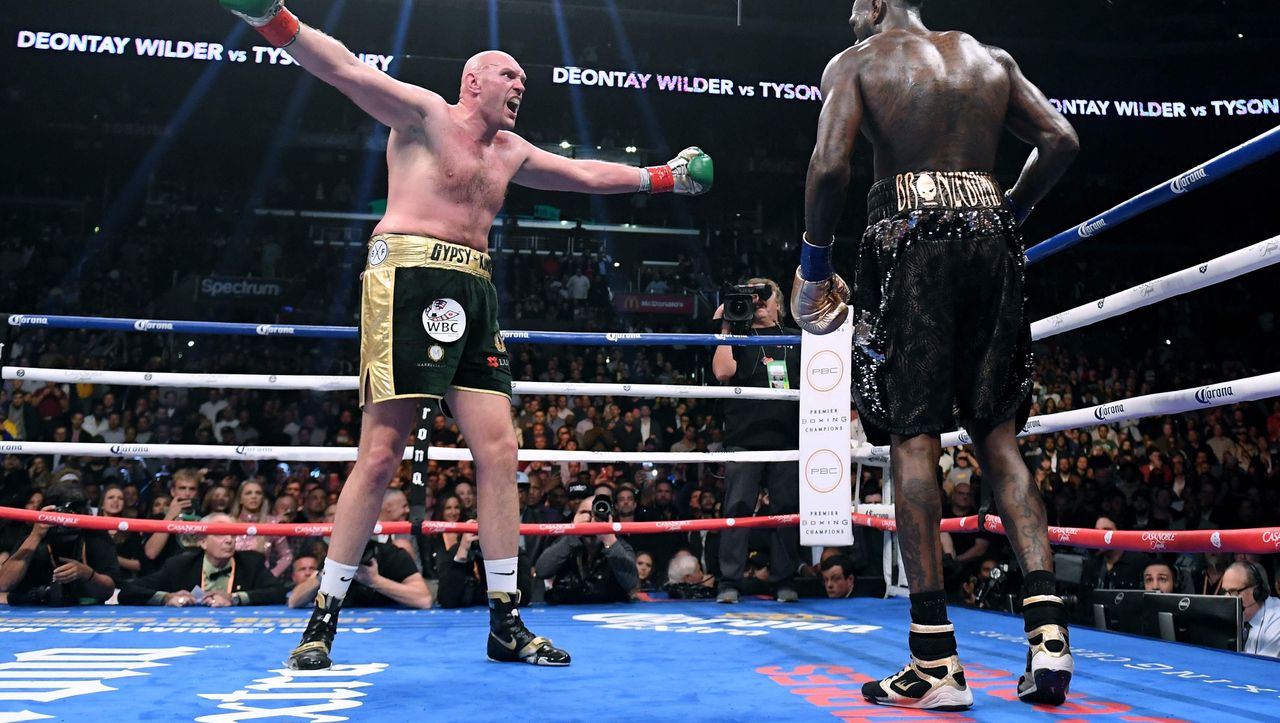 “I got up at night for that.” “For that my father woke me up at night.” Such sentences are heard more often about no sport than about professional boxing. What German boxing fans have been united for generations is sleepless nights between Saturday and Sunday with live broadcasts of big fights from the USA. It began in the 1930s with radio reports of Max Schmeling’s battles against Jack Sharkey and Joe Louis at Yankee Stadium in New York. Muhammad Ali, Sugar Ray Leonard, Mike Tyson, Lennox Lewis, Roy Jones Jr., Floyd Mayweather Jr. – at any time there were boxers whose fights you couldn’t miss.

This weekend, on Sunday night (from around 5:30 a.m., livestream: DAZN), two of the world’s best heavyweights will meet WBC World Champion Deontay Wilder and Tyson Fury. It is the second fight between the two. At the first duel in December 2018, no one was disappointed who set the alarm clock. The Briton Fury showed that he is technically and tactically the better boxer, moved well and consistently eluded Wilder’s attacks. Nevertheless, the American managed to use his devastating punch twice: in the ninth and twelfth round, Fury had to hit the ground. The second knockdown would have knocked out any other opponent. But Fury somehow managed to get up again. In the end, the judges agreed that they could not agree on who won the fight.

The rematch did not require a team of highly paid marketing experts to reactivate the “Unfinished Business” claim popular in the boxing industry for the application. The styles of Wilder and Fury could hardly be more different. That is precisely why they go well together. It is the classic duel between puncher and boxer.

Raw violence against the fine art of boxing

With a height of 2.01 meters, Wilder is a long, but also a light heavyweight. In Las Vegas he climbs the ring with 104.8 kilograms. It is the highest combat weight of his professional career – and still significantly less than most other active elite boxers in the premier class. Nevertheless, the 34-year-old WBC world champion is one of the hardest punchers in boxing history. His knockout rate (95.3% – 41 knockouts with 42 wins) is higher than that of Mike Tyson or George Foreman.

Wilder is characterized by raw strength, which is mainly in his right hand. Many of his actions seem wild and hurried. But the American is more tactical and structured in his offensive actions than you can see at first glance: Wilder’s most dangerous weapon is the right cross, a diagonally struck mixture of hooks and straight lines. As a rule, he prepares this attack with a refined left hand.

In the first encounter, Fury mostly managed to escape Wilder’s right by diving down. This is unusual for a boxer of his size, after all, the Brit at 2.06 meters is even longer than savage, but typical of Fury. He anticipated Wilder’s blows and skillfully swung them out. He often evaded the preparatory left and then turned away a second time to avoid the right, although no further blow from Wilder followed. The excellent defensive work and his remarkable mobility are Fury’s strongest weapons.

On the offensive, Fury scores especially with the jab. The Briton does not have the destructive knockout power of his opponent, but gets his opponents out of rhythm with many quick hands and wears them down in the long run. The combination of a good defensive and quick struck hands can make twelve rounds against Fury a frustrating affair. Wladimir Klitschko had to experience that too.

Since he was knocked down by former cruiserweight Steve Cunningham in 2013, there have been doubts about Fury’s taker skills. But they have been wiped out at the latest since the first fight against wild animals.

The Briton provided the next surprise eight weeks before the rematch: In mid-December, Fury announced the dismissal of his longtime coach Ben Davison. Apart from the time, the decision is also difficult to understand from the outside. After the fight with Wilder, Davison was praised for the tactical and mental care of his protégé. “Just don’t get too greedy,” he funneled Fury over and over again during the ring breaks, and had such a large part in that Fury boxed out classic, with the exception of less critical moments, without risking too much.

Fury’s father John saw Davison as the main person responsible for his son’s weak performance against the Swede Otto Wallin last September. Fury won unanimously on points after twelve tough rounds, but lacked the usual light-footedness and variability. “Ben is a good boy, but he was just a physical education teacher. When it came to technology and knowledge, I saw a lot of mistakes in his work,” said John Fury to BT Sport. Davison was replaced by “Sugar Hill” Steward, the nephew of the legendary coach Emanuel Steward who died in 2012 and who trained Wladimir Klitschko, among others.

Should Fury make the mistake of engaging in an open exchange with Wilder, it will be a short fight. In any case, Wilder is a favorite in the ring – especially since he is a specialist in rematches. Against Bermane Stiverne Wilder had to do the full twelve rounds in 2015, in the rematch two years later he knocked out Stiverne in the first round. The strong Cuban Luis Ortiz brought Wilder to defeat in 2018, Wilder dominated the rematch in November 2019 and won by knockout. in round seven.

An early victory for Wilders would come as no surprise. But it also seems possible that Fury will prevail on points. Whoever wins the fight can no doubt call himself the best heavyweight in the world. And should the new edition also end in a tie or controversy, there would be the possibility of a third duel. The next good reason would be to set the alarm clock and get up at night.

Alexandre Hassanin is a lecturer at Sorbonne University and a researcher in evolutionary biology at the National Museum of Natural History. It...
Read more

Residents of Sweden can still designate a winner of the Eurovision Song Contest this spring. The channel SVT, which normally broadcasts the song festival...
Read more

Alexandre Hassanin is a lecturer at Sorbonne University and a researcher in evolutionary biology at the National Museum of Natural History. It...
Read more

Residents of Sweden can still designate a winner of the Eurovision Song Contest this spring. The channel SVT, which normally broadcasts the song festival...
Read more

These are the best camera smartphones

It would be better if AvtoVAZ tried so hard for us! The most expensive LADA Vesta in the world – 380 “horses” above the...

TF1 had already announced a rotating co-presentation of "Dance with the stars" to compensate for the absence of Laurent Ournac. But the list remained...
Read more

Alexandre Hassanin is a lecturer at Sorbonne University and a researcher in...
Read more

Residents of Sweden can still designate a winner of the Eurovision Song Contest this...
Read more

These are the best camera smartphones