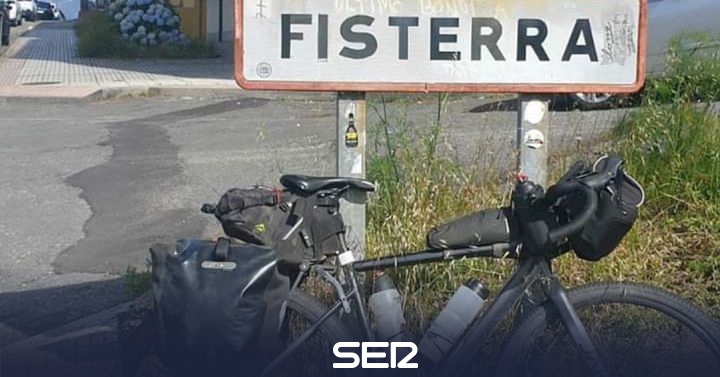 The tremendous versatility is one of the advantages of ‘gravel bicycles’, a real discovery to carry out adventures like the one that Félix San Juan, known as ‘El Búfalo’, has starred in for 14 days. He has traveled his particular Camino de Santiago, starting from Alicante and ascending through Teruel and Zaragoza to Roncesvalles where he has started the so-called French Way.

In total there have been 1,741 kilometers with a positive difference in altitude of 20,780 meters to conclude the journey in Finisterre.

With Félix we have spoken in Outlaws and he has shown us once again how this pilgrimage is still a path of introspection, since in the long stages that he has done alone – he admits – he has come to speak with his tattoos; specifically, with a very special one.

It has been a long route, with stages of up to 185 kilometers, where he has put to the test, above all, that part of his anatomy on which the weight of the cyclists rests. We don’t need to give more details, right? And in which the bicycle has demonstrated its robustness and has not suffered a puncture.

With him and with Miguel Ángel López ‘BigMike’ we have talked about the support he has received to make the trip, especially that of his wife, Carmen, who has managed to prevent him from having to sleep in the open for a single day and about questions of basic quartermaster. And it is that although the bicycle had saddlebags, to carry out this type of trip it is convenient to carry the basic luggage, obviously, to reduce the weight.

In short, you can see how each one can choose the path they want to make this pilgrimage, after all, it seems that all roads -and more this year- lead us to Santiago de Compostela.

The rigid beast has arrived.. Toyota Yaris 2022 in Saudi Arabia, with specifications and prices, not in dreams In the United States, the lack of labor gives insurance to workers