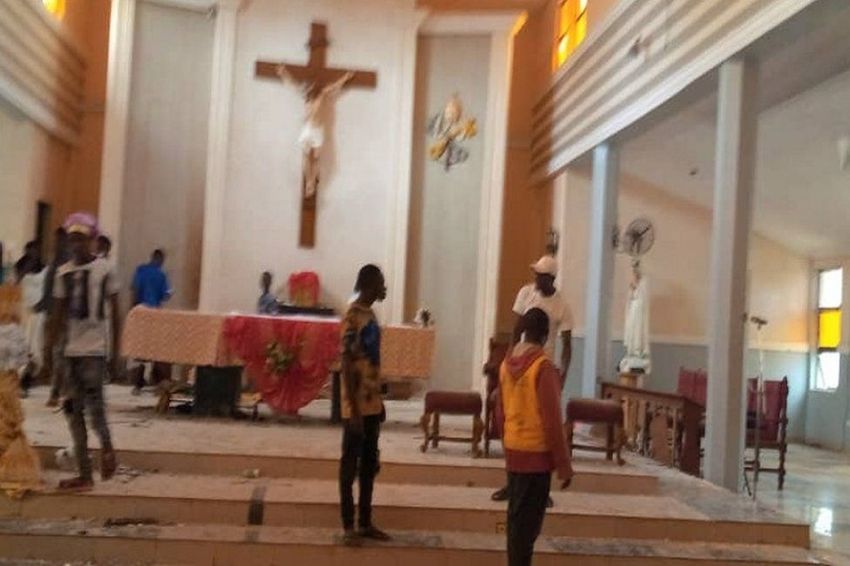 St. Francis Catholic Church in Owo, Nigeria, was attacked by armed groups during Holy Mass on Sunday (5/6/2022). As many as 50 people were killed. Photo/BBC

ABUJA – Gunmen attacked a church Catholics in the southwest Nigeria during mass on Sundays. As many as 50 people, including women and children, were killed.

The identities and motives of the attackers are not yet clear.

Authorities have not provided details about the gruesome attack.

Also read: Conflict with Ulama, a Man Burned to Death

“It is very sad that during Holy Mass, unidentified gunmen attacked St. Francis Catholic Church…leaving many people feared dead and many others injured and the Church harassed,” said the spokesman for Catholic Church authorities in Nigeria, Reverend Augustine Ikwu.

Ikwu said the bishop and priest of the parish survived the attack unharmed.

A doctor at a hospital in Owo told ReutersMonday (6/6/2022) that at least 50 bodies have been taken to two hospitals in the city from the attack.