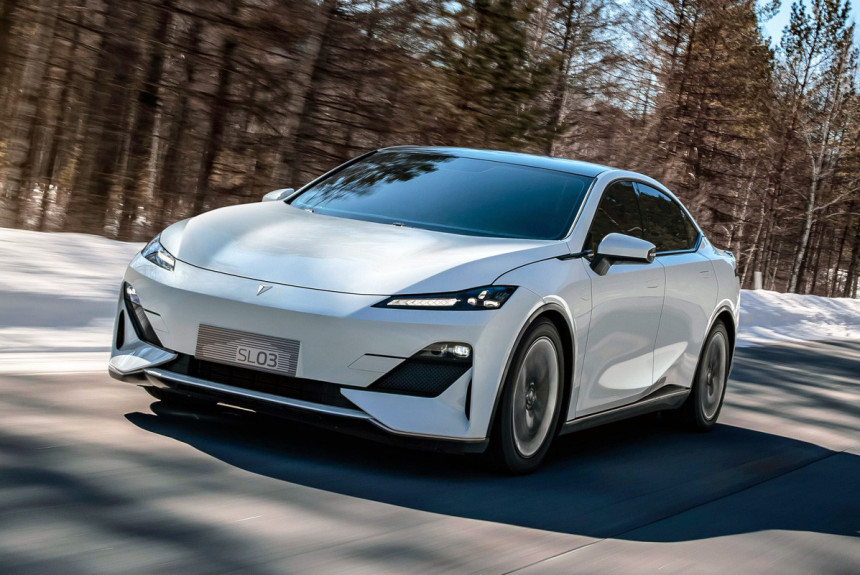 The Chinese concern Changan already has subsidiaries and joint brands Oshan, Lumin, Kaicene and Avatar, and recently another one has appeared. The Shenlan brand was established in March, and its name can literally be translated from Chinese as “dark blue.” The first model was the Shenlan SL03 liftback, which was shown as a concept car called Changan C385 last fall, and is now ready for mass production.

Under the Shenlan brand, the company will produce vehicles with various types of electrified power plants. For example, for the Shenlan SL03 liftback, three options have been announced: a standard electric vehicle, a series hybrid, and an electric vehicle with a hydrogen electrochemical generator. Although so far only the basic electric version has been presented in two versions.

Taking into account such a pluralism of power plants for Shenlan cars, a new modular platform EPA1 has been developed, which is unified in terms of chassis elements with the Changan Uni-V liftback, but has a different layout of units and allows you to create cars with a wheelbase of 2800-3000 mm. The first-born Shenlan SL03 has a base of 2900 mm.

In size, it is almost Skoda Superb: length – 4820 mm, width – 1890 mm, height – 1480 mm. The Shenlan SL03 has frameless doors, 19-inch wheels, a standard glass roof and an original stern design with a sharp central fin. The marker lights both front and rear are made in the form of three petals.

There are almost no analog buttons and knobs in the cabin. The right-hand stalk is responsible for controlling the transmission, and the cup holders on the central tunnel are hidden by a sliding armrest. The large screen of the media system (14.6 inches) can rotate 15 degrees towards the driver or passenger, and the servo is responsible for this, receiving a command from the sensor: whoever reaches for the screen with his hand will turn to that.

A head-up display is also included in the basic package, and among the options there are adaptive cruise control and car parking. Moreover, the Changan company assures that in the future they will offer a third-level autopilot: to activate it, you only need to update the software, which is done “over the air”.

The electric Shenlan SL03 is offered in two versions, both with a single electric motor on the rear axle. The basic modification has a 218 hp engine, a 58 kWh traction battery and a certified range of 515 km according to the Chinese CLTC cycle. The second version is 258 hp, 78 kWh and 712 km, and the acceleration time to “hundreds” is 5.9 s. Although it is clear that the actual mileage on a single charge in both cases will be one and a half times less.

The hybrid will appear a little later. It will have the same 258 hp electric motor. and a reduced traction battery with a capacity of 30 kWh. The 1.5 petrol engine (95 hp) is intended only for recharging the battery and has nothing to do with the wheels. The maximum range of such a sequential hybrid is approximately 1200 km. As for the hydrogen version, so far only the mileage on one gas station (700 km) has been announced, and the developers also promise that all components of the electrochemical generator will be produced locally in China.

The electric Shenlan SL03 will enter the Chinese market in the third quarter. The estimated starting price is $23,000. Two more models will appear under the Shenlan brand, with the crossover expected as early as 2023.