Chorizo ​​is not a star: a French scientist apologizes

Home » Technology » Chorizo ​​is not a star: a French scientist apologizes 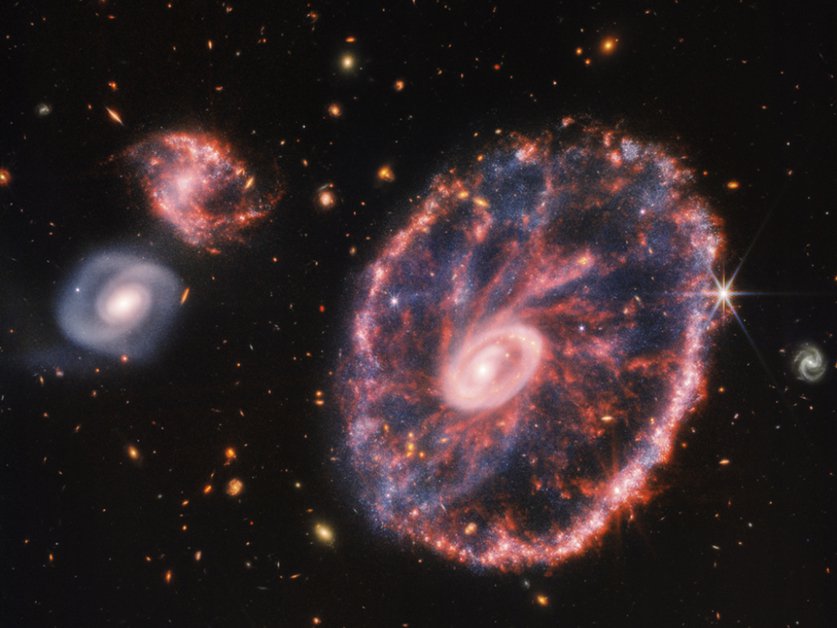 A French scientist has apologized on Twitter for a hoax that passed off a slice of chorizo ​​as a snapshot of the star Proxima Centauri. This gesture was intended to “encourage caution” about false images circulating on social networks.

“I come to apologize to those whom my hoax, which had nothing original, may have offended. It simply wanted to urge caution with regard to images that seem eloquent on their own,” tweeted Wednesday Etienne Klein, physicist and philosopher of science.

On Sunday, the scientist posted a photo of a slice of chorizo ​​against a black background, claiming it was an image of the closest star to the Sun, taken with the brand new James Webb Space Telescope ( JWST). “This level of detail… A new world is unfolding day after day,” he commented in a tweet.

His publication, revealed by the online media HuffPost, had some success on social networks, with 1,334 retweets and 10,000 “likes”. And deceived many people.

“I was surprised by the magnitude it took: I thought that the image was going to be immediately detected as false. And when I saw that a great journalist from BFMTV was ecstatic and that he risked to spread it, I told him it was a joke. He took it with a lot of humor,” Klein told AFP.

“I then apologized, because obviously some people have the impression of having been taken for chitterlings, which is not the case at all”, pleaded the researcher, also producer of the program “Science in questions” on France Culture radio.

The image of the slice of chorizo ​​is a recurring hoax, used in particular a few years ago to make people believe in the dark side of the Moon.

“The hoax is an old tradition among physicists,” said the 64-year-old scientist, research director at the Atomic Energy Commission (CEA). As he explained on Twitter, his gesture echoes the Sokal affair, named after an American physicist who published a hoax article in a peer-reviewed journal in 1996.

“A hoax has an educational virtue. It says our ability to be fooled, questions our relationship to sources… We saw during the Covid that certain isolated scientists could publish untruths without being contradicted”, added Etienne Klein. And to question the fact that his fake image was “much more ‘liked'” than the real JWST photos he had tweeted before.