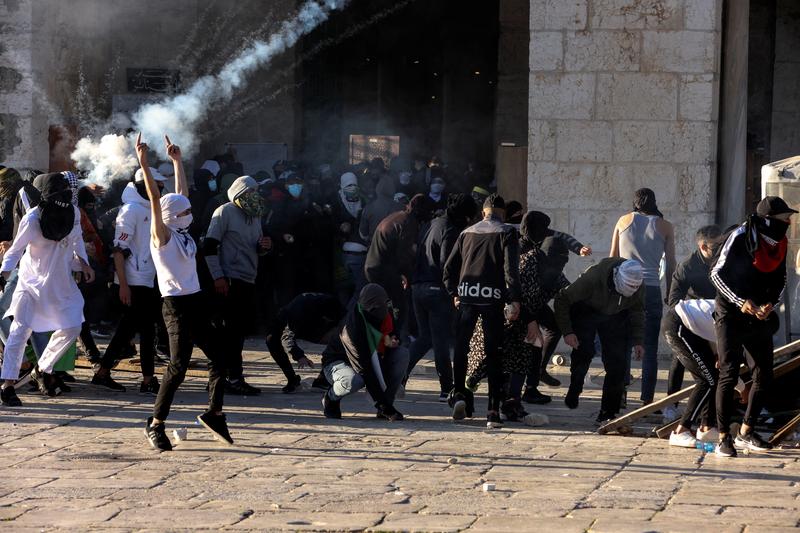 [Jerusalem 15th Reuters]–A riot broke out after a Friday morning worship in Ramadan (fasting month) on the 15th in the old city of Jerusalem, Israel, masked with police and stoned near the “Al-Axa Mosque”. Palestinians clashed.

At least 152 Palestinians were injured, according to the Palestine Red Crescent. Some were injured by tear gas and rubber bullets.

In Jerusalem, tensions are rising this year as Ramadan, the holy month of Islam, overlaps with the Jewish Passover and Christian Easter. Israeli security forces are also on high alert following a series of street raids by Arabs across the country over the past two weeks.

Police officials explained that they entered a sanctuary revered as a “temple hill” for Jews and a “noble sanctuary” for Muslims to disperse the violent crowd that remained at the end of the morning service. .. It is said that a group of Palestinians began throwing stones at the nearby “Wailing Wall”, a Jewish prayer place. Police have not entered the Al-Aqsa Mosque, the third sanctuary of Islam.

Hamas, an Islamic organization that effectively controls Palestinian territory Gaza, has accused Israeli police and stated that Israel is “responsible for the consequences.”