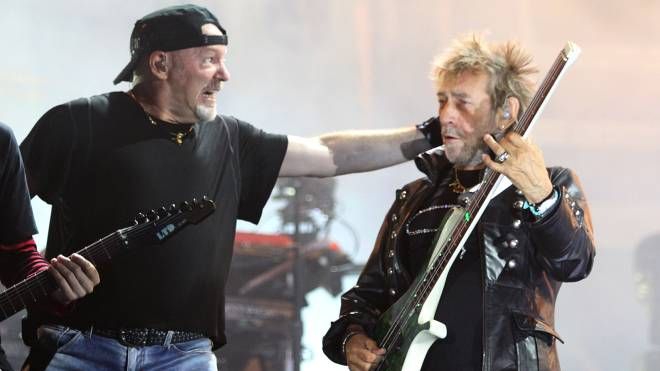 Bologna, 13 September 2020 – Liver transplantation for Claudio Golinelli (photo), Vasco Rossi’s bassist known as the ‘Gallo’, has succeeded. The surgery lasted half day. The message circulates on social media, directly from the pages managed on behalf of the musician. “The surgery went well – we read on Facebook -, the vital parameters are satisfactory. The functions of the new liver they are good and for now no particular problems have emerged. It’s only the first step, but it’s a good start! “.

The Kom: “We are all with you”

The ‘Gallo’ was diagnosed with liver cancer in 2008. In 2018 he was forced to skip the tour with Vasco after suffering an illness in Lignano Sabbiadoro. Three days ago he was in Priverno, in the province of Latina, to participate in a rock festival. Just at that moment, here is the long-awaited call from Bologna: “You have to run to the hospital the transplant is ready“So, without waiting a minute longer, escorted by the carabinieri to the motorway, he set off for the operation in one of the most efficient and avant-garde centers.

On the same page, yesterday evening, another post had emerged to thank all the fans for the support and words of encouragement for the intervention in the operating room of the Sant’Orsola Polyclinic. Also Vasco Rossi, on Instagram, he shared a ‘story’ in which he repeats: “Come on Gallo, we are all with you!”. Many VIPs who wanted to be close to him: among the numerous likes and messages, even those of Paola Turci, Francesco Renga, Nek and Alessandro Borghese.