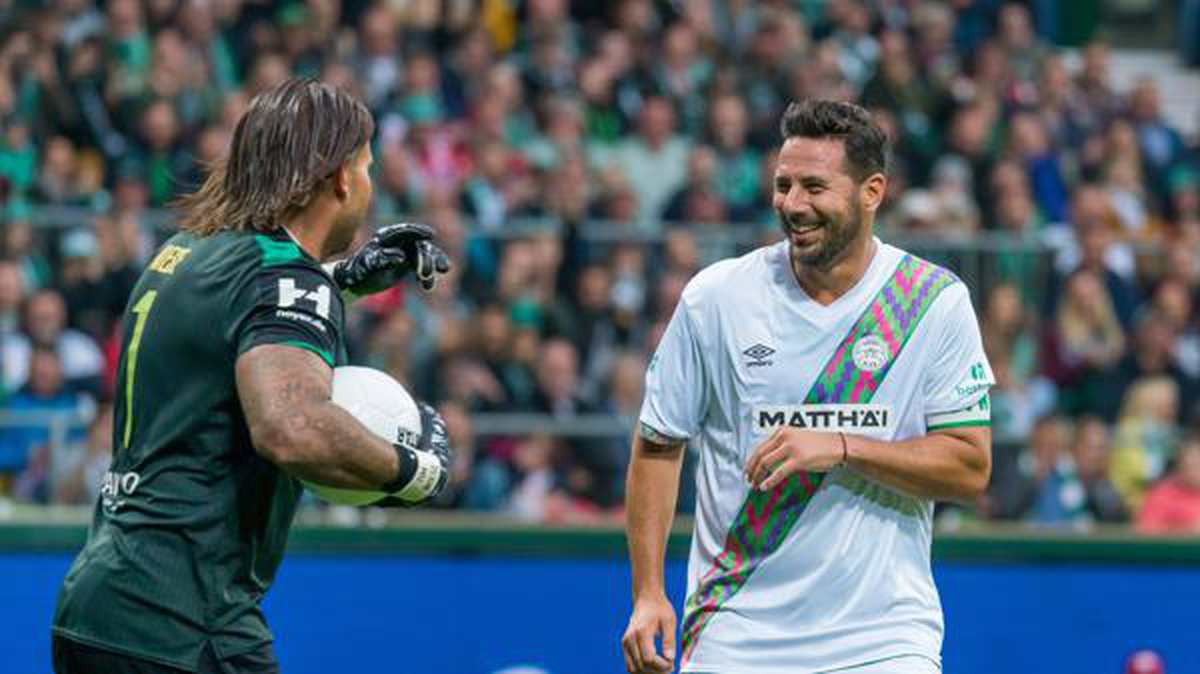 Bremen
Claudio Pizarro once again demonstrated his accuracy in his farewell game. The 43-year-old Peruvian scored a total of four goals in Bremen on Saturday, making him the top scorer of the day. In the sold-out Weser Stadium, an all-star selection from Werder Bremen and Bayern Munich and a team with Pizarro’s friends played three games of 30 minutes each. Among others, old companions such as Johan Micoud, Ailton, Arjen Robben, Giovane Elber and Mario Gomez came to Bremen.

“It doesn’t get any better than that,” said Pizarro after leaving the pitch at 7:25 p.m. and thus finally ending his career. “I feel at home here. I’m really happy that I played my last game here,” said the striker, who scored 197 goals for Werder Bremen, Bayern Munich and 1. FC Köln in the Bundesliga. Pizarro was German champion six times with Bayern and won the Champions League in 2013. In 2020 he ended his professional career in Bremen. Because of the coronavirus pandemic, the farewell game could only take place this year.