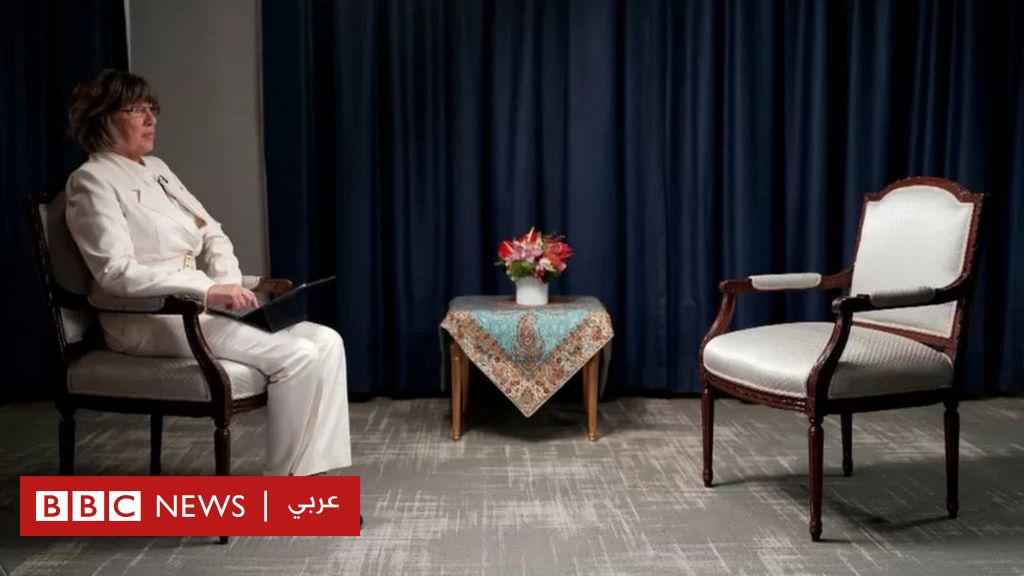 CNN anchor Christiane Amanpour canceled an interview with Iranian President Ebrahim Raisi after he asked her to cover her hair during an interview in New York.

The famous announcer said that none of the Iranian presidents set this condition for her when she interviewed them outside Iran.

She stated that one of my boss’s aides understood her that his condition was related to “events in Iran”.

Violent unrest erupted in the country following the death of a girl in detention after being arrested for violating a law relating to head coverings.

Mahsa Amini, 21, fell into a coma last week, hours after her arrest, by the morality police.

According to reports, police officers hit her in the head with a stick and smashed her head into one of their cars. But the police said there was no evidence that she had been beaten, but that she had been the victim of “sudden heart failure”.

The protests, on their seventh day, reached 80 other cities and towns, and at least 17 people were killed in the confrontations.

He was expected to be the first major interview with CNN for the Iranian president in the United States.

Christiane Amanpour said she was ready for the dialogue, on the sidelines of the UN General Assembly, when an aide to the president insisted that she cover her hair at the request of my boss.

She later wrote on Twitter: “We are in New York and there is no law or tradition regarding headscarves.”

She explained that the assistant president understood that the dialogue would not take place unless she covered her hair, saying, “It is a matter of respect.”

The CNN team abandoned the dialogue, rejecting what it called an “unprecedented and unexpected condition”.

The American broadcaster published a picture of her without a headscarf in front of a vacant chair on which the Iranian president was supposed to sit, during the interview.

Raisi was elected last year, and in August he issued a decision to implement a number of new restrictions.

Among these restrictions are the operation of surveillance cameras to fine women who do not wear a headscarf and refer them to “preaching”, and the imprisonment of those who post content against covering poetry online.

The new restrictions led to an increase in arrests, but also prompted more nights to post pictures of them without headscarves on social media. This wave intensified after the death of Mahsa Amini.