Colomiers storming the Alps to stay on the summits

Home » News » Colomiers storming the Alps to stay on the summits 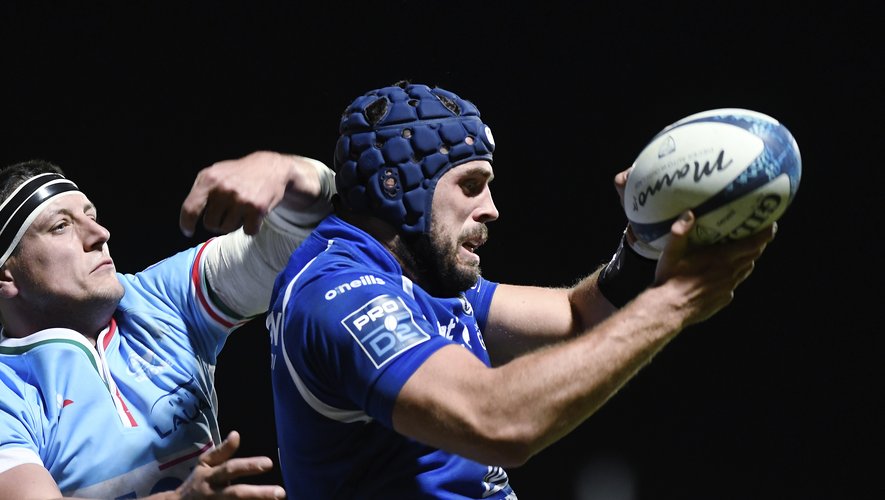 the essential
After their defeat in Béziers, the Columérins have the opportunity to redeem themselves at the Stade des Alpes. A new meeting of size against a competitor for the qualification.

The scenario of a defeat in the very last moments, which was so successful at the Columérins at the start of the season, failed them in Béziers, as in Nevers two weeks earlier. What could have disrupted the Haut-Garonnaise machine, yet so strong in money time? “The scrum in the middle of the field six minutes from the end of the match changes everything, regrets Mihai Macovei, captain in the Hérault. The central referee whistles a penalty for us and then against us. That’s what breaks the match.” So, all week it was a question of turning this frustration into motivation, to quickly move on. A mental gymnastics initiated by the staff and leaders such as the Romanian international. “You have to keep the bad things in mind so that you don’t make the same mistakes next time. Then it’s only game eight, it’s not even halfway through the season.”

In addition, the current schedule of Columérins does not allow them to rehash this cruel final. “We prepared ourselves as for all meetings, whether at home or away, that is to say with a lot of enthusiasm,” said head coach Julien Sarraute.

An opponent in difficulty at home

Many mysteries surround the next opponent of the men of the Sarraute-Berneau duo. The FCG may well aim for qualification for the finals, it is in tenth place and has a very poor home record. With only one victory in four games, the Grenoblois have the second worst total in the championship and the worst attack at home. What makes the atmosphere of the Stade des Alpes to say the least calm lately … But Julien Sarraute is wary of the team of his counterpart Fabien Gengenbacher: “We expect a really very intense match. The Grenoble team puts a lot of volume of play, intensity in its rugby. It also has really very powerful individualities. It is a dangerous team which made an excellent performance in Nevers (draw 21-21, Editor’s note). “

To bring back points from Isère, Colomiers rugby will therefore have to “raise its quality of play”. And better defend around the rucks, an area that cost another try (crucial moreover) last week. The three-quarter coach specifies: “It will be necessary to be much more efficient”. It is up to Colomiers to restart the machine.