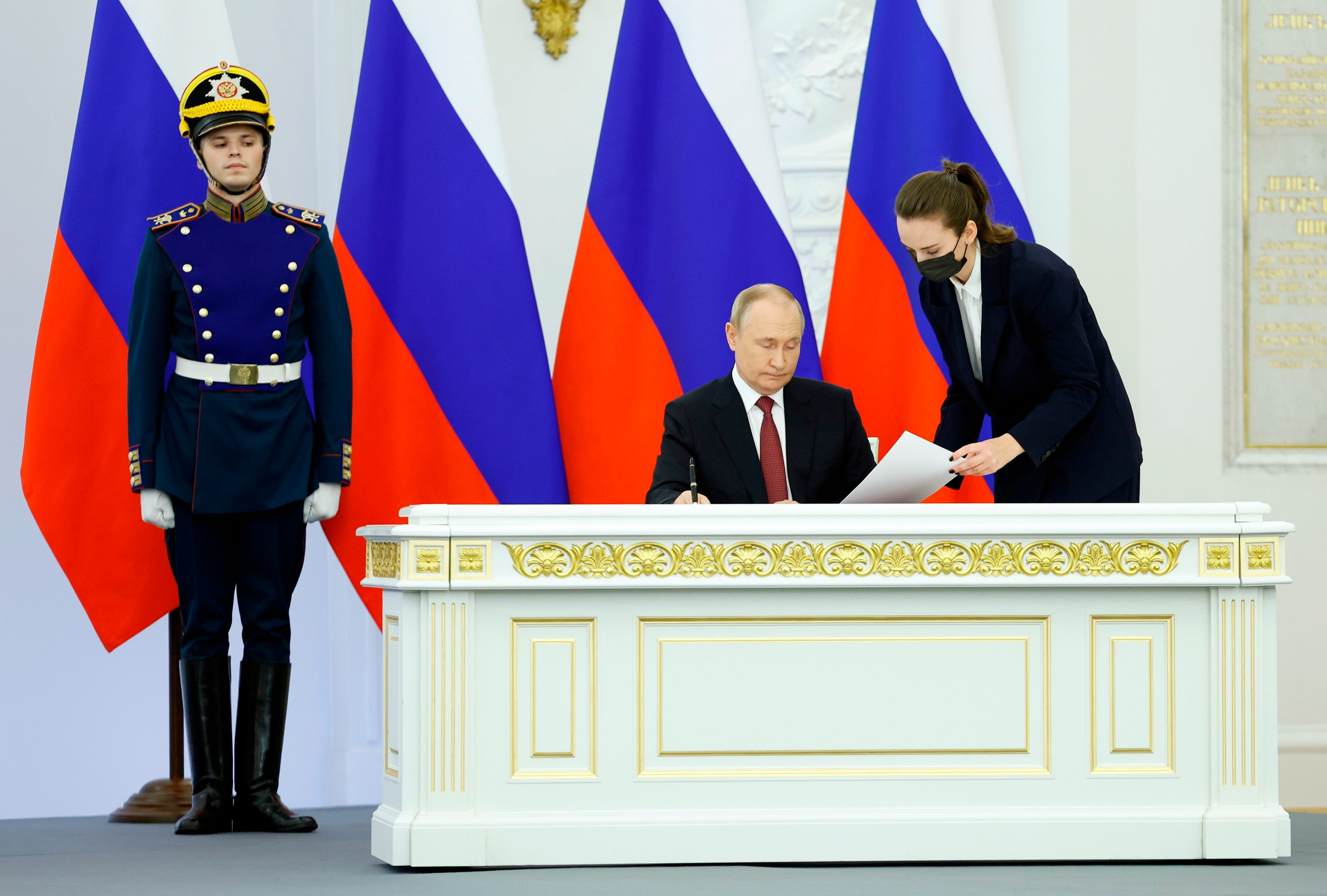 Against an imperial backdrop, Russian President Putin today declared 15 percent of a neighboring country to be Russian territory. Neither the golden Great Kremlin Hall nor the stage in Red Square could hide the fact that this was a lonely spectacle in Putin’s own world, a booth magic intended to impress the international community.

Today, the warlord in the Kremlin has distanced himself even further from the international community. Forcing a neighbor to surrender his country at gunpoint and selling it as a transparent vote in full accordance with the norms and principles of international law only works in Russia because of the propaganda machine there that has been brought into line there and that people follow for convenience.

After the annexation, Ukrainians have to shoot at their own people

Most of the world sees it differently, but Putin has long since turned his back on him. In his self-imposed isolation, behind the Kremlin walls he can no longer be reached for objections that could persuade him to correct his course. The people in the subjugated Ukrainian regions have to pay for his megalomania.

Anyone who hasn’t been able to leave long ago, who stayed for family or other reasons, must now submit to the new governors, 90 percent of whom are upstarts from the third and fourth tier of Russian authorities. They will execute what Moscow orders. Including the mobilization of the male population of Ukraine. The perfidy will come true: that Ukrainian men from the annexed territories will have to reinforce the ranks of the Russian army and thus shoot at their own compatriots.

No one from Russia will stop Putin

The Kremlin ruler can wreak this havoc because nobody at home can stop him. Tens of thousands of men flee to avoid conscription into the army. They do not prevent the deaths of Ukrainian men, women and children, because other Russian citizens are drafted in their place, those who cannot afford to leave the country.

If these men, who are fleeing en masse today, and Russia’s women, took to the streets instead, they would at least make their government think twice. And they would show that the Russians do care about the suffering caused in the name of their country in the former brother nation next door. They would take care of stopping the killing. But so far, these middle-class men have chosen the very simplest path: run away and leave the shambles behind.

Sabina Adler, journalist and author. Studied journalism at the University of Leipzig, then broadcaster Magdeburg, radio ffn, Deutsche Welle. With Deutschlandradio since 1997, including positions as Russia correspondent and head of the capital city studio. 2011-2012 Head of Press and Communications German Bundestag. Then Eastern Europe correspondent, currently head of the reporter pool.