Consumers keep their money together 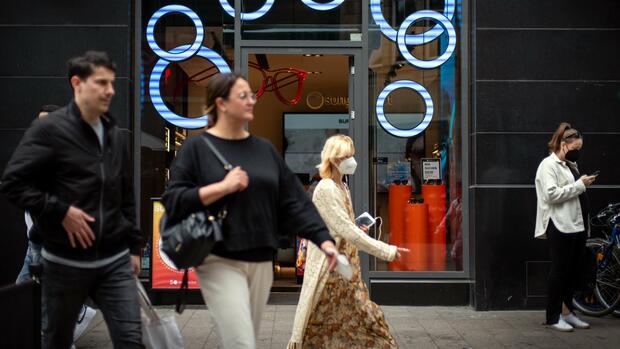 Düsseldorf These are not easy times for consumers. The prices for many everyday products are rising unchecked, reserves are falling, and hardly a day goes by without warning of high back payments for ancillary costs and further jumps in energy prices. At the same time, there is less hope that the unions could push through lavish salary increases and thus at least partially compensate for the loss of purchasing power.

“We will become poorer,” said Economics Minister Robert Habeck (Greens) – and with such clear words, it is not surprising that the mood of the Germans has slipped to a low point. Instead of the hoped-for higher consumption after the end of most corona measures, consumers are keeping their money together – as best they can.

And so the HDE consumption barometer for July was again slightly lower than in the previous month at 89.50 points and thus slipped to an all-time low. The barometer is calculated monthly by the Handelsblatt Research Institute for the HDE trade association.

The consumption barometer is based on a representative survey of around 1000 consumers. The individual questions are included in the index according to their relevance.

The economic expectations of consumers are particularly bleak and are now as bad as after the corona outbreak in 2020. At that time, the German economy collapsed by ten percent in the second quarter. On the other hand, the majority of economists are now assuming that the economy still grew slightly in the quarter that just ended.

The actual economic situation is therefore significantly better than two years ago. Nevertheless, consumers are worried about rising interest rates and, above all, about rising prices, which is depressing consumer sentiment.

Consumers are apparently trying to compensate for the increasingly clear loss of purchasing power by creating fewer savings or even liquidating savings. People’s willingness to save money fell to an all-time low in the July survey.

Retail is currently helped by the fact that many people increased their reserves during the corona lockdown, as many consumption options were severely restricted. The year 2022 has not gone badly for the industry so far. According to the Federal Statistical Office, in the first five months dealers turned over three percent more in real terms than in the same period last year.

The growth in trade in textiles, clothing, shoes and leather goods was particularly strong. Here, sales doubled compared to the same period of the previous year. Department stores posted a real increase of a good 40 percent. On the other hand, sales in the Internet and mail order business, which had been growing for a long time, declined significantly. In the first five months of the year, online retailers had to accept a good ten percent drop in sales in real terms.

Visitor numbers in the inner cities are increasing

It is possible that this negative trend for online trading will intensify over the summer. The “nine euro ticket” that has been in effect since June seems to be making inner cities more attractive again. There, the number of visitors rose sharply in June in many places.

Particularly strong increases were registered in Hamburg, Leipzig and Cologne, where up to 50 percent more pedestrians were measured in some cases. This is shown by data from the laser scanner operator “Hystreet”, which shows the number of visitors at certain locations in inner cities. In addition to retailers, city center restaurateurs could also benefit from the higher number of visitors.

Nevertheless, it remains unclear whether more will be bought. In any case, the HDE barometer does not predict an increase in consumption.

More: “Breathing” thanks to the nine-euro ticket – inflation in Germany is surprisingly falling