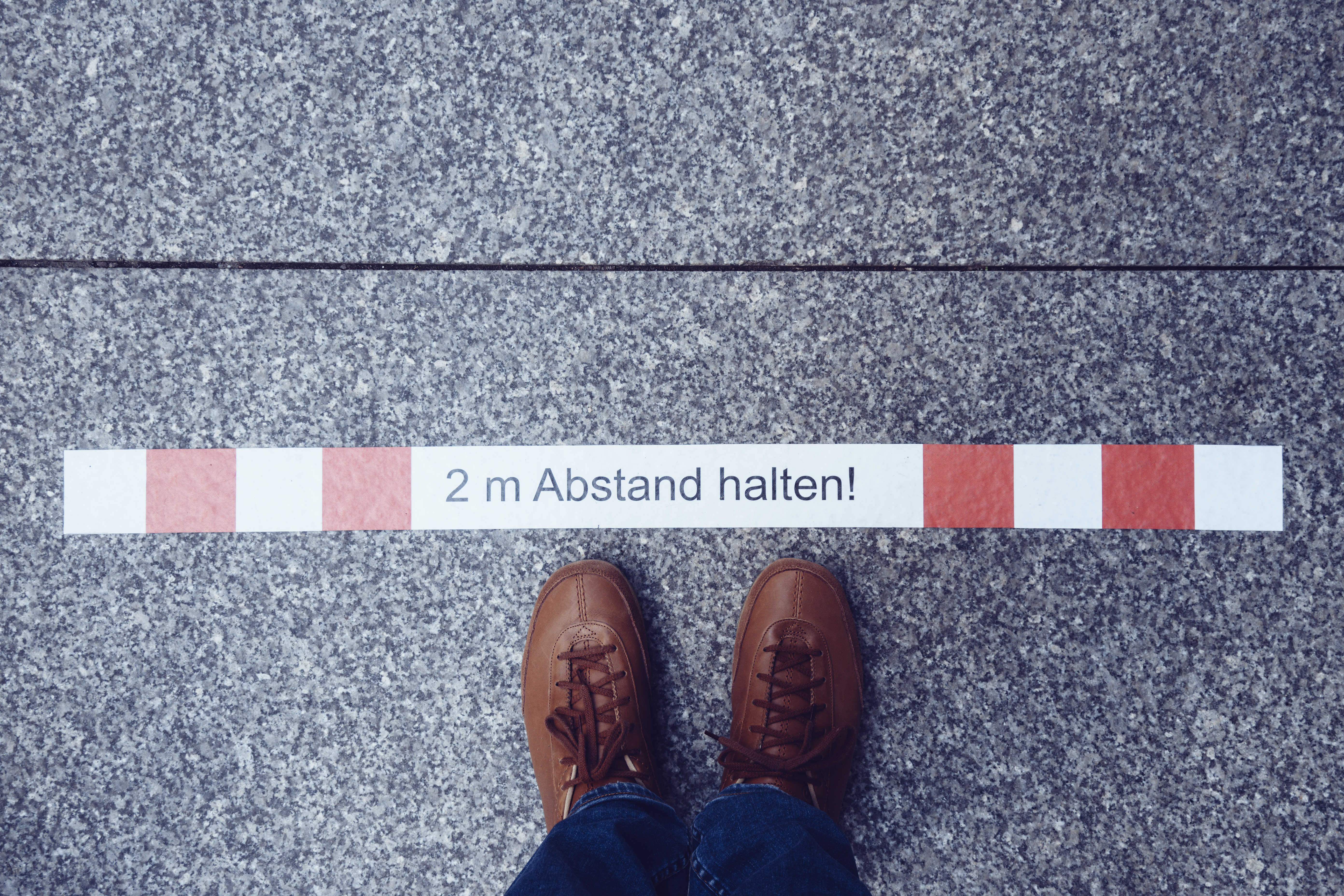 Distance is important at the moment. (Icon image: Getty Images)

The distance obligation is also one of the tools in Germany that politicians want to contain the corona pandemic. According to a recent study, however, the measure has reached its limits as it does not take into account the various factors that influence the risk of infection. In other words: it is too undifferentiated. For this reason, the researchers argue for a different, in their opinion more effective solution to the fight against the pandemic. This is basically a system that is also known as a corona traffic light.

Among other things, the corona measures are based on the “outdated” knowledge that there are two differently sized breath droplets. They are also based on the conviction that the large droplets fly one to two meters after exhaling, and accordingly only the small droplets, also known as aerosols, can spread over greater distances depending on the air flow.

According to the researchers, these factors ensure that even the largest droplets can spread beyond two meters. “If you take into account the exhaled airflow, clouds of tiny droplets can move over two meters in the air, and even large droplets have a greater range.”

The researchers include those activities and rooms that encourage the breath droplets to spread as risk factors. This includes, for example, singing in a church choir and exercising in the fitness studio, where you also breathe in and out intensely. Talking loudly also increases the flight path of the respiratory droplets, which is why the researchers classify rooms with loud ambient noises as risky, such as bars and factories. Last but not least, environmental influences such as the air situation inside or outside played a role.

Based on these findings, the researchers derive a recommendation for a more effective corona policy. As you write, this would have to take into account the “different risk levels”. This also applies to the distance obligation, the effectiveness of which the experts do not deny per se. However, this measure should rather be limited to situations in which there is a “highest” risk of infection, for example in places with large crowds of people. The distance should not be one to two but more than two meters. In “low-risk scenarios”, however, “less strict distance rules are appropriate”.

The researchers are basically pleading for a solution that is now known as the corona traffic light. It is a system that divides the epidemic situation of a country into different risk levels. A signal color corresponds to each degree of risk. If, for example, the infection rate is high in one place, the alarm level is correspondingly high. To stay in the picture: The traffic light switches to red. If the risk is at the medium level, the yellow color lights up; if the risk is low, the traffic light switches to green.

With the traffic light system, politicians hope to react to the Corona situation and development with differentiated and targeted measures. Corona traffic lights are already in operation here and there. Berlin has been using the warning system since May. A total of three traffic lights “light up” there, one for the number of new infections, one for the reproduction rate and one that indicates the occupancy of the intensive care beds with COVID-19 patients. In Austria, a corona traffic light is to be used on September 4th. According to media reports, the “dress rehearsal” will take place from this Thursday. It consists of four colors: red for very high, orange for high, yellow for medium and green for low risk.