Corona virus: Germany is so far from Merkel’s target

OAlthough Germany is only at the beginning of the corona epidemic, the debate about a return to everyday life is already underway. Chancellor Angela Merkel (CDU) is very cautious and only wants to see a significant decrease in the dynamic as the number of infected people increases.

Initially, these would have doubled every two days, currently it happens every four to five days. “We have to do a lot more days with our measures, in the direction of ten days,” she said at the end of last week. “We need all measures unabated,” said government spokesman Steffen Seibert on Monday in Berlin.

The CDU Presidium also confirmed in an internal meeting on Monday morning: the country would only be on the right path if the “doubling time” of the infected was ten days. What does that mean given the numbers?

The Robert Koch Institute’s (RKI) daily published figures are an important foundation for politics. However, the RKI points out that it is dependent on reports from the health authorities. Messages sometimes drop out here, are delivered later and were irregular, especially on weekends. But if you look at a period of one week – here from March 21 to 27 – a rough picture emerges. On average, a daily increase in infections of around 17 percent was reported.

This coincides exactly with the Chancellor’s observation of a current doubling in four to five days – as of last week. According to a calculation by the “Süddeutsche Zeitung” – as of Monday – the doubling rate is now 5.5 days.

Merkel would be the first to announce a relaxation of the strict measures, said spokesman Seibert on Monday. But she was convinced that it would be wrong to raise hopes now that could not be fulfilled.

It is true that the percentages were clearly higher than a week ago. Statistics experts from the Universities of Regensburg and Mainz believe that they see that the first restrictions on public life have already had an impact. The Bundesliga has not played since March 14 and major events have been canceled. As of March 16, almost all schools and day care centers were closed. The incubation period – i.e. the time between infection and symptoms – is usually between five and 14 days for the coronavirus.

What is clear, however, is that Merkel’s doubling in the “direction of ten days” means that the percentage rate will drop below ten percent. With ten days, this would be a daily rate of a good seven percent. Merkel therefore requires at least a halving of the dynamic in the number of infected people before considering relaxing the ban on contacts.

It will also take some time until the first schools in Germany open again, according to World Medical President Frank Ulrich Montgomery. “If the numbers continue to develop as they do now, we should be able to count on them in May,” he told the “Bild” newspaper. This applies to regions that are not extremely stressed. In addition, one had to reserve the possibility of closing the schools again if necessary.

There are now 2462 confirmed cases (as of March 29, evening). But the percentage increase from day to day was recently much lower than in the previous weeks, as an evaluation of the daily figures published by the Senate by the German Press Agency showed.

Accordingly, the so-called doubling time became longer and longer. However, it is understandable that the numbers of people who are in hospitals or who need treatment in intensive care units are increasing somewhat more quickly.

The first documented case was reported in Berlin on March 1st. In the days that followed, there were initially further individual cases. As of March 9, the daily increase in published numbers was between 20 and 46 percent. The doubling periods ranged from two to a little over three days. This does not take into account the number of weekends that are incomplete because not all health authorities transmit values.

In the third week from March 16, the percentage increases decreased to values ​​between 15 and 36 percent. The number of confirmed infections doubled approximately every 2.5 to 4.5 days. In the past week from March 23, the increase was between 11 and 18 percent and the doubling periods were often just over 5 days. The State Office for Health and Social Affairs (Lageso) had also calculated on Thursday a decrease in the percentage increases on Thursday.

However, experts emphasize that it is too early to judge whether protective measures work like exit restrictions. The Reinickendorfer medical officer, for example, told the dpa at the weekend that he considered the current infection numbers for the capital to be underestimated. “The increase in the number of cases can only be as large as the test capacity,” said Patrick Larscheid. The tests are still limited to 2000 a day. But the need goes beyond that. You don’t see all cases in the statistics. Therefore, comparing the percentage increases based on the official number of Berlin cases is “a mistake”.

In addition, a time lag between infection and test results must be noted. It is also not known how many tests have been carried out in Berlin to date. The test criteria are relatively strict, but have recently been relaxed somewhat. Last Thursday, the Robert Koch Institute (RKI) announced that a previous stay in a risk area like South Tyrol is no longer a prerequisite for the test. According to the RKI, only people with symptoms should be tested. The decision on the basis of further criteria, such as contact with a confirmed Sars-CoV-2 case, is made by the treating doctor.

Börse Express – ROUNDUP: Ströer sees itself well prepared for the corona crisis despite the strain 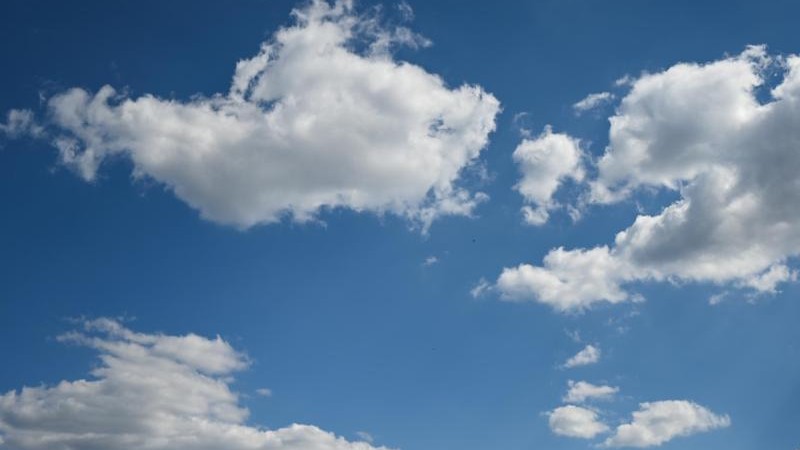