Create an app with Swift Playgrounds, our new series for Club iGen 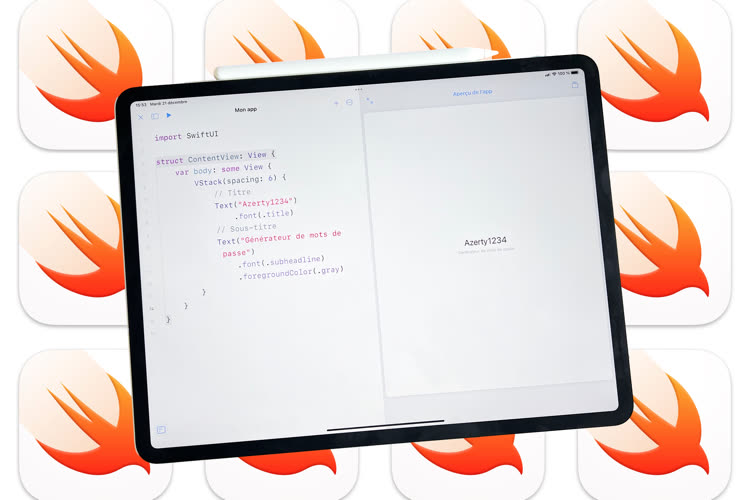 Since the release of the fourth version of Swift Playgrounds, it was in mid-December, it is possible to create an iOS app entirely on an iPad! From code to post, everything can be done on the tablet and with a preview that updates in real time on the side, it has never been easier. Hence this idea for our latest series for Club iGen: creating an app together using an iPad and Swift Playgrounds.

It is Florent Morin, developer for many years and regular speaker on our sites, who took care of this tutorial. In four chapters, he will explain to you how to create on your tablet “Azerty1234”, a password generator for iPhone and iPad. Some basic development knowledge is recommended, but you can follow it if you’ve never touched a single line of code.

Although the series is designed for Swift Playgrounds on the iPad, you can also create the same app with Xcode on a Mac. In addition, all the source code is available on our GitLab server, with chapter-by-chapter progression to help you find your way around. However, it is better to follow the explanations of Florent Morin as you go to make the most of the series.

The chapters will be published each evening, until the end of the series. To your iPad!