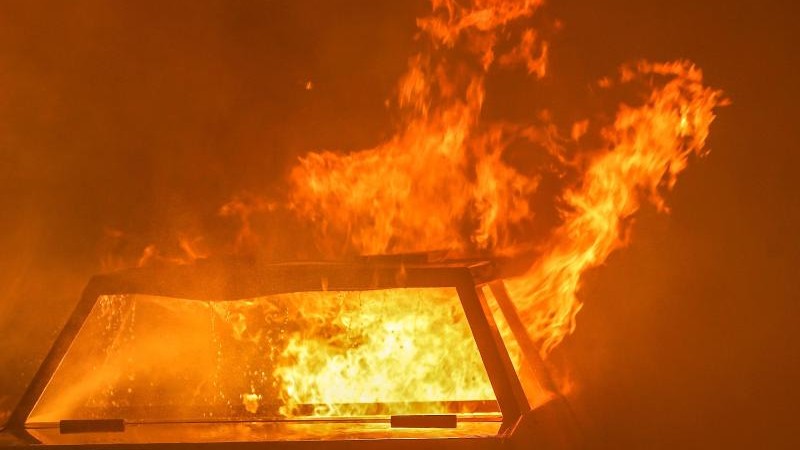 Offenbach (dpa / lhe) – Two car fires in Offenbach caused damage of around 100,000 euros. The police assume in both cases of arson, as announced on Thursday. First, a car burned out on a dirt road on Thursday evening. The license plate was missing from the car, according to the police it had been there for a long time. Another car caught fire later in the evening, in this case alone the damage was 90,000 euros. Nearby, a passer-by saw four youths running away quickly. It was unclear whether they were linked to one or both fires.