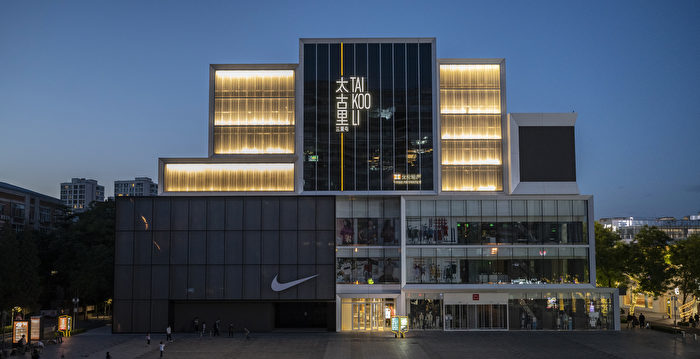 [Epoch Times, May 14, 2022](The Epoch Times reporter Li Jing comprehensive report) Bestseller, the Danish fashion retailer who first entered the Chinese fashion market, is about to close all offline stores of its fashion brand SELECTED in China. retail store.

Recently, a “Slade Notice of Termination of Retail Business” circulated on the Internet. The “Notice Letter” shows that in April 2022, Lingzhi made an important decision at the shareholders’ meeting and will close all SELECTED’s offline retail stores in China before July 31 this year.

This “Notice Letter” shows that due to the impact of the epidemic, the passenger flow of Slade’s offline shopping malls and department stores has dropped significantly. In April 2022, Lingzhi’s shareholder meeting made an important decision to close all of Slade’s offline retail stores in China before July 31 this year.

In response, Slade’s Tmall flagship store customer service responded to the Southern Metropolis Daily, “At present, we have received a notice from the company that the offline retail business of the Slade brand will continue to operate until July 31, 2022, and then will be closed.”

“City Express” reported that there is indeed news of Slade closing its stores, and many shopping malls in Hangzhou have received notices from the other side.

JACK&JONES, SELECTED, ONLY, and Vero Moda are the four major brands of Danish fashion retailer Lingzhi Fashion, and they are also the first foreign fashion brands to enter the Chinese fashion market.

Lingzhi Fashion’s parent company, Bestseller Lingzhi Fashion Group, was established in Denmark in 1975 and is one of the largest fashion groups in Europe. It owns nearly 20 brands including JACK&JONES, Vero Moda, ONLY, Vila, and JunnaRose.

In addition to the above-mentioned large-scale closure of Slade, in recent years, many foreign apparel brands have closed their stores or evacuated from China, including brands such as Uniqlo, Zara, H&M, etc., while rising labor costs and the authorities’ extreme epidemic prevention measures are the main reasons for the evacuation.

Uniqlo, a well-known affordable clothing chain, produced 90% of its products in China in 2013. By 2021, the proportion of Uniqlo foundries in Southeast Asia and South Asia, including Vietnam and Bangladesh, has risen to 40%.

“First Financial” previously reported that with the rising cost, a large amount of production capacity in China’s textile and garment industry has been transferred from the coast to Southeast Asian countries.