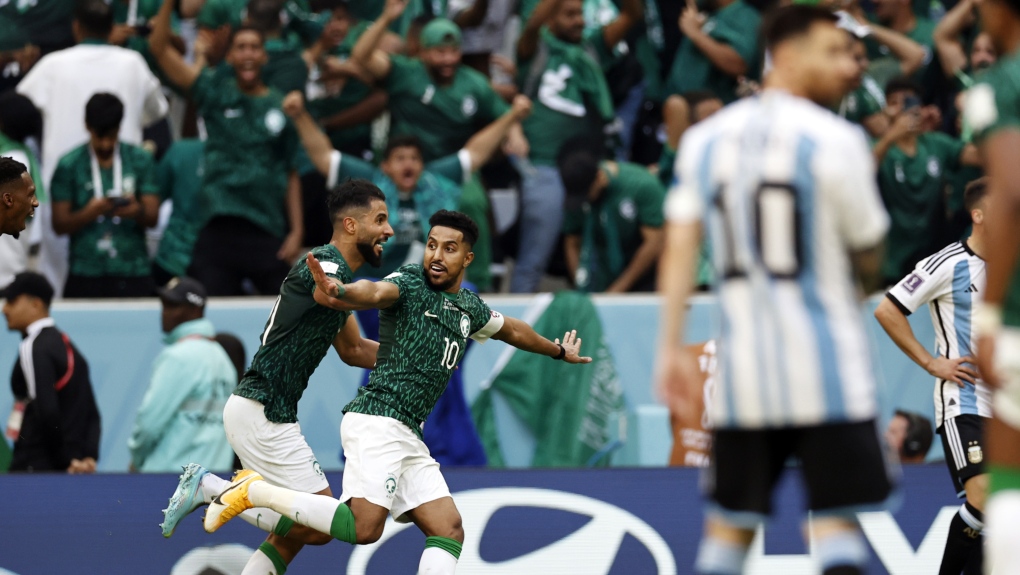 Another day of World Cup 2022 action returned as the Group Stage continued on Tuesday.


Previously on Monday, England hammered Iran 6-2, Netherlands edged Senegal late 2-0, while Wales and the U.S. played out a 1-1 draw.


More stunning results then made headlines on Day 3. Here is everything you need to know about what went down in Qatar.


Defending champion France opened its World Cup campaign against Australia with a 4-1 win.


Questions surround the French team with Karim Benzema, Paul Pogba, N’Golo Kante, Presnel Kimpembe and Christopher Nkunku all out due to injury, and things didn’t initially go its way in the opening match.


Australia showed it was ready to attack and scored within the first 10 minutes on a counter through Craig Goodwin. France defender Lucas Hernandez was forced off injured in the process, creating more concerns.


However, the holders then ramped up the pressure and pulled off the comeback to ease any pressure. Goals from Adrien Rabiot, Kylian Mbappe and two from joint-top scorer Olivier Giroud solidified they started the tournament strong.


Group D now has France on top with three points, Tunisia and Denmark have one while Australia has zero.


Barcelona superstar Robert Lewandowski had a 58th-minute penalty saved by Guillermo Ochoa but Mexico was the better side in a 0-0 draw.


Both sides will feel this was an opportunity missed after Argentina’s shock loss to Saudi Arabia earlier in the day.


Group C now sits wide open with the Saudis on top with three points, Mexico and Poland have one, and Argentina has zero with two matches to play.


Denmark and Tunisia played out a pulsating 0-0 draw at Education City Stadium in Al Rayyan.


Tunisia fans created an unbelievable atmosphere to make it seem like a home match for their side and the players put in an inspired performance. Issam Jebali found the back of the net in the 23rd minute but it was ruled offside. Jabeli was brilliantly denied by Danish keeper Kasper Schmeichel in the 42nd minute as well.


The Danes had a few chances themselves, substitute Andreas Cornelius hit the post with a header while Christian Eriksen had a shot heading for the top corner denied by Tunisia keeper Aymen Dahmen.


Group D now has France on top with three points, Tunisia and Denmark have one while Australia has zero.


Salem Al-Dawsari’s imperious strike in the 53rd minute capped off 15 minutes of bedlam to start the second half before Saudi held on impressively for the first major upset of the tournament against Argentina.


Saudi played an inspired second half after Lionel Messi gave Argentina the lead in the 10th minute. Saleh Al-Shehri scored with a clever left-footed strike in the 48th minute to tie the match.


Entering the tournament with a 36-match unbeaten streak and as one of the tournament favourites, this is a result that will send shockwaves throughout the soccer world.

Read also  An ex of Barcelona for the forward of Getafe


Group C now sits wide open with the Saudis on top with three points, Mexico and Poland have one, and Argentina has zero with two matches to play.


Day 4 is what we’ve all been waiting for as Canada plays its first men’s World Cup fixture in 36 years. CTV/TSN will have a special three-hour preview beginning at 11 a.m. ET.


Watch the matches live on CTV and TSN.