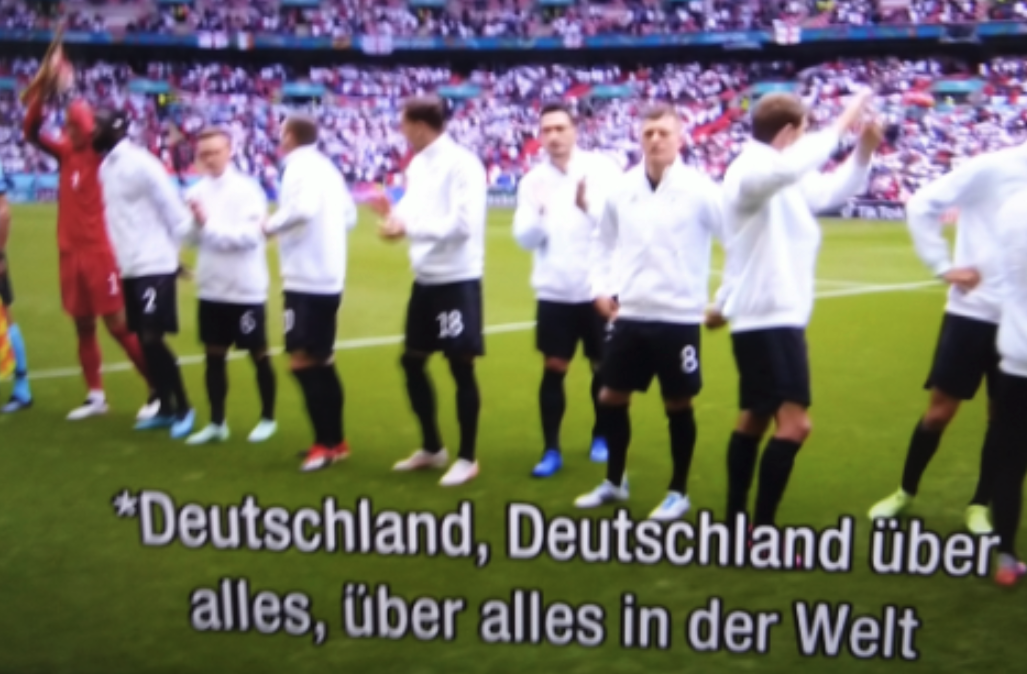 “Deutschland, Deutschland über Alles, über Alles in der Welt” has not been sung for some 76 years after an undisclosed German/Austrian head of state saw his ambitions thwarted in a damp and poorly ventilated bunker in the heart of Berlin. The NPO (Die at all having a bad day) therefore deep in the dust, fortunately the Allies have won this battle again.

Uh.. subtitles of @ NPO1, that is not quite the verse of the national anthem that the Mannschaft sings… Since the war, only the third verse of the ‘Lied der Deutschen’ has been sung (‘Einigkeit und Recht und Freiheit’) #ENGDUI
See https://t.co/YqV0C8G0tP pic.twitter.com/2ihvBnP7n3

North Korea, not a great country. A child knows that. But a ban on skinny jeans always plus 1.

North Korea has a problem with skinny jeans. ???? pic.twitter.com/syS9WeMoku

Hans Wiegel does his thing.

This is classic Hans Wiegel .Left Netherlands on his almost eightieth over him because of a #wolf fence. I can enjoy it . @baspaternotte @JanRiezenkamp @tonfvandijk https://t.co/mgJSDfskFT

We asked flight attendants to share their wildest stories with us — from explosive diarrhea, punting babies, and more https://t.co/EDsDamyovD

For a good night’s sleep and wake up healthy tomorrow!