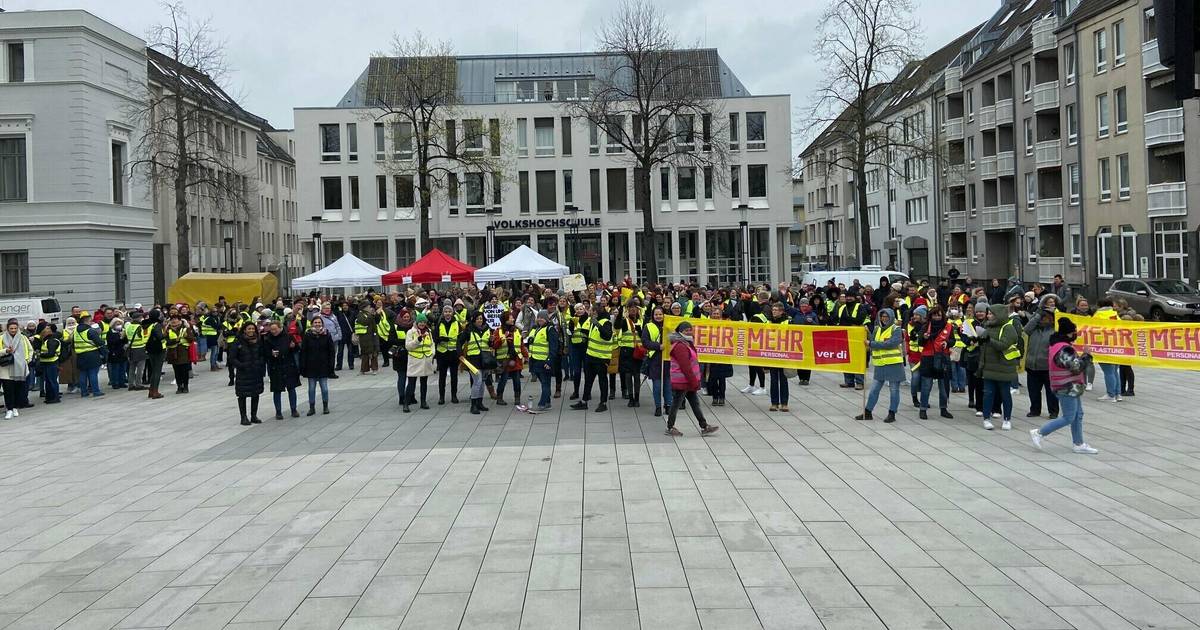 Viersen Verdi had called on employees from the social and educational services of the municipalities in the cities of Mönchengladbach, Krefeld, Viersen, Korschenbroich, Moers, Kamp-Lintfort, Meerbusch and Tönisvorst to go on an all-day warning strike.

According to the Verdi services union, more than 450 people working in social and educational services from the region took part in a warning strike with a rally in Krefeld on Monday. Employees from the city of Viersen were also called on to go on strike – Verdi district manager Dominik Kofent could not estimate at midday exactly how many were taking part. According to the city, the day-care center operations of the municipal facilities ran “normally”, and individual employees went on strike at two locations. Verdi demands, among other things, the improvement of working conditions and more money.

“Today we sent a clear signal on the Lower Rhine that the employers’ side of the negotiations must offer more in the upcoming negotiations,” said Kofent. “The resentment among colleagues is huge and will continue to spread to the streets if we don’t see any movements on the part of the employers.”